Did you really think that a mannequin made of bananas would fool anyone? Couldn’t you at least have painted it or put some clothing on it?

Was I expecting anything more than people to just look at it?

mannequin made of bananas 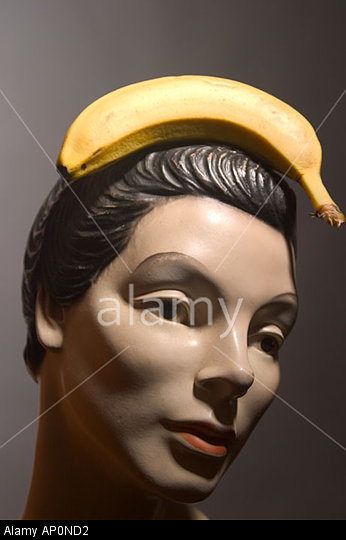 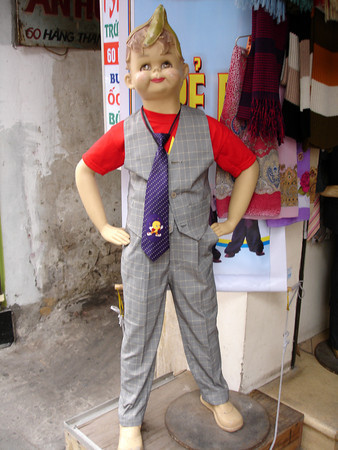 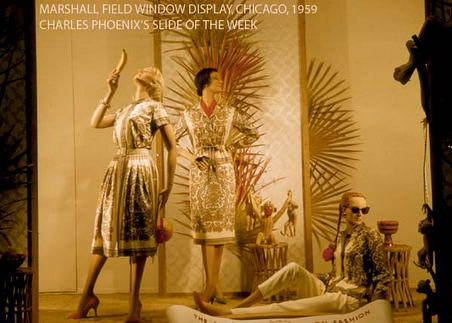 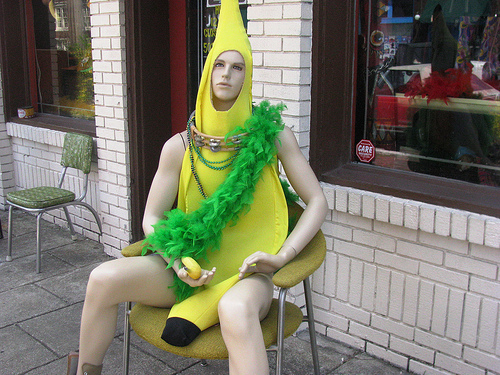 Just look at them?

Anyone have suggestions on where to stay in/near Boston if one will be renting a car and using it to drive to different towns in different directions but will also want to spend a little time at a museum or two? I know I should avoid being right in the historic center, but where else would the traffic and cost of hotel parking be bad?

Which towns? Which museums? And have you checked AirBnB?

Doesn’t Lincoln have a nice cathedral?

Won’t I need more conventional lodgings than AirBnB for this particular trip? Isn’t this a college tour trip with not one, not two, but THREE generations going? And since we won’t have much free time, aren’t we all very open to whatever couple of things we can do in Boston proper while we’re in the general area?

Did I mention the three generations? Wouldn’t the older generation be tickled pink at that suggestion? It’s so crazy, it just might be a winner, you know!!!

(I was wondering how I didn’t know that Thatcher had grown up in Massachusetts!)

There’s a Boston in Massachusetts?

Why not stay at @othermichael’s?

Didn’t that thread just get a lot more interesting?

Depends on who you ask?

It doesn’t matter, it’s not a big college town, right?

Aren’t I about 2.5 hours from Boston?

Isn’t that practically next door by American standards?

And wouldn’t this give any college student a much better understanding of the kind of apartment living they’d be in for?

Surely MOBA is already on the shortlist?