Difficult questions posed to the NYPL reference desks before the net

From the MentalFloss link: 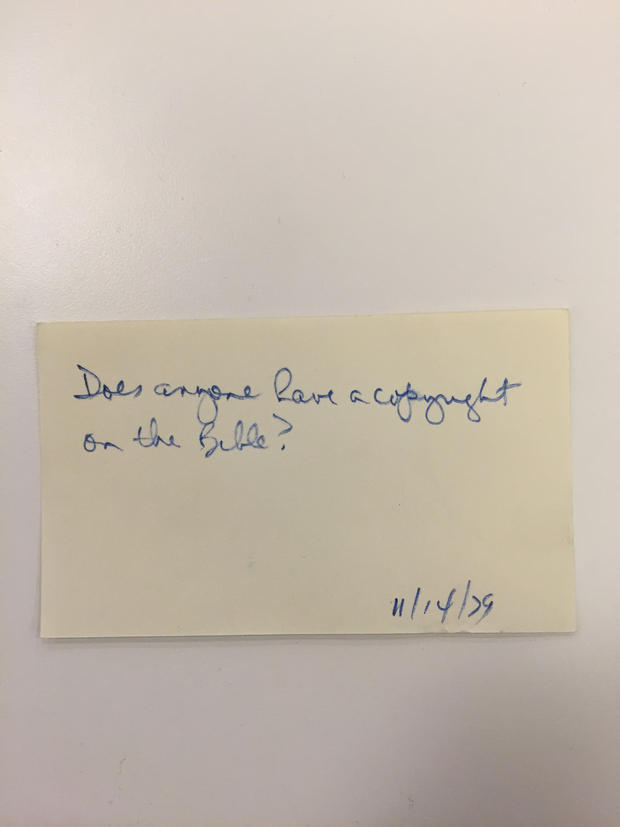 Yes. Translations are quite often copyrighted. For instance. the RSV is copyrighted by the National Council of Churches. 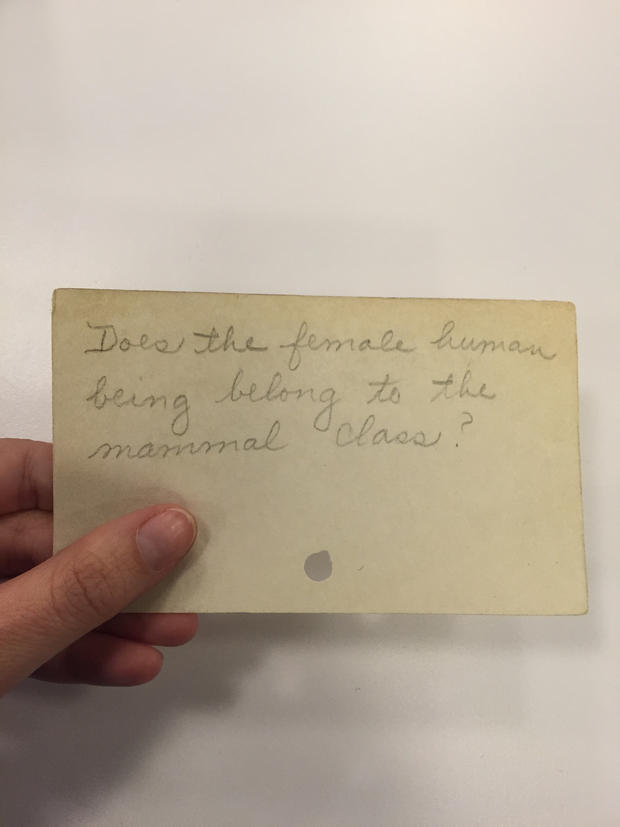 Very much so. The male, not so much.

I am amazed that these pre-net questions included reference to google.

The patron looking for information about the famous Indian chief “City Bull” is going in my collection next to the caller who asked if the library where I worked had “The Count of Monte Carlo”.

Maybe it was yet another setup for the classic punchline “Well, you better let him out!”

The ones in the text box are “current,” according to the article. That threw me, too.

I’m amazed that you haven’t come across 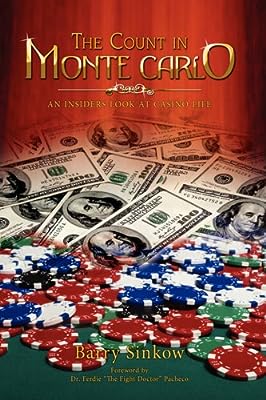 The Count $ in Monte Carlo: An Insider's Look at Casino Life

which is about Gambling

which is about the computational algorithm

You know how there are no stupid questions, except the ones you don’t ask? I say these people get points just for asking.

Those are great! I was once asked, “do cellular phones have, uh, human cells in them” and answered “err, no”. But in retrospect I should have said “if you have dandruff, then yes”.

You know how there are no stupid questions, except the ones you don’t ask? I say these people get points just for asking.

I once had a beater of a pickup truck for work that I painted bumper to bumper with a granite like finish. I had someone walk up to me once, look at the paint, and ask “is that the color of your truck?” That was a stupid question.

I had a girlfriend whose father used to think that Guy Lombardo’s first name was “Guylum”.

I have trouble with Marko Rubio vs Mark O’Rubio. Everytime I hear his name in the news my brain does a little stumble, catches itself, remembers he’s a tool bag and it doesn’t matter anyway.

FWIW, folks may also submit stupid reference questions to the Internet Public Library’s Ask A Librarian page. It is staffed, in part, by students in MLIS programs around the country, and it is a useful tool for librarians and patrons alike in that it is often the first time library students are faced with doing (sometimes) heavy research using online-only tools and then communicating their findings in a way that’s accessible to the OP.

At work we offer a similar service where people can submit questions about government services/products, and while I hate to admit it, we get a metric shitload of seriously wacky the-government-is-out-to-get-me questions/statements. And just like the NYPL, I keep a folder of the best ones.

And for almost three and a half years of college I was that stupid person, because I didn’t know I could go up to the guy at the desk marked “Reference” and ask questions, or ask for help. I thought the librarians’ job was limited to checking out books, cataloging, and reshelving. Most colleges include the library and how to use it as part of orientation. For some reason I ended up at one where no one ever thought of that.

These people get points for asking, and also for knowing that the library is more than just a big warehouse of books.

I alway refer to him as the Count of Monte Crisco.

The male, not so much.

mammal | Origin and meaning of mammal by Online Etymology Dictionary

mammal (n.)
1826, anglicized form of Modern Latin Mammalia (1773), coined 1758 by Linnaeus for the class of mammals, from neuter plural of Late Latin mammalis “of the breast,” from Latin mamma “breast,” perhaps cognate with mamma.