Related, from 5 years ago, mentioned right here on BoingBoing: 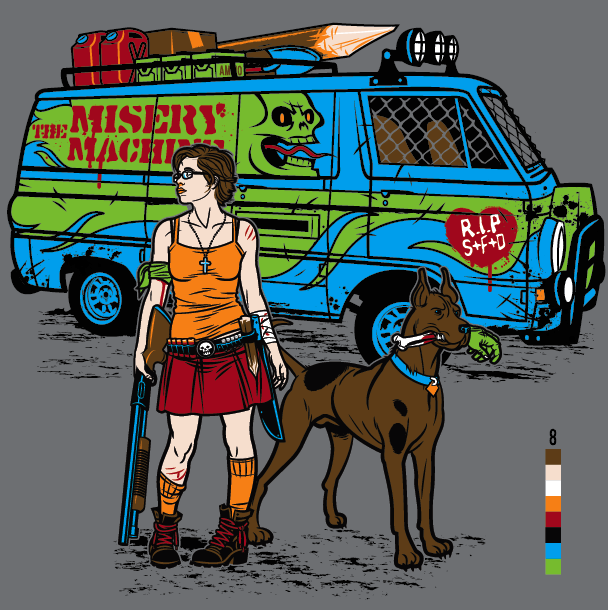 I woke up this morning to an unusually high number of views and adds to my flicker account, more specifically the pic of the Velma design I ... 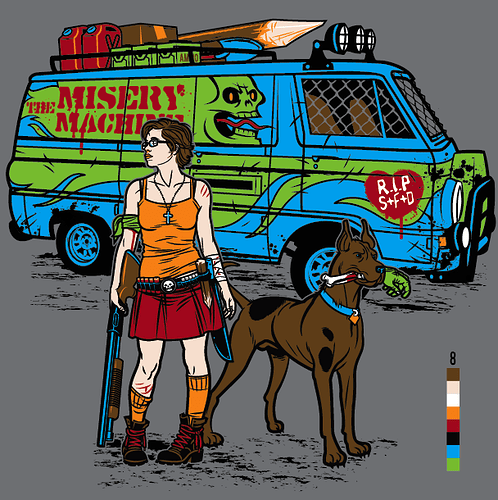 And they made her skinny.

Edit: just wanted to add that it is a cool idea and the art is attractive. Good work on that end.

Well executed, but why do all the women have bare midriffs now? I get Ariel since she spent half her screen time in a bikini top, but I don’t imagine that the sisters from Frozen would suddenly don skimpy sports bras and low-cut jeans when the zombies came a shamblin’.

Well executed, but why do all the women have bare midriffs now?

Rather than big hair and MAC-10’s?

Well it’s hard to get fat in a post-apocalyptic hellscape.

Still sick of zombies; will pretend that this is just Disney Characters As Badasses, and go with that.

And, does Elsa really need a pistol? You’d think at will freezing, giant ice spikes, live/animate horror show snow enforcers etc… would be much more effective than having to aim specifically for the head with a pistol.

At least get the title right. “Former News of the World Editor Rebecca Brooks as Zombie Hunter.”