Being number one comes at a price, though, doesn’t it? Despite the number of subscribers that drove them to the top, they’ve been losing so much money they will be shifting to the addition of ads and a more expensive ad-free tier.

Not that this is at all surprising. Are there any streaming services with original content that are purely profitable? 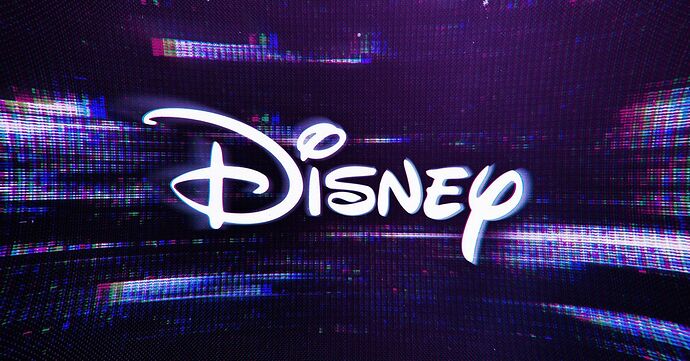 Disney Plus and Hulu are getting steep price hikes

Considering that Netflix started off as a scrappy DVD-by-mail rental service with no IP of its own while Disney came to the table as a huge multinational corporation with almost a century’s worth of beloved films and TV shows it’s kind of amazing that Netflix managed to stay on top as long as they did.

I think they forgot about torrents.

I think part of the problem is that big streaming services are becoming basically the cable providers, with the inherent problem of “why am I paying for all this crap I don’t want” against “I just want one show that’s locked in this platform” or “I just want classic Disney movies for my kids” but an all-in-one subscription is what they have. Newspapers seem to struggle with transitioning out of being a catch-all service as well, and micro-payments haven’t taken off. I certainly skip anything that I have to “rent” from amazon prime video, as I’m already a subscriber.

Not sure what the solution is, but the single business model of “try to be the only streaming service anyone needs” is punishing for viewers because it only leads to the cable bundle problem. We don’t want more, we like the internet/streaming era because we like what we like and can find specifically that.

I’m amazed that people are going to read this statistic, and somehow view Netflix’s 220.7 million subscribers as a failure. It’s crazy.

The real problem is that, in inflationary times, Netflix is a luxury. People are cutting back because food is more important to life than streaming, even Sandman episodes. I suspect as inflation dies down, streaming numbers will come back a bit.

I certainly skip anything that I have to “rent” from amazon prime video, as I’m already a subscriber.

Not sure what the solution is, but the single business model of “try to be the only streaming service anyone needs” is punishing for viewers because it only leads to the cable bundle problem.

Paying for movies ala carte on Amazon is generally still cheaper than the old days of renting movies from Blockbuster, especially when adjusted for inflation. And most major films seem to be available there on that one service if you’re willing to pay for them. But if you’re unwilling to do the ala carte thing then yeah, I guess you’d better plan on subscribing to a bunch of different services.

I’m amazed that people are going to read this statistic, and somehow view Netflix’s 220.7 million subscribers as a failure. It’s crazy.

That’s capitalism for you. If you don’t grow at X rate at all times then you’re a failure even if you’re in the black 100% of the time. Any profit that doesn’t match expectations is seen as sub-optimal despite modeling being just a map.

I’ve heard lectures from business people about that “grow or die” phenomenon, and it’s such a self-fulfilling prophecy. Companies would do well to define their own success parameters (which might include controlled and sustainable growth or stability) rather than let outside forces dictate what defines success.

Netflix’s recent threatening posturing over shared accounts is also doing them no favors. It certainly made me rethink their value.

At least I still have Netflix DVD…which is exhibiting library shortages. My Saved queue there is ten times longer than my available queue. Their pricing still beats physical or streaming rentals for now, tho. Hoopla, Disney (borrowed), Kanopy, Prime, and the library make up the rest.

Well shit - I like Hulu, but i may have to pick between the two… I am borrowing access for Disney +.

Aye aye, captain! I refuse to give the Disney megacorp any more of my hard-earned money.

Back when they dealt primarily in disks they had the option of potentially cutting deals with rightsholders(anything along the lines of ‘DVDs are basically free to copy if authorized, so how about I pay you cost of media plus x per rental and so can afford to have more disks in stock compared to paying $20/disk and nothing per rental’); but it wasn’t mandatory. Worst case they could just first-sale something into inventory and then rent it out.

As soon as they went to streaming, that changed: there was no longer any alternative to getting a license agreement from one of their potential or actual competitors to get something into the library. At least at first that wasn’t a huge issue, a lot of the IP holders seemed not to grasp the real potential of their stuff, especially the massive back-catalog; and they were also well behind, typically literally years behind, in terms of being able to implement a comparable streaming service; but seeing Netflix’s success taught them about the value they’d been ignoring; and (whether through internal buildup or acquisitions) they didn’t stay abjectly incompetent forever.

I’ve heard very mixed reviews of Netflix’s attempts at original IP; but those attempts, along with attempts at being ubiquitous enough that ‘not on netflix’ would be seen as a defect in a given movie/show rather than a defect in netflix, seem like a perfectly reasonable response to the knowledge that, sooner or later, the people you have no choice but to license from will either be in a position to just replace what you do, or only sell you licenses at rates that effectively leave you handling billing and CDN for them at roughly zero margins.

That’s also what strikes me as depressing about Disney pulling ahead. Clearly they didn’t do that by remaining wholly inadequate on the technical side, you aren’t going to get subscribers if it literally doesn’t work; but this isn’t the story of how netflix got lazy and their streaming started to suck and they got out-innovated. It’s the story of how the guys with the upper hand on the copyright side eventually managed to assemble a more or less adequate content delivery system and then proceeded to bring their IP rights to bear because they can do exclusives and bundling that the other guy can’t.

Wait, this data is just for the US/Canada market?

Where is the data for worldwide subscribers?

These are global services.