Karina Longworth had a great series about Song of the South on her podcast You Must Remember This. 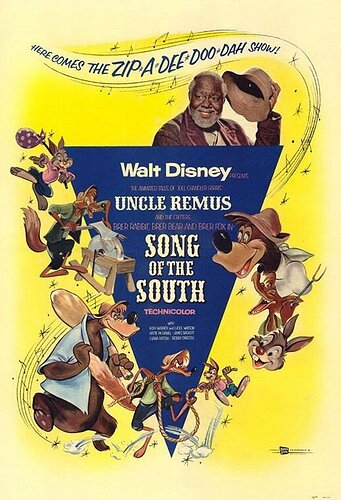 The most controversial film in the history of Disney Animation, Song of the South is a live-action/animated hybrid about a little white boy and the former slave he befriends on a plantation in post-Civil War Georgia. The film was planned by Walt...

Definitely worth a listen if you’re inclined to history at all.

Karina Longworth had a great series about Song of the South on her podcast You Must Remember This.

I think the most important takeaway from that series was how many people recognized the movie’s racism even at the time of its release.

how many people recognized the movie’s racism even at the time of its release.

I do wish they would rehabilitate the Adventures of Br’er Rabbit and company. They are based on an amalgamation of African and Native American folklore. They could revisit source material, pre Uncle Remus. Get African, African-American, and Native American writers familiar with the folklore to update the stories slightly. More trickster rabbit, remove the racism. 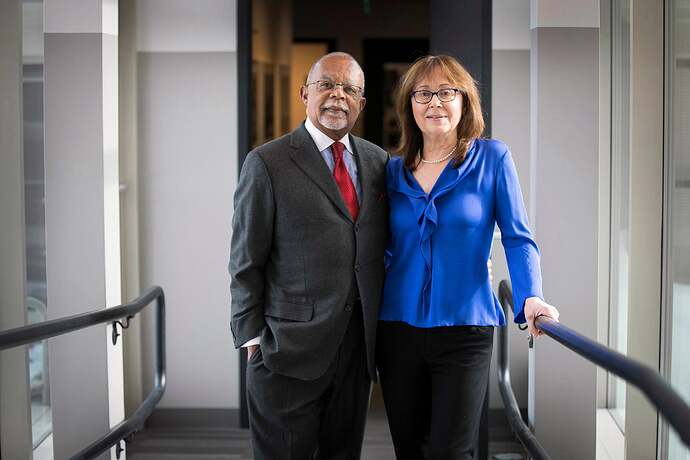 I’d be curious what the WPA oral history project from the New Deal era captured in regard to Black folklore. A fair number of those interviewed had been enslaved when they were young.

Many of them are online. 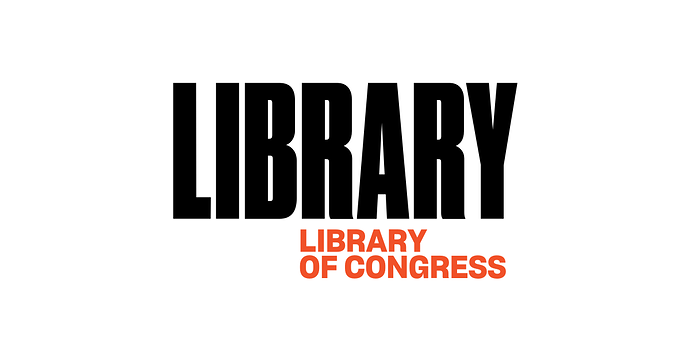 About this Collection  | American Life Histories: Manuscripts from...

This collection of life histories consists of approximately 2,900 documents, compiled and transcribed by more than 300 writers from 24 states, working on the Folklore Project of the Federal Writers’ Project, a New Deal jobs program that was part of...

I’m surprised that De Santis hasn’t vomited an opinion on this yet.

It’s kind of heartening to see that, while right-wing bigots seem to be winning on almost every front over and over, when it comes to cold-hearted profit-driven megacorporations, racial sensitivity and inclusive representation are increasingly important. However loud they are, the bigots aren’t the majority, and Disney’s “fuck your (racist) feelings” attitude towards them in making their properties increasingly “woke” proves it.

When the only thing people remember about your movie is the, admittedly, catchy ‘Zip-A-Dee-Doo-Dah’, I think that says a lot. People only remember that one song, and not the rest of the horrible movie. I grew up with it on VHS and have made it a point to ask people who complain about the ride renovation if they’ve ever seen the movie. Only a couple have, and they always prevaricate with the same, “WELL IT WAS A DIFFERENT TIME AND I LOVED IT AS A KID!”

When the only thing people remember about your movie is the, admittedly, catchy ‘Zip-A-Dee-Doo-Dah’, I think that says a lot.

The company’s live-action films from that era were definitely hit-and-miss. Ever heard of So Dear to My Heart, or Rob Roy: The Highland Rogue or The Sword and the Rose? 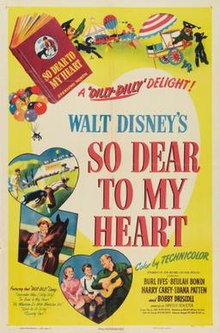 So Dear to My Heart

So Dear to My Heart is a 1948 American live-action animated feature film produced by Walt Disney, released by RKO Radio Pictures. Its world premiere was in Chicago, Illinois, on November 29, 1948. Like 1946's Song of the South, the film combines animation and live action. It is based on the 1943 Sterling North book Midnight and Jeremiah. The book was revised by North to parallel the film's storyline amendments and then re-issued under the same title as the film. The film was a personal favori... 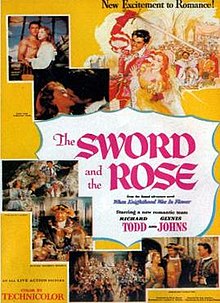 The Sword and the Rose

The Sword and the Rose is a 1953 American-British family and adventure film, produced by Perce Pearce and Walt Disney and directed by Ken Annakin. The film features the story of Mary Tudor, a younger sister of Henry VIII of England. Based on the 1898 novel When Knighthood Was in Flower by Charles Major, it was originally made into a motion picture in 1908 and again in 1922 as When Knighthood Was in Flower. The 1953 Disney version was adapted for the screen by Lawrence Edward Watkin. The film was... 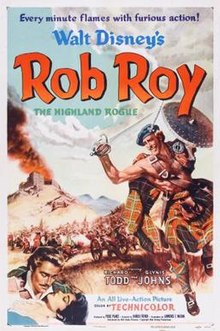 Rob Roy: The Highland Rogue is a 1953 adventure film, made by RKO-Walt Disney British Productions which is about Rob Roy MacGregor. It was the last Disney film released through RKO Radio Pictures. The film begins in the early 18th century with Rob Roy leading his McGregor clansmen against King George I's forces commanded by the Scottish Duke of Argyll. While determined to establish order in the Highlands, Argyll is sympathetic to "the bonny blue bonnets" whom he is fighting, even refusing t...

Yup, Even I doubt they loved the whole movie as a kid. The live action sections are REALLY draggy. I doubt I would have sat though it as a kid in the 70s. I bet most just remember the animated sections cut out and standing on their own. Those are MUCH better as just film-making but still with shit tons of yikes.

Really, leave this one for film study class and just let the world move on.

(Sorry to the old furs I know that Stan Brer Fox: Seriously, We got better foxes these days, please lets just move on. Hell, move on to the 70s and just get with the fairly hot Robin Hood thank you very much.)

To be fair, even if the live action scenes were good, they are still racist as hell, which is, I think, the part that matters.

Cool. So can we get those animatronics refurbed and put back in the carousel building and restore America Sings? Innoventions was serious downgrade.

I do wish they would rehabilitate the Adventures of Br’er Rabbit and company.

It would likely tic off the Disney legal department no end if I commissioned a cartoon showing Br’er Rabbit capering around to distract some Klanners while Br’er Bear and Br’er Fox sneak up from behind with a club and a garrote.

a movie that almost no one has seen

I’ve seen it. It was officially available for sale in the UK for 18 years.

I think this says something about Disney and capitalism in general.

when it comes to cold-hearted profit-driven megacorporations, racial sensitivity and inclusive representation are increasingly important.

This is, I agree, weirdly cause for hope.

There’s no better sign that enlightened opinions on race/gender/etc are the majority than the fact that corporations are lining up to cater to those opinions. The fact that the Supreme Court had to be meticulously engineered into a tiny machine that can tear down those same beliefs is further evidence of what a minority that hatred is.

It was released in theaters in 1972, 1973, 1980 and 1986, so it’s probably been seen by millions of people who are still alive. I know “zippy doo dah”, I’m not sure if that’s from watching the movie as a kid or listening to a collection of Disney songs on an LP.

I know “zippy doo dah”, I’m not sure if that’s from watching the movie as a kid or listening to a collection of Disney songs on an LP.

Or maybe from seeing one of the many parodies of it? Here’s a scene from the 1989 movie Fletch Lives:

No, 1989 was just the other day, stored in the brain way before that.

I was born in 1979, and according to family lore the 1980 re-release was the first movie I saw in theaters. I definitely had a picture book about Brer Rabbit and the Tar Baby (

), as well. And my parents were quite a bit to the left, politically!