Documentary Now! spoof of Burden of Dreams and Werner Herzog is a winner

Originally published at: Documentary Now! spoof of Burden of Dreams and Werner Herzog is a winner | Boing Boing

In the early 1980s, a visionary German filmmaker (Skarsgård) tries to will his magnum opus into existence while working in the remote, punishing conditions of the Russian Ular mountains.

I’ll watch this just to see what massive vessel or vehicle he forces the cast members to carry through the mountains in the name of verisimilitude.

I was a little surprised to see Aguirre show up on some recent “top ten of all time lists”, but I guess I can understand it (also surprised to learn it was loosely based on actual events.)

I think Les would be tickled that they chose one of his films to spoof. He was an incredibly gracious person with a great sense of humor.

They only parody the finest so I think it’s a compliment!

the documentary Burden of Dreams (1982), directed by Les Blank

What I don’t remember, is how did Blank become involved in the first place? Did Herzog &/or Kinski’s reputations precede them at that point, or did Blank truly have no idea what he was getting into?

They knew (and apparently admired) each other previously.

He had previously filmed: 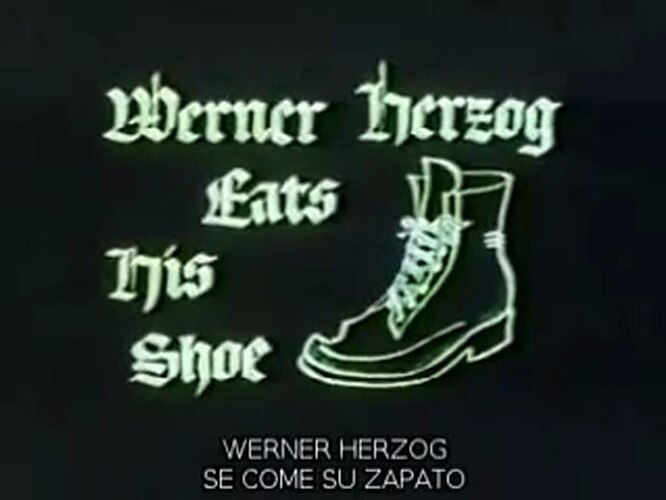