Documentary on Swedish kids growing up without rigid gender roles

I’m so sorry to hear about your hard times and suicide attempts. But so very relieved that you are still here to be a testament and guide. One of my kids thinks he is bi. I used that word specifically (“thinks”) because he is still figuring himself out. But I’m here. I am here to support him whatever he figures out is his reality. Not to pressure him to be one way or any other. It is for him to figure out and me to love him. I hope you have found love, the way you need it to be.

(I had more than one transwoman tell me I couldn’t possibly be a woman because women aren’t good at math).

It’s so ridiculous, because I, a ciswoman, can grow up being good at math and climbing trees and jumping my BMX bike over stuff and people just go “eh, she’s a bit of a tomboy.” But somehow it’s proof that you’re not a woman because … well, because people are dumb, I guess.

There’s no reason transwomen would be any more inoculated from mysogynistic beliefs than anyone else in our society. Gender stereotypes are so pervasive that most people don’t even recognize them as stereotypes, and just take it for granted that girls are this way, and boys are that way, and it’s obvious that’s just biological, even though on a pretty cursory run through your logic filter, you should realize most of the things we associate with gender have nothing to do with biology. I am not immune to this either. I transitioned at the age of 39, but I always considered myself a feminist. It was only after I transitioned and began experiencing how the world treats you when it perceives you as female that I realized that things like male privilege were very real. Not abstract or theoretical, or “oh maybe that happens occasionally but mostly we’ve moved beyond that” but real and ubiquitous.

My parents tried to raise us gender neutral, but by the time my youngest brother came along they gave up. It is exhausting to buck a trend that society wants to push you in.

Going to school was a shock as there were definite boy things and girl things and it was the other kids more than the teachers enforcing these “rules”.

I think I would like to live in a society where it didn’t matter what was in your pants, who you wanted to spend your life with, or what you do in the bedroom with whomever.

The traditionally male or female activities stuff is something we need to be moving away from using as a diagnostic tool.

This. I would have transitioned at a much younger age if it weren’t for this. I had too many people (not therapists, but other trans people mostly) tell me I wasn’t trans because I wasn’t extremely feminine. Not in appearance, but in behavior and interests. Then I read Kate Bornstein’s Gender Outlaw, and realized how much of what we perceive as being related to gender has absolutely nothing to do with gender. That book saved my life, because I realized it was totally ok that I identified as female even though I didn’t want to wear dresses and makeup 24/7 (I’m exaggerating, and I do sometimes like to wear dresses and makeup, I’m just not obsessed with it), go shopping for clothes for fun (I hate clothes shopping), and I’m actually good at math (I had more than one transwoman tell me I couldn’t possibly be a woman because women aren’t good at math).

What makes you identify as a woman, then? I am not trying to say you should not, I am just a bit puzzled by the idea of a person born male, liking to play the gender roles of a man, but feeling the identity of a woman. On which bases do you feel that identity?
I hope you don’t feel my question rude, I am not trying to criticize, just to understand better. As I have poor understanding of gender identity myself, I find the whole concept difficult to grasp.

What makes you identify as a woman, then?

I never identified as anything else, if most of my relatives are telling the truth. I just learned to hide it, and as soon as I found out about gender dysphoria in my teens I aimed to get somewhere safer and transition (the original plan was university). That didn’t work out so I just decided to go ahead and transition as soon as I left my parents house when I was 21. Then the local fascists took an interest…

liking to play the gender roles of a man

But what is the gender role of a man, or a woman? They are not constant, Both have changed in the last fifty years, and you will find differences in the roles if you keep jumping back 50 or so years for the last 500 years.

If we are to assume that gender roles are real, then mine is neither male nor female, but actually a hybrid.

On which bases do you feel that identity?

Ultimately, my body has always felt wrong, a feeling that only got worse when I hit puberty. Those relatives I mentioned earlier? I was asking them when my penis would drop off when I was between 2 and 4 years old.

I don’t claim that this is the only way that gender dysphoria can present itself. I also cannot explain what other transpeople are thinking, only they can do that.

I often have to bite my tongue when having conversations with my family about the younger generation.
Dad: So your nephew asked for an Easy Bake Oven for Christmas…
Me: Oh cool! I can get him that, sure.
Dad: What? No way. That’s a girl’s toy. It’s pastel colored. He’s six.
Me: His dad’s a cook, maybe he just wants to make food for fun.
Dad: He’s not getting girl toys. You can get him Transformers.

Easy Bake Ovens were originally created in non-gendered colors and designs. It wasn’t until i think the 80’s-90’s that it heavily shifted as a girls only toy, and i believe nowadays the company sells ungendered ones again. But yeah i get you on that line of old school thinking. I would personally get it for them regardless of what anyone else said.

But what is the gender role of a man, or a woman? They are not constant, Both have changed in the last fifty years, and you will find differences in the roles if you keep jumping back 50 or so years for the last 500 years.

Well…yes. The subject of this thread is actually an example of that. I should say that the modern idea that gender roles are fixed always puzzled me as there is ample historical evidence of the contrary.

Ultimately, my body has always felt wrong, a feeling that only got worse when I hit puberty. Those relatives I mentioned earlier? I was asking them when my penis would drop off when I was between 2 and 4 years old.

Thank you, I think I understand it better now. You want the body of a woman (without a penis as noted, presumably also with breasts, wider hips, less hair, etc…). I had not thought of that and indeed it has no link to gender roles, just to the shape of a body.

You want the body of a woman

I’d say that it goes further than just wanting.

I want to lose weight, it’s bad for my health and makes it harder to find clothes that fit. However, it doesn’t feel wrong to be fat. The other body related stuff feel very wrong though, like it’s a deformity that should have never been there (if you take the view that gender dysphoria is an intersex condition then there is an argument to be made for it actually being a deformity).

I can’t find a source for it now, but I remember reading about people who had limb deformities who would feel like they had normal limbs. That is the closest description I have found to what I feel every day.

I would like to emphasise that I am not speaking for anyone else but myself.

It seems to me that your experience and thoughts on it match up with what i’ve heard and read. Still i’m sure it must be different in some ways for other people, but i appreciate you being candid.

I’d say that it goes further than just wanting.

Yes. Sorry for the poor wording, it is not easy to express what you feel (and English is not my first language).

This is a good way of explaining it. In my experience it was going through puberty thinking “I feel gross” and being told that would stop once I had finished growing, and it never stopping until I started HRT at 23.

because women aren’t good at math

Yeah, this is pure balloneyshit. 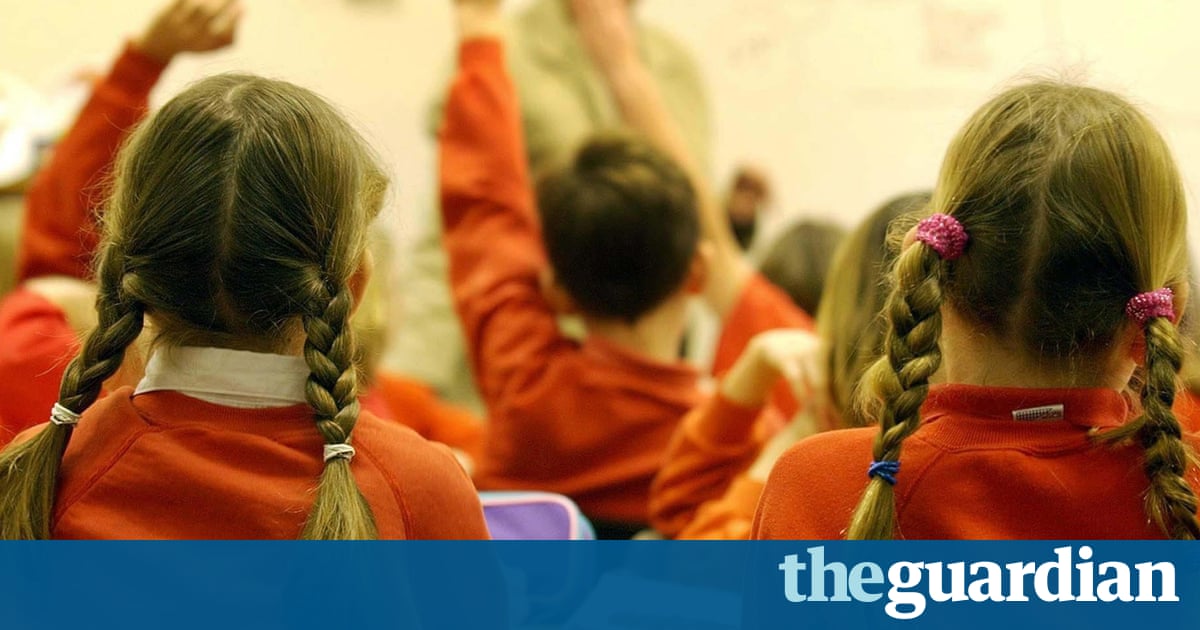 So your nephew asked for an Easy Bake Oven for Christmas…

When I was a lad I wanted one of those. Instead I got a bunch of proper cake mixes and such. Alas, since this was all more expensive and elaborate my mother helped me with them and basically did all the work. Thus, denying the world a great chef.

The world will come to regret this when it tastes the spawn of my Creepy Crawler Maker!

What a load of BS these gender stereotypes bring up. That someone is inherently not good enough or that they need to live up to some expectation. Like boys are tough and that boys don’t cry is used as a way to punish boys that are sensitive or act differently. Or that girls just need to worry about looking pretty and delicate, and that they should have no larger ambitions than to marry and start a family. Etc, etc.

I was a really self-reliant kid at an early age and i was trying to make my way through the kitchen to make myself food as young as i can remember. I have clear memories of teaching myself to bake cookies from scratch at around 6 or so, i would occasionally ask my mom for help deciphering the instructions and after having her help me make them a few times i would just do it myself after that. Granted this was me, and also i doubt Easy Bake Ovens were a common thing in Latin America. But i am a huge proponent of teaching one’s kids to help cook and bake

Sucks. Super sucks. A lot of our culture is good, but there are also a lot of aspects that suuuuuuuuuck. This is one of them. My daughter is clearly brilliant.

And I’ll do everything to smash any cultural programming trying to lead her astray! She should have nothing less than every opportunity to fully become who she is.

One of my earliest influences was Madeline L’Engle. A Wrinkle in Time. What do you think about it?

One of my earliest influences was Madeline L’Engle. A Wrinkle in Time. What do you think about it?

It’s a classic, one of my favorites as well.