Documenting every remaining slave house in the US

Originally published at: Documenting every remaining slave house in the US | Boing Boing

Then take all the old plantations that are still standing, and raze all but one or two of them, which should be turned into museums documenting the horror of slavery.

Then take all the old plantations that are still standing, and raze all but one or two of them, which should be turned into museums documenting the horror of slavery.

One of them preserved as a museum should be the Whitney Plantation in Louisiana, which is no-one’s idea of a B&B or wedding venue and places the focus on the slave houses rather than the “big house”. If I had my way every schoolchild in America would have to visit there to understand the country’s original sin.

Mod note: If you seriously need to ask why turning somewhere that was entirely about dehumanization into a fun kitschy place to stay and enjoy yourself, then you really, really need to reflect on how your privileged position in life has allowed you to ignore the suffering of others.

It’s one thing to make these places a museum, or even to choose to sleep in one as part of a project to document the conditions of the slaves who had lived there in the past, but “bed & breakfasts” are not that.

In the same way that “just joking” with a racist joke doesn’t somehow make the joke ok, because you know some of these B&Bs will try to justify their existence as a “solemn place to reflect on the building.” You don’t do that with throw pillows and continental breakfasts.

Can you imagine the uproar if somebody tried to turn a German concentration camp into a bed-and-breakfast? America really needs to get over that “Gone with the Wind” idealized fantasy of the antebellum south, because that is just objectively f***ed up.

But if the original use of the building was lost in time and that was simply repurposed?
Near me there’s a nice Gothic church, still in regular use, a mass every day and so on. On the back there is an old, seemingly more recent building with a pharmacy and a pastry shop. All regular? Some things are odd? The ceiling are strangely shaped and a bit low, and on the external wall there are dog head statues.
That building was the inquisition palace, where alleged witches were tortured.
This is different story from a slave house, and of course when a city has more than 2000 years the buildings could hide really strange secrets, and abandoned building downtown either is restored and repurposed or, if in total disrepair tore down and rebuilt.

but but but, they make such beautiful wedding venues…

(I wonder if it’s only rich caucasians who get married at these places, or if rich people of other ethnic backgrounds partake as well…) 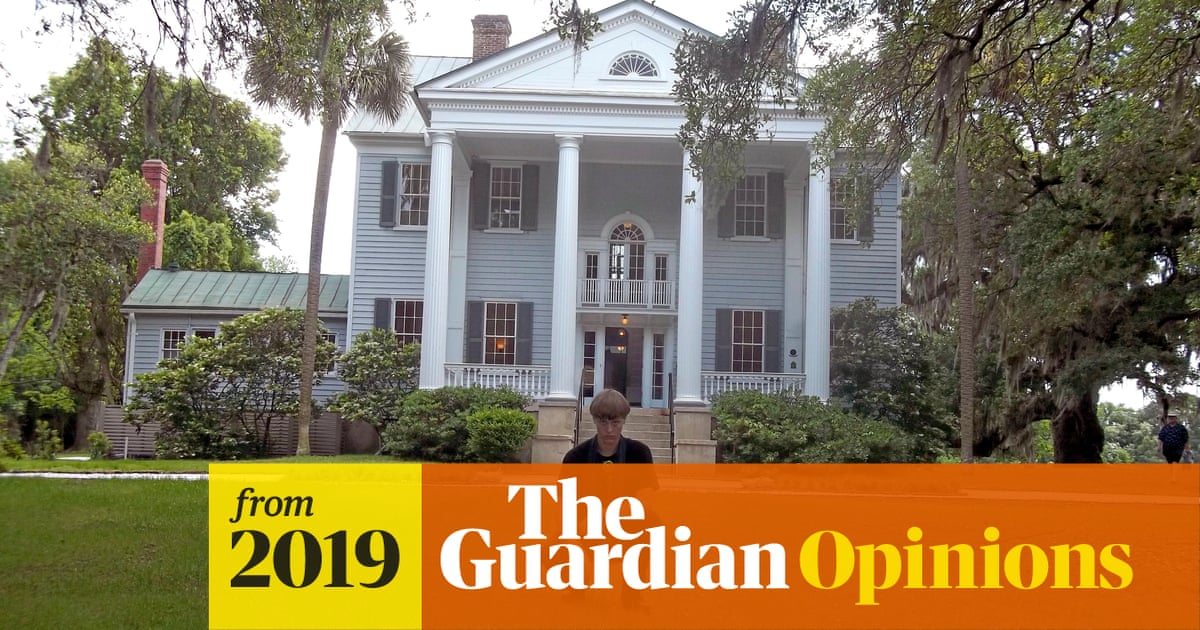 Plantation weddings are wrong. Why is it so hard for white Americans to admit...

Yes, plantations are often beautiful. They were also sites of untold misery and subjugation

Up at the big house, with all that mint julep.

Can you imagine the uproar if somebody tried to turn a German concentration camp into a bed-and-breakfast?

Oh boy… Camp Westerbork in the Netherlands was later used for Indo-Dutch refugees and later KNIL (Dutch colonial forces) soldiers from Maluku (Moluccan crisis). Yeah, that was not good.

I don’t know any other specific examples off the top of my head but I know there were other questionable re-uses of concentration camps. I know the reasons (fwiw) and there was a huge shortage of any kind of housing or even basic building materials post WWII but…

Inconvenient history is often allowed to be forgotten.

One of the towns I lived in in New Jersey had a vibrant African-American community 200 years ago. There was a cemetery whose exact location is lost and the people who live there now don’t want it to be found. The police station used to be a community center and before that the segregated school - hardly anyone remembers that. Now they want to tear it down and if you mention what it used to be, that gives argument not for preservation but for obliteration. Inconvenient history. The legacy, that’s still alive. New Jersey still has one of the most segregated school systems.

When I was young I remember seeing separate water fountains at the county courthouse in Alabama and the screw holes in the wall were the sign used to be - they hadn’t been filled in yet. Like they were waiting for the chance they could put them up again. It must have been around 1971.

I also remember a cluster of shacks that they said were old slave housing and there were still people living there - I remember there being dirt floors. They’re probably gone now.

The slave quarters that were near the house are unfortunately long gone, but the museum has collected a number of artifiacts left by the enslaved people, including a ritual artifact found in the wall of the plantation house, left there as a curse.

BUT, the tour then takes you to the main housing are for the plantation’s enslaved people, which is intentionally distant from the plantation house. The structures here are original, as built by the people who lived in them. Our guide even pointed out a thumbprint and a child’s footprint baked into the bricks in the chimney of one of the houses. A point was also made that upon emancipation, the enslaved people’s lives flowed uninterruptedly from slavery to tenant farming, and in some ways conditions became worse for them. Those tenant farms were occupied until after World War II. I think the tenant farmers were evicted by Liggett & Meyers Tobacco around that time.

It’s also a matter of how long ago stuff is. I’m not sure if that’s right or wrong, but that’s how it is.

Creating a B&B from a concentration camp: definitely frowned upon (and rightly so).

Being a tourists in the Coliseum in Rome or visiting the saint-peter’s Cathedral (talk about blood money): A-OK.

As slavery was recent enough to be part of current people’s family history I’d think it would indeed fall in the first category.

Camp Westerbork in the Netherlands was later used for Indo-Dutch refugees and later KNIL (Dutch colonial forces) soldiers from Maluku (Moluccan crisis). Yeah, that was not good.

Still, that’s a case of “we need a place to house people in an emergency and those structures will have to do” rather than “let’s turn a horrifying chapter of our history into a tourist destination.”

I was a preservationist in an area where some slave cabins stood. The land was bought by a developer who had to preserve the old cabins. Instead he had them bulldozed in the middle of the night, then denied he’d done it. The county slapped him with “historic preservation” restrictions so tight that it drove him out of business. When the condos went up, residents couldn’t even put in plants that weren’t native to the area in the late 1700s. No skylights, no paint colors, no bbq grills—nothing that wasn’t around back then. Jerk.

If I had my way every schoolchild in America would have to visit there to understand the country’s original sin.

I totally acknowledge that this is splitting hairs, but in at least the temporal sense, I’d say slaughtering the land’s indigenous people, stealing their land, etc. was the original sin. Slavery follows in that awful karmic path, obviously.

Unfortunately, we’re obviously not close to resolving these problems, although I’d say it’s at least hopeful how many people do recognize the truth of the matter at this point. Although the extremeness of the schism between those who are aware of this and those who are not is striking.

This is different story from a slave house

It is, because while most wiccans can practice their beliefs in (relative) obscurity without much fear of reprisal now, racial inequality is still clearly a daily issue in the US, and there is a depressingly large subset of the population who seemingly would very much prefer things regress even further.

When this is all still in living memory it should be obvious that their initial use be taken into account. They are not in any way “just pretty old buildings.”

Nobody should be making money from these in any recreational manner. As mentioned upthread, if they aren’t kept for educational purposes, raze them. Anything else is whitewashing a hideous part of American history that too many people don’t have a problem with.