That said, what is up with that? Is it just me?

Six hours is normal for me. Probably slightly less, actually.

Boy, do I have good news for you!

Scientists are reporting that a nasal spray of a key brain hormone cures sleepiness in sleep-deprived monkeys. With no apparent side effects, the hormone might be a promising sleep-replacement drug.

Slightly off topic, but thought it would be of interest: http://www.thetruthaboutcars.com/2014/03/eliska-junkova-conqueror-of-the-green-hell-and-million-dollar-hypercars/ It’s about Eliška Junková, the only woman to win a class Grand Prix race.

Today, we can only imagine what a man in early 1920s was thinking when he found out that his own wife, driving the slower of the two family cars, has beaten him and everyone else in the race, to become first woman ever to win an internationally sanctioned race. 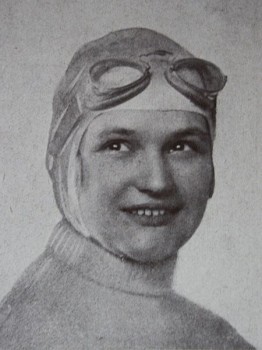 Her Bugatti T30 would make for a classic scout, should anyone have to re-roll. 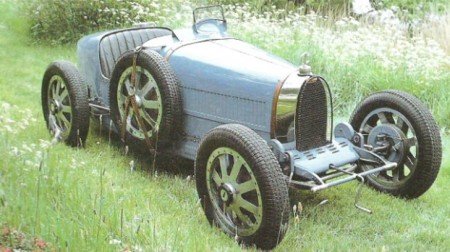 We’ve got Susie Wolf now - although there are fears she’s just about audience reach and PR fluff.

But I’m gonna love her with all my racing heart, and pray that she kicks some butt!

Why does Hollywood like dystopian LAs and utopian SFs? | Boing Boing

Jon sez, “When conjuring up the future, why do writers and filmmakers so often imagine Northern California as an edenic utopia, while Southern California gets turned into a dystopian hellscap…

Why Donald? Tell us why.

Why does Hollywood like dystopian LAs and utopian SFs? boing

Southern California IS a hellscape. LA. Needles. Barstow. The only difference between it now and the Mad Max future is the number of spikes on the cars.

I’m so sorry guys! I kind of fell of the face of the earth due to unexpected busyness with my graduation project. I’m going to try to read up on everything I missed now which is A LOT. Just thought I’d let you all know I am back and trying to catch up!

No worries, there are a lot of people in that same boat. It’s a big boat.

Hmmm, what’s the name for a such a big boat?

Might recommend just reading the outcome of Episode 6! There is a heck of a lot otherwise! Save your energies!

That’s a good tip, thanks, I will!

what’s the name for a such a big boat The Flying Dutchman (Dutch: De Vliegende Hollander) is a legendary ghost ship that can never make port and is doomed to sail the oceans forever. The myth is likely to have originated from the 17th-century golden age of the Dutch East India Company (VOC). The oldest extant version has been dated to the late 18th century. Sightings in the 19th and 20th centuries reported the ship to be glowing with ghostly light. If hailed by another ship, the crew of the Flying Dutchman will try to send messages t...

that can never make port and is doomed to sail the oceans forever.

Hate to bang on about this, but the game spreadsheet still seems to have Mission 5 numbers on it.

I know the LP and HP numbers are wrong, but I know what I have there. The other numbers, I’m forgetting what they should be…(I know I wrote them in my mission submission, but that was a while ago and I can’t pull that back up anyway)

We’ll get that fixed as soon as we can, certainly before anything else is calculated.

I have some FP / AR numbers in my notes from mission 3 last round:

Hopefully this info will make the round audit a little easier.

Upgrades for the last round of missions were in fact included in the calculations. I have those numbers (is there another spreadsheet? try several dozen more…). I have refrained from just going in and making those adjustments in the player-visible sheet in case there’s something else I missed (which is very possible) but I think I’ll go ahead and just do that. And the current upgrades as soon as that’s all final.

And we do have all the previous form submissions, and your calculating of your stats in them is very useful. I’ll be able to check against that to make sure I’m doing it correctly for everybody else.

HP numbers are probably going to end up being wrong, but should be close enough. I’m pretty sure we can get the LPs right at least.

So sorry about this, a bit of a foul-up behind the scenes.

So sorry about this, a bit of a foul-up behind the scenes.

We’ll be cutting your paycheck in half until this is remedied. Effective immediately.

I should have 30 LP, if it helps. 15 left after equipping for Mission 6 after my windfall from Dorcas, 15 in pay.

Writing as a multiplayer game?