Can you please tag windows-only games as such?

I have a lot of platforms for playing games (MacOS, iOS, Switch, PS5, etc.) but not Windows and it’s really frustrating to have to dig and dig to find the OS supported (and usually find it only supports the one platform I don’t have).

Thanks for sharing this. Bought it and already played a session during a meeting and love it. Calm and relaxing, very low stress. Just what I need sometimes.

This looks delightful and right up my alley. Sadly Windows only.

You Mac folks could use the free Oracle VirtualBox to run a Windows VM. Should handle a simple game like this pretty well since it’s not terribly graphics intensive. Note: I haven’t tested VirtualBox myself, though we support licensing for it where I work and it’s fairly popular for users (it’s free, but there’s an additional licensing cost for a plugin offered with it to allow USB pass through connections to the VM from the Apple system).

I have been playing [whatever version it was then] since Christmas and it is just so chilled. Little challenges or a free-build mode to just play with. It’s nice and peaceful, no fighting, no resource gathering. I love it, I want the new version.

Platinum rating on protondb, so it should work well on Linux too.

It fill me with joy that the “video game as visual/interactive poetry” genre is flourishing.

I’ve tried VirtualBox for gaming and it doesn’t work well. It doesn’t allow low level access to the GPU, so even simple old retro games are unplayably slow.

Ah, didn’t know. So sorry. Beyond that, I know it’s mostly pay stuff like VMWare and Parallels, which sucks.

Sounds like the sequel is much better than the original 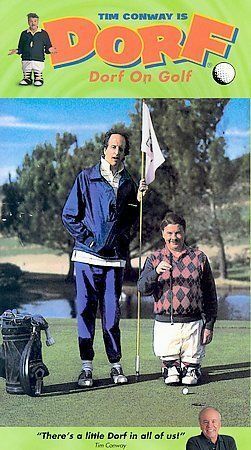 Thanks for the tip. It’s a bit of solo Carcassonne with a pleasant soundtrack and an intuitive interface.

I had a license for Parallels for a while through work and it plays games really well, but I no longer have access to it. Oh well. It’s always sorta shocking in this day and age when a game (especially on Steam) is Windows-only. It’s practically retro.

I use vmware fusion for this. It’s not free, but I have a license through my work. I’ve played medium intense graphical games on it (Civilization 5) and i have no problems.

EDIT Looks like vmware player is free for personal use. I think this could play windows games. VMware Fusion Player – Personal Use License

Thank you all for the recommendation. This is a fantastic game and a great change of pace for me. Its style (if not the gameplay) reminds me a lot of the old Orisinal games by Ferry Halim.

Getting “romantik” with Dorf! That’s all I could think of with a title like that.