Biden Predicts Putin Will Order Ukraine Invasion, but ‘Will Regret Having...

President Biden’s comments went well beyond the formal intelligence assessments described by White House officials, which conclude that Russia’s president has not yet decided whether to invade.

State of the Union

Everyone in power in the West is starting to acknowledge that this invasion is inevitable. All they can really do is send weapons to Ukraine, though. I hope the civilians who need to get out of Donbas now, before Putin’s puppets there fully take over with help from his troops.

Even with Russia’s military advantage over Ukraine, I do not imagine that this will be over quickly like in Georgia. Shit is going to hit the fan, and Donbas will only be the start of an on-again, off-again hot war that will not be pleasant for anyone in the region.

the one semi-bright spot to this is that this is not going to go nearly as easily as the russian take over of the crimea. the crimea has long been part of the russian empire and a majority of the residents either supported the russian re-acquisition or were neutral. that is not going to be the case with the rest of ukraine which developed an animosity towards the russians during the czarist days which only intensified during the soviet period.

honestly, if i were in any way a trusted advisor to putin working in his and russia’s best interests i would strenuously advise him not to invade and tenaciously explain why it was a mistake. i’m not and he seems to want to do this and so it goes . . .

edited to add the verb “go” and to change the word “easy” into its adverbial form “easily”. that’s what i get for rushing.

Agreed. Crimea was once a part of Russia (as distinct from being a state incorporated into the Russian or Soviet empires) so there was a legitimate claim. Putin played needless games like sending in the “little green men” and soldiers on “vacation” and brazenly rigging the referendum but that was mainly playing to his domestic audience.

Ukraine, in contrast, is a distinct nation-state that has no interest in being part of Putin’s kleptocracy.

if i were in any way a trusted advisor to putin working in his and russia’s best interests i would strenuously advise him not to invade and tenaciously explain why it was a mistake.

Unfortunately, advisors inspired by the ultra-nationalist Aleksandr Dugin are giving him a push in the opposite direction. Since expansionist behaviour is red meat thrown to his Know-Nothing supporters, re-building the old empire also suits Putin as a cynical way to maintain his power. If he gets Donbas he won’t stop there.

7 Likes
If you want to understand Putin, learn about Alexander Dugin, the fascist Russian charlatan beloved by the U.S.’s far-right
BakaNeko January 23, 2022, 11:38pm #2109

I think soon Ukraine will have her own topic in this BBS. 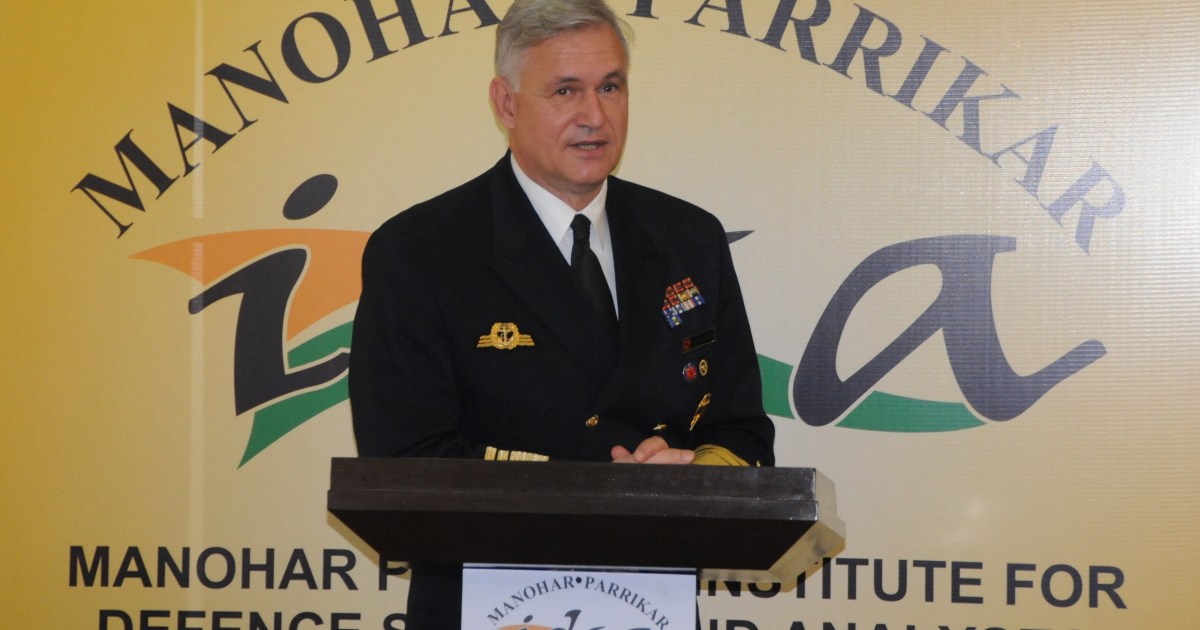 Defense Minister Christine Lambrecht said Berlin wants to "de-escalate" tensions and that supplying weapons would "not be helpful." Germany's move comes as other Western powers have pledged arms deliveries to Ukraine. 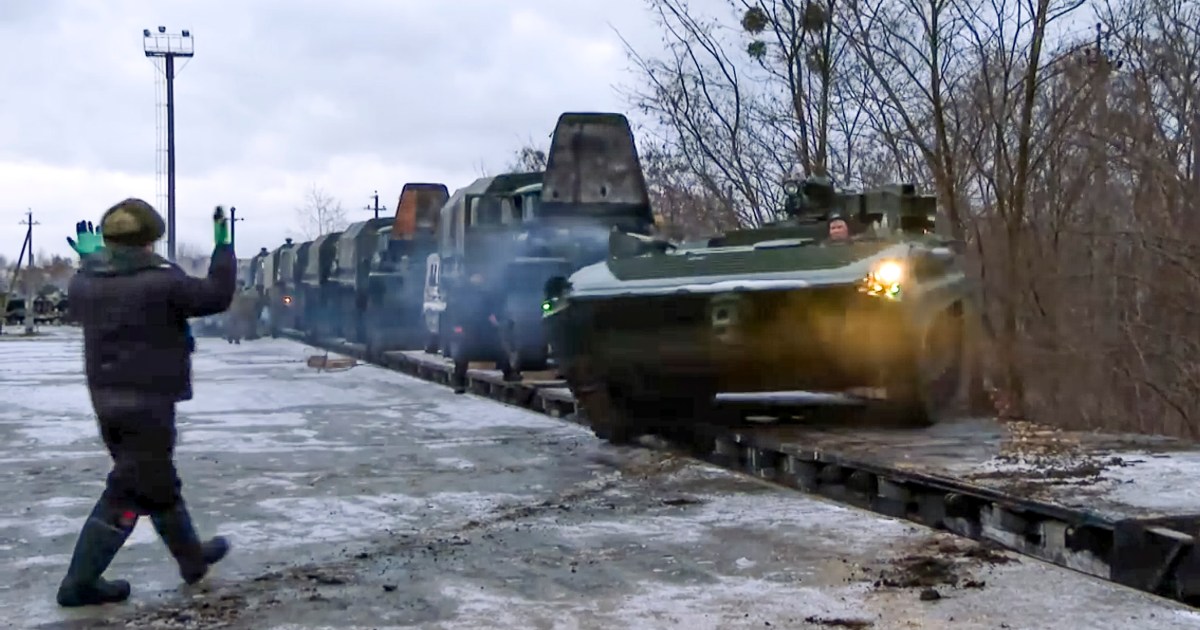 US rejects calls to immediately sanction Russia over Ukraine

Russia will face severe economic sanctions if it installs a puppet regime in Ukraine, a senior UK minister said on Sunday after Britain accused the Kremlin of seeking to install a pro-Russian leader there.

And on the other side…

The security guarantees that Russia seeks from the West include provisions requiring NATO forces to leave Romania and Bulgaria, the Russian foreign ministry said on Friday.

@DAlperovitch
A month ago on this site I predicted that Putin is likely to invade Ukraine this winter. Since then the White House, among others, have come out with a similar assessment. Let’s talk now about how such invasion may unfold and what its primary goals might be 🧵 twitter.com/DAlperovitch/s…

In the last few weeks, I have become increasingly convinced that Kremlin has unfortunately made a decision to invade Ukraine later this winter. While it is still possible for Putin to deescalate, I believe the likelihood is now quite low. Allow me to explain why 🧵
10 Likes
smulder January 24, 2022, 6:42am #2111

but if you make your country bigger, now your enemies are even closer to your borders

there is never any end to it

Putin does have limits on his aspirations, expansive though they are. His ultimate goals are to re-create the old Russian/Soviet empire (in terms of Russia being a sovereign nation-state), re-establish the old Warsaw Pact sphere of influence in Eastern Europe, and push NATO (in his mind the U.S.) out of the rest of Europe.

Doing his part to help the U.S. along its self-destructive path to becoming a second-class Great Power (like the neoCons did with Russia in the 1990s) and stirring division in the EU (e.g. his support for Brexit) gives him breathing room to accomplish those things. There might be an element of revenge here too.

If his project succeeds I’m not quite sure where that leaves Russia (still a second-class power) vis-a-vis China (which would be the only remaining Great Power), with which it would share a border. However, perhaps he assumes that will be the problem of the next Tsar or Tsarina in the Putin dynasty.

I wonder if Putin’s assumption about China is that China will simply leave Russia alone to do its thing in Eastern Europe and Central Asia. Given the great distance (and vast empty territory) between the major population centers of the two countries and China’s hesitance to get involved in international disputes that do not directly involve China, I would dare say that that’s a safe bet.

If there’s a clash it will be over Belt and Road, which sometimes extends into areas in Central Asia that (per Dugin) are supposed to be part of the “Russian World”).

Meanwhile, the invasion of Ukraine has pushed Russia closer to China. This is a geopolitical problem for Russia, and it is of Putin’s making. Russia’s geopolitical position depends upon the ability to navigate between the West and China. Putin had his reasons for not mentioning China by name in his address: under his rule, relations with China have grown too close for comfort. In foreign policy, Russia has the problems that it creates and can usually control, namely in its relations with the West. It also has a deep vulnerability that it cannot control, which is its long border with a greater power, China. Tilting too far down the slope towards China is unwise. At some point you cannot climb back out.

Whereas the preferred Russian propaganda move is to speak about nefarious American or European plans to seize Russia’s resources, China is the real threat to Russia’s resources, and in the long run to Russia’s sovereignty. China deals with Russia much the way it deals with Africa: supporting a leader it favors, amused by a corruption it can manage with its vast economic power.

Invading Ukraine made it very hard for Russia, or at least Russia under Putin, to move away from China and back towards the West. Beijing is aware of this and delighted by it. Everything that Putin has done since invading Ukraine has been a distraction from, and an exacerbation of, Russia’s real geopolitical problem.

The Confessions of Vladimir Putin, 3/3

The Belt and Road Initiative seems like it would be mutually beneficial, but then again, it’s never quite clear what strings are attached when China pours money into infrastructure in other countries.

The initiative seems more about boxing in India, though, so I think a lot would depend on how Putin (or his successor) feels about India.

One potential plan reportedly includes sending an initial 5,000 troops to the Baltics to deal with the crisis.

Read between the lines a bit. I’m guessing the US has it’s special forces already in place before this news came out.

If Putin succeeds in Ukraine the Baltic states know that they’re next in The Shirtless Wonder’s sights. Unlike Ukraine they’re NATO member states, which explains this signalling by the U.S.

Right behind the resurgence of fascism in the West, the last thing I wanted to see in my lifetime was a return of this kind of aggressive sparring between nuclear-armed Great Powers. But here we are.

That said, warm relations or not, I do not see Russia sticking its neck out for India’s sake, especially when the Belt and Road Initiative really does appear (on the face of it at least) beneficial to Russia as well as China. It could really be an economic boon for Russia and countries in its orbit.