If you want to understand Putin, learn about Alexander Dugin, the fascist Russian charlatan beloved by the U.S.’s far-right

Are half of American politicians complicit traitors? Or just willfully ignorant thinking they can use the russians to their advantage with out it getting out of control?

To me it looks like a case of “going along because of apparent common goals”. Pooty Pie has been brutally oppressing Teh Gays and other things that the US Right really likes, plus those people think Russia is all white, so it has become a “beacon of hope” of sorts for dreams of white supremacy. They’re getting played half the time (via FB and such) and playing along the other half because the ends they want justify whatever means Russia chooses. If a few places that Republicans don’t care about get invaded here or there, well, that’s the cost of doing business. The ends always justify the means on the right.

Eurasia has always been at war with Oceania.

By the way, the NY Times claims that Putin has been hanging out with Yuri Kovalchuk, whose ideas sound entirely compatible with Dugin’s. Dugin isn’t mentioned in the Times article at all, although my first thought when I read the article was “Wait, is this Kovalchuk guy just Dugin Lite? Sure sounds like it.”

Good suggestion! I changed the headline. Thank you.

Reminds me of something I read recently… 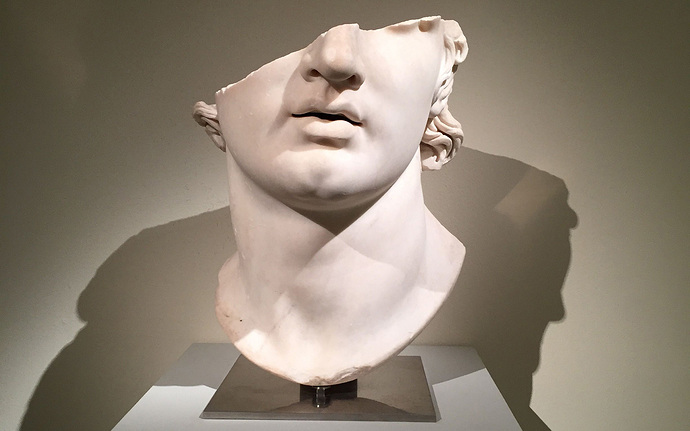 Academic philosophy can indeed make sense of our interdependent world. But only if it transforms by becoming truly diverse

Westerners familiar with Dugin’s influence on Putin’s aspirations have been sounding a (mostly unheard) warning bell for years.

Putin expresses doubt in Trump and America over protests boing

They’ve already got it bad. It’s currently at over half a million cases over there, and increasing at 8k a day according to the official figures: [image] All according to plan:

Probably because he’s convinced he’s right and can do it better. I suspect he’d see mass casualties of Ukrainians as a feature, not a bug. Yeah… I think I’ve said that several times, in fact in the past couple of days. [jada pinkett smith that part GIF by Red Table Talk] Today, there is no ‘legal’ route to the U.K. for Ukrainians fleeing Russian war crimes. Fortunately, there are other countries just waiving any passport requirements for Ukrainians… One thing a foreign power occupyin…

I wish Putin understood this. Unfortunately, he’s been inspired by Dugin and pressed by the need to retain the support of his followers to try and re-construct the Soviet empire. Picking fights with sovereign states it is, then, for this former KGB thug.

Agreed. Crimea was once a part of Russia (as distinct from being a state incorporated into the Russian or Soviet empires) so there was a legitimate claim. Putin played needless games like sending in the “little green men” and soldiers on “vacation” and brazenly rigging the referendum but that was mainly playing to his domestic audience. Ukraine, in contrast, is a distinct nation-state that has no interest in being part of Putin’s kleptocracy. Unfortunately, advisors inspired by the ultra-nati…

Anyone who read and internalised Aleksandr Dugin’s work would be very familiar with this kind of rhetoric. I’m sure they have similar articles pre-prepared for the Baltic states and Finland.

The Guardian has outed the true identity of the mysterious founder of the Base, a white nationalist terror group boing

It’s been that way for a long time

Bleargh. Where to begin, with this hot mess? Here’s a breakdown of the items, and an explanation of Blevins’ seemingly haphazard shrine to racist ideology and terrorism. Blevins is clearly a follower of–and heavily involved with–eco-fascism, Trad culture, accelerationism, and Christian nazism. As someone smarter than me noted: This is not a random collection of unrelated radical paraphernalia. As a whole, the collection represents a form of Russian fascism espoused by Aleksandr Dugin (Fourth Po…

A whole load of us happy mutants have been calling this one for years. I’m sure none of us enjoy being correct, but the plan has been being openly followed for a while.

Also, humanity sucks at learning from history, because I seem to remember “release a book detailing exactly what your plans are” was a plot point in last century’s conflict as well.

You could have left out the last three words.

I’m not sure that I’ve been picking up all the spellings.

Sounds like Alex Jones, does Dugin have a podcast? /sarcasm

A quote from here

Jones, who runs the conspiracy site InfoWars.com, said he appeared on the orthodox Tsargrad network in late December and was showered in praise by its editorial director, Alexander Dugin. 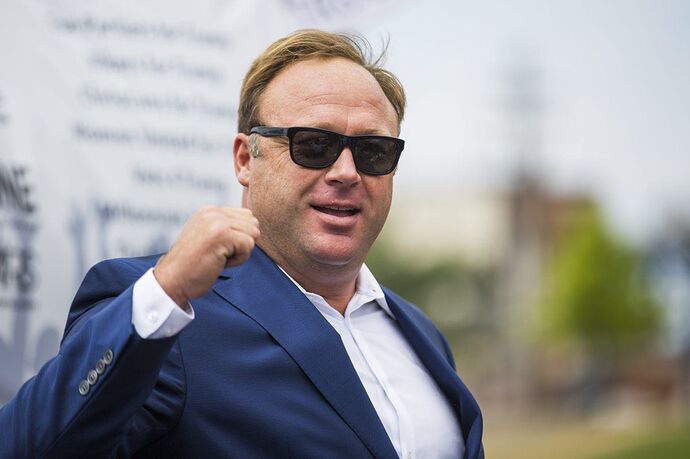 Trump-supporting conspiracy theorist Alex Jones claims he was praised as 'a...

The Russian commentator called Jones “a true American man” who “told the truth while everyone else lied.”

Katehon, a really weird russian think tank, has the transcript.

A whole load of us happy mutants have been calling this one for years . I’m sure none of us enjoy being correct, but the plan has been being openly followed for a while.

This. The moves and aims, including Brexit were telegraphed by Foundations of Geopolitics. Lots of people, from “End of History” neoCons through diplomatic appeasers to Useful Idiots and Tankies just brushed it all off as alarmism. 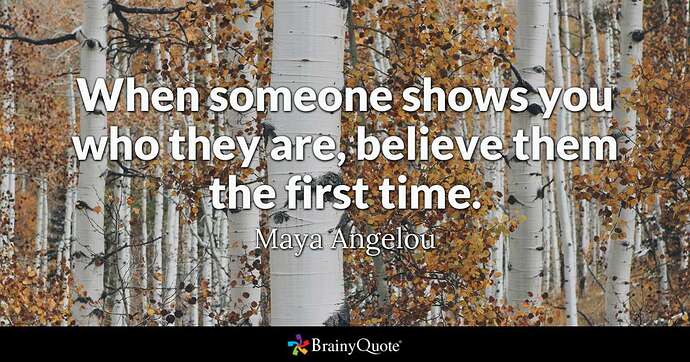 just brushed it all off as alarmism.

Could it be that they didn’t really brush it off as alarmism, but merely were excited about a return to “history” as it were?

They found meaning in the struggle for history, and so when it “ended” they were at a loss and as such welcomed it’s return?

I’m sure some of them were saying “bring it on”: heirs of the John Birch Society, military gunstrokers, Chao addicts, etc. Sociopaths who want the worst as described in this book: 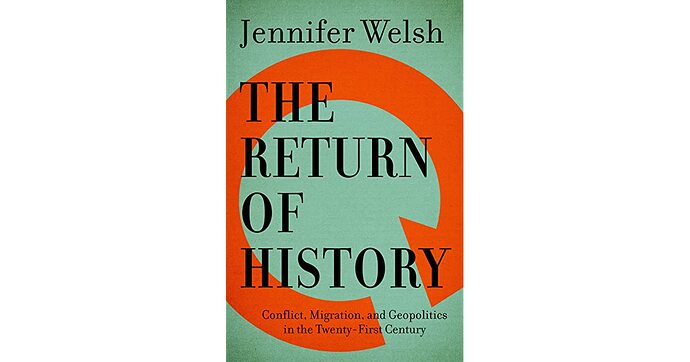 The Return of History

#1 National Bestseller Part of the CBC Massey Lectures series In 1989, as the Berlin Wall crumbled and the Cold War dissipated, the Ame...

It really irritates me that the only translations of this ‘very important book’ I’ve been able to find were:

Now, I’ve heard of and read about this this book since … I dunno, years back … maybe a decade ago!

So how is it that an English translation is STILL not to be found? You’d think that at the very least global intelligence agencies would have translated it and those would have been published or at least leaked. Or an intrepid scholar fluent in Russian seeing a market for the text who could have done a for-profit translation, especially seeing how much it is alluded to in international policy discussions.

And, to be fair, the past decade HAS validated quite a bit of the tactics intimated in that 16 page summary.

But I find it … well, at the least highly questionable that a reputed translation hasn’t shown up since 1997. Especially since the Trump years.

It is almost suspicious. And at the least VERY strange.

It really irritates me that the only translations of this ‘very important book’ I’ve been able to find were:

Which book do you mean? Dugin’s works? Or the one that mentioned in the OP Dark Star Rising (which seems readily available on Amazon)?

You could ask if your local library can get copies for you from interlibrary loan.

If you’re meaning The Foundations of Geopolitics, the link to the Amazon UK version of the ebook is right there in the OP…

Julius Evola, Ivan Ilyin, Dugin, Kovalchuk, Rene Guenon…Steve Bannon loves all those guys. Oh, my: the Treaty of Westphalia (end of the Thirty Year’s War) was a debacle for their neo-medievalist vision for you and me.

Bannon wanted Sarah Palin to run, but the chips weren’t there. He tried to convince people that Phil Robertson - yes, the Duck Dynasty beardie - was some sort of 2nd coming. Then, Trump came along. Bannon actually told his biographer Joshua Green that Trump had been “talking abou these ideas for 25 years.” As if Trump has ever had ANY “ideas” except for making himself richer, or convincing everyone he’s a sexy, “very stable genius.”

If you’re meaning The Foundations of Geopolitics, the link to the Amazon UK version of the ebook is right there in the OP… 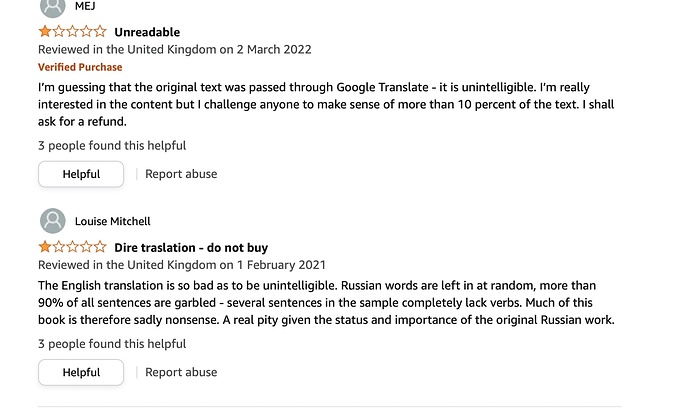 This guy claims to have been translating Dugin, but Foundations of Geopolitics isn’t among them. 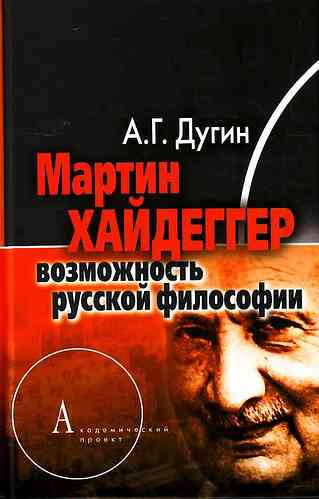 I translate political philosophy texts from Russian into English. I started translating Alexander Dugin as an undergraduate in philosophy and never really stopped. In Progress: I’m currently working on his … Continue reading "Translations"

A quote from here

Jones, who runs the conspiracy site InfoWars.com, said he appeared on the orthodox Tsargrad network in late December and was showered in praise by its editorial director, Alexander Dugin.

Katehon, a really weird russian think tank, has the transcript.

Now, why do I get the feeling that when Dugin calls Alex Jones “a true American man” it’s because he thinks Americans are generally “loud-mouthed idiots, with no knowledge or understanding of the wider world whose ignorance and arrogance makes them easily manipulated”?

No, Foundations of Geopolitics.

The link is to that supposed ‘google translate’ translation.

A foundational, seminal work … and since 1997 all there is is a google translate version?!? 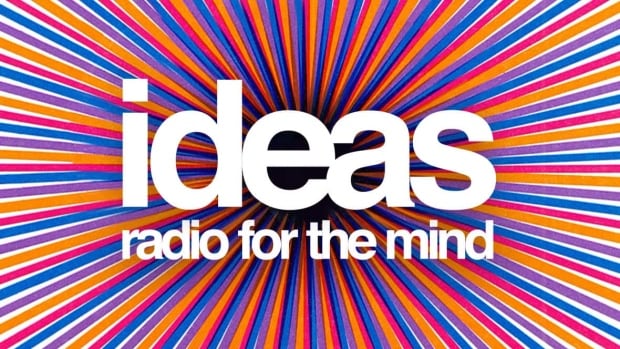 In his 1989 essay The End of History? American thinker Francis Fukuyama suggested that Western liberal democracy was the endpoint of our political evolution, the best and final system to emerge after thousands of years of trial and error. Fukuyama...