I’m surprised that @frauenfelder isn’t covering the licensing of Dungeons and Dragons 5E (at least much of it) under the Open Game License (OGL) on January 12 (finally).

Hasbro, the parent company of Magic: The Gathering and Dungeons & Dragons developer Wizards of the Coast, isn't known for being the nicest company on the...

This is great news!

Admittedly, it’s not a trendsetter by any definition, but if you’re happy to play with the basic classes (fighter, cleric, wizard and rogue) and races (human, elf, dwarf and halfing) and like coming up with your own adventures (or have a friend who does), you won’t need to spend a cent. Of course, Wizards will still charge for supplements, such as more classes, campaigns and other materials, but in terms of business models, it’s a step in the right direction.

It’s a reminder that “coming up with your own adventures” with friends is almost the whole point of D&D.

I’m actually more of a fan of Dungeon World these days though I did play Torchbearer (which is the claustrophobic resource management version of dungeon crawling) at Big Bad Con in Oakland a few months ago.

It has a github repo and an srd as well.

That said, I barely ever play dungeon delving games. My game group’s primary games are Apocalypse World derivatives (like Dungeon World or Monster of the Week) or FATE derived games, as both have open licenses.

Those sound fun. I’d like to find a live game group again some day. I’d also like to mod an rpg to include systems for players to use more groups and social models as part of the gameplay … like a blend with Sim City or non-combat modes of Civilization.

Geez, I haven’t really played a game of D&D since third edish. And even then I was a second edition of basic player.

Have you looked at Microscope or its recent small group version, Kingdom? 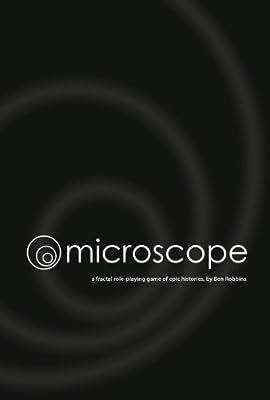 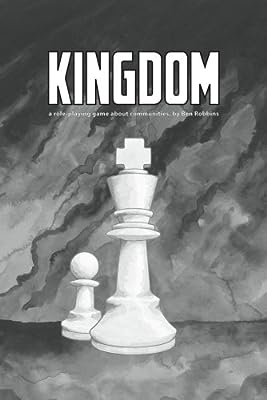 A role-playing game about communities, by Ben Robbins, creator of the award-winning game Microscope. Kingdoms are all around us. They are the communities that unite us. Your Kingdom can be any group o ...

Microscope by Ben Robbins is the Indie RPG of the month for January 2016. •...

First of all Happy new year to all the members of /r/rpg! Lets start the new year with a new Indie RPG to read and play and share our...

Geez, I haven’t really played a game of D&D since third edish. And even then I was a second edition of basic player.

Too bad you’re 50 miles away on the wrong side of a body of water!

I’ve reached the maximum number of likes today. I must wait 8 minutes before trying again.

Those look like amazing games! How do you know so much about gaming?

How do you know so much about gaming?

I’m also in a gaming group that has been meeting for seven years locally. First it was once a month for a steampunk game, then twice a month for an alternate campaign on the other day, then we started doing different ongoing games on those two Sundays a month (still twice a month).

Later, the (largely) same group started doing pickup games (when we had quorum) every Tuesday, which works out about two or three times a month.

So, I play a lot of RPGs and my best friends are either hacker people (I started ace monster toys with a few friends in 2010) or RPG geeks.

I own Microscope but have never gotten to play it though.

(I started ace monster toys with a few friends in 2010) or RPG geeks.

You are my hero! That sounds like so much fun!!

It’s ok. It is balanced out by my being a loud mouth and probably a bit of an asshole.

Didn’t stop me from being on our board for years and being president for a while.

It is balanced out by my being a loud mouth and probably a bit of an asshole.

Didn’t stop me from being on our board for years and being president for a while.

Some jobs need someone who values fairness. And I don’t think it’s always easy to participate in a community or any group with a lot of strong personalities. Serving on that board sounds like a great experience, and you know about a lot of super interesting games.

Serving on that board sounds like a great experience, and you know about a lot of super interesting games.

Some would say too much (like my spouse, maybe). I only happen to know these because I own them and “Explorer” for Microscope just came out. It and Kingdom with both Kickstarters that I backed.

I think I mostly love my work, and you’re descriptions of experience with making games makes me question if I really love my work.

This topic was automatically closed after 398 days. New replies are no longer allowed.