What if it makes its saving throw?

Did they just make 20 seperate timelines?

I’m pretty sure that it is lost to the wilds of somewhere in California not space, after the balloon bursts at about 2:09:45 and it starts spiralling back to earth

Yes. We’re apparently in the second worst one because goatees aren’t popular, Joel McHale has two arms, and Childish Gambino isn’t rapping with a voice box.

Nerds being nerds: the commenters on YouTube get into an argument over whether “dice” is singular or plural. Not a tough question, but everyone has to voice their opinion.

It has not been without some degree of controversy 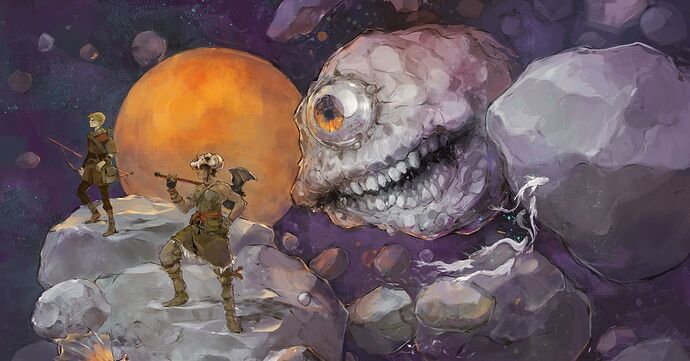 That said i have not played any Spelljammer in the past with my online D&D group, and interest in the setting doesn’t seem high. Though i would like to check it out at some point. For now our next campaign/setting is Lancer which is a Mech centered TTRPG, we’ve never played it before but i’m looking forward to it.

I did not expect to be geeked over a 3D printed Star Moth this morning but I’m happy at the opportunity.

Not a tough question, but everyone has to voice their opinion.

Not a good hill to dice on.