Dystopia tends to be dishonest

I’m not sure if I’d call Collins writing ‘nuanced’.

I read Parable of the Sower, by Octavia Butler, because Butler had called out exactly this problem in science fiction. It was disappointing to me, however. To be certain, issues of race exist in the dystopia Butler depicts in the novel; I know California, the setting for most of it, well enough to feel that the way racist tensions permeate many social interactions, and how distinctly clannish most white people in the story were, felt right. However, while the characters frequently worry that racism may complicate their situation, it never seems to actually happen. The microaggressions are pretty thoroughly overshadowed by the macroaggressions.

The main character is a young black woman, the leader of a group of refugees from ecological and social collapse. What’s most frustrating about the novel is that it’s established in the first pages of the novel that, as the daughter of a community leader, she was always considered a leader within that community, and every person she encounters throughout the story almost immediately acknowledges her as a leader.

It was refreshing to read science fiction in which racism was an acknowledged social force, and a story in which a young black woman is respected as a leader, but these features of the story were static elements, not really explored.

What I really hate is the sort of “dystopia” where war and poverty have been ended and yet we are supposed to side with the protagonist who hates the system because this idyllic future somehow destroys creativity or love or free will or what not. As if the boredom of the main character (who yes, tends to be white) trumps all the benefits all the people who currently live in war zones and abject poverty would get in this future society.

Movies like these are made to sell a bit of escapism, not to incite any insight. Escapists want an easy to identify evil that is distinctly separate from themselves. Also: 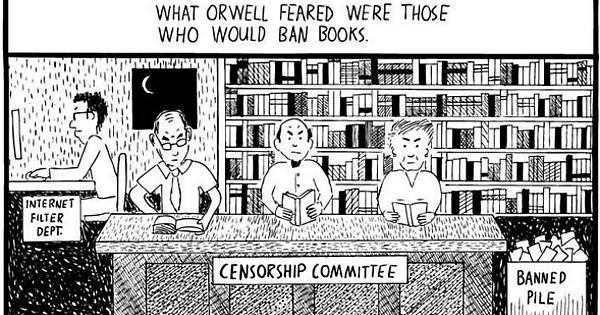 *Hollywood dystopia tends to be dishonest.

I think we still need more, but there are some books out there that talk about race (a bit), Moxyland by Lauren Beukes and Parable of the Sower by Octavia Butler for example. I would love to read more dystopian lit from South Africa or post-colonial authors.

I would say that Speculative Fiction in general is quite shallow in the movies.

District 9 is a counterexample, and written by a south-african-canadian: District 9 is a 2009 science fiction action horror film directed by Neill Blomkamp, written by Blomkamp and Terri Tatchell, and produced by Peter Jackson and Carolynne Cunningham. It is a co-production of New Zealand, the United States, and South Africa. The film stars Sharlto Copley, Jason Cope, and David James, and was adapted from Blomkamp's 2006 short film Alive in Joburg. The film is partially presented in a found footage format by featuring fictional interviews, news footage, and video from...

That’s a really interesting point, thanks.

I’m surprised that no one ever filmed Octavia Butler’s “Parable of the Sower”. Though I guess the source material would be no guarantee that Hollywood wouldn’t reshape it according the the standard tropes discussed here.

Sounds precisely like the criticism one finds of the Culture books… there always seems to be someone who finds the concept of relative peace, freedom, justice, and the end of scarcity contemptible…

So they were both right?

Ursula Le Guin was reportedly pissed that the TV version of the main character from her A Wizard of Earthsea was “a petulant white kid”, not “a boy with red-brown skin” as was explicit and thematically important in the book. There’s a decent Slate article she wrote about it; the subtitle is “How the Sci Fi Channel wrecked my books”.

Gattaca was kind of interesting in that the world depicted therein did have bigotry aplenty, it was just focused on different genetic factors than the ones most commonly associated with bigotry today. (And of course, the protagonists were still conventionally attractive middle-class white people.)

Sleep Dealer is one of the few Dystopian sci-fi films I can think of that focused on contemporary issues of race and poverty without using some metaphorical stand-in like “aliens are the new oppressed minority.” The film was still about how white employers in the U.S. exploit a cheap labor force from Mexico while multinational interests simultaneously keep said people in poverty, it just used a near-future setting to change a few details (like how the laborers now controlled robots via net interface instead of crossing the border in person).

…because only those above abject poverty who live in peace want love or free will?

I agree with you that this combined with the protagonist near-always being white is a problem, though.

Time to rewatch Brazil and 12 Monkeys.

I’m not sure why the article focuses on dystopian narratives. This whole thing is just another facet of the underlying problem the American movie industry has with diversity. I can understand that controversial stories are more difficult to adapt (studios don’t want to take the risk), but casting more people of color in major/leading roles should be a no-brainer.

There are definitely No True Critics of The Culture. 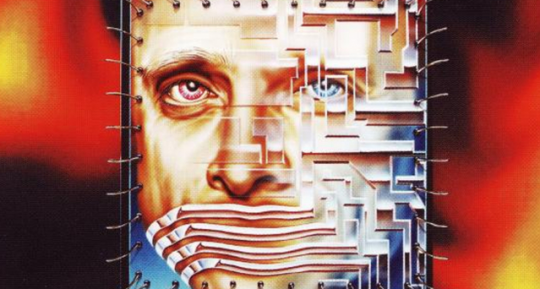 It doesn’t need to be adapted by Hollywood, others could make a movie of it.