From a cursory Google search, it looks like that clorpyrifos is banned in most (but not all) of the EU, and that its approval will expire next January. Hopefully, it will be be not renewed.
Traces of it has been found in fruits produced in countries where it is still used.

Who we vote for has consequences. We need to get all these idiots of the government stat.

Isn’t it interesting that Dow donated $1M to dRumph’s inauguration and suddenly the EPA reverses its decision to ban it.?
Also - some history.

The Trump administration reversed a previous decision to ban the use of a common insecticide, and it did receive money from that chemical's manufacturer.

From a cursory Google search, it looks like that clorpyrifos is banned in most (but not all) of the EU, and that its approval will expire next January. Hopefully, it will be be not renewed.
Traces of it has been found in fruits produced in countries where it is still used.

Oh, I just can’t wait for the wonderful trade deal the UK is going to do with the USA once Boris Trump Johnson takes us out of the EU with no deal and is forced to accept chlorinated chicken, hormone-fed beef and insecticide-soaked fruit from the US. Of course none of those things will be in contravention of EU/UK food standards because by then Boris will have liberated UK businesses from all that nasty EU red tape preventing them from succeeding and, magically, all the US produce will suddenly fully meet UK standards without the US having to compromise on a single thing.

Time to start growing our own food. In a bubble. And everyone needs to get solar panels and ev’s. And we need to revolt against this government. How are we not rioting in the streets (future rivers) everyday now?

Oh, I expect another trade war when the EU bans all fruits and vegetables from the USA that are not certified free of certain pesticides. President Biff still thinks trade wars are easy things to win.

Perhaps only if it turned people into zombies.

That would be a feature, not a bug.

How are we not rioting in the streets (future rivers) everyday now?

Same reason that frog stays in the ever hotter pot.

So, one chemical has plenty of evidence that it does harm to the nervous system, especially in children, and the other has…a couple of people who say they got non-Hodgkin’s lymphoma, plus lots of evidence that it’s not any more harmful than any other pesticide. And yet, it’s the latter that gets all the attention. Because…people like to curse Monsanto, I guess? Sigh.

What would it take these days to get a chemical like DDT banned? Perhaps only if it turned people into zombies.

What you’re saying, then, is that the EPA should be looking into Fox News?

Start the countdown.
I just submitted passport paperwork for myself and family members

passport paperwork…to where, though?
i’d really like to know.

This is part of our “more research is needed” in between various emergencies we have around here.

Having reliable healthcare would be good, so some of the countries with working healthcare systems scores high in our decision-matrix.

It would be good if the country in question had a reasonable corruption index score:

Maybe we should start a new discussion topic called “friendly nations that might possibly still accept people from the USA for USAians who are ready to run away”? 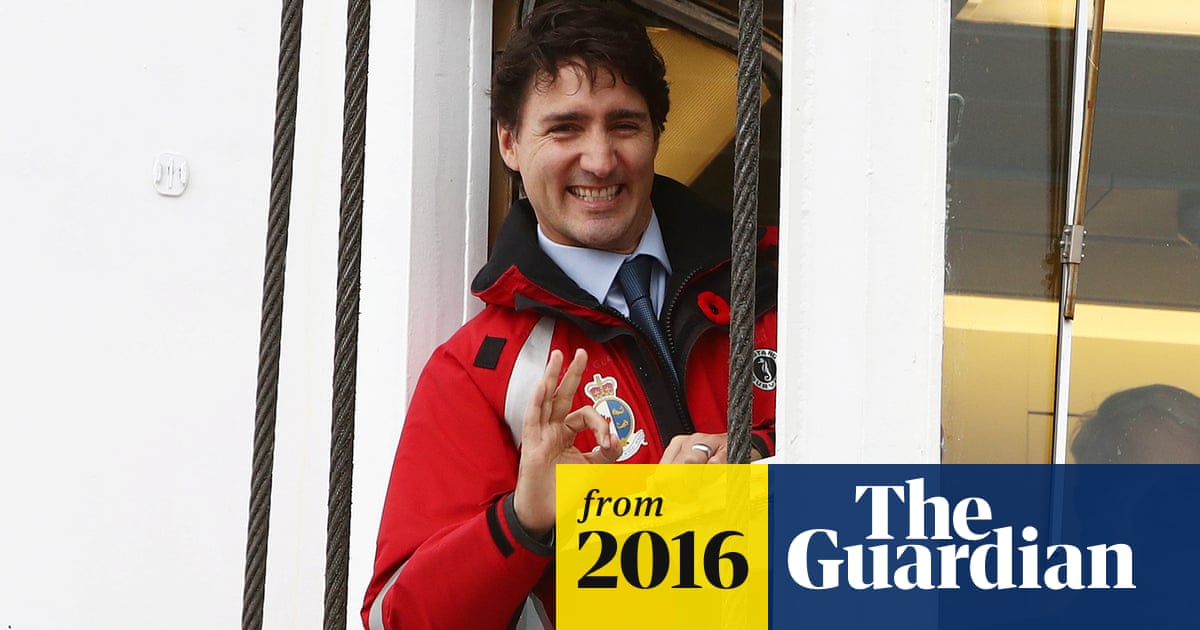 News outlets — including the CBC — reported last year that Donald Trump's election victory was behind a crash of Canada's immigration website. But documents show the website was gummed up long before most Americans had even voted.

This would be hilarious if it were so dang real.

ETA: ok ok I started a new topic in “general” and I don’t know how to do it gracefully so I am just pasting the link here:

Considering emigration? where to next? and why?

Are you seriously contemplating moving to another country? If yes, what are you looking for when choosing a new country to call home? How are you basing your decision? Jobs? Cost of living? Freedom? Retirement? Totally awesome cuisine? I write to you now from what has been called in the past “a nation of immigrants” (the U.S.)… I realize many nations have given refuge to people looking for a better, safer place to call home. Some may still be welcoming new residents. I’d like to hear…

The EU already restricts a lot of produce from the US because of pesticide and other issue.

The freak-out about pesticides has real consequences.

The state is prepared to allow the shellfish industry in Willapa Bay to fail. The decision is clearly political, and not based upon science.

You can thank former Governor (now Secretary of Ag) Sonny Perdue of GA for this atrocity.

Without those scientists in the Ag Research Service in DC, we would not have developed penicillin - literally. Alexander Fleming discovered it in 1928 in London, and then brought it over to the Agricultural Research Service to figure out how to manufacture it.

Surprised this link is still up, frankly:

Most of that capability will be gone now. The ones that decide to move to Kansas City don’t even have a building to set up shop in yet.

Rather than treat the native sand shrimp with pesticides in order to support a non-native species, why not look for the root cause? If there is an overpopulation of sand shrimp, there has to have been a change in the environment in the bay. Control by pesticide is a temporary band-aid, and they will be guaranteed to come back if the conditions that cause the population boom aren’t reversed. The proposed pesticide could also devastate the crab population if it’s applied at the wrong place and time. Crabs are susceptible to the neurotoxin and the larval crabs hang out in rafts that can number in the millions.

ETA: Having dug deeper into this murky topic (puns intended), it looks like this is the outcome of the ecology that was disrupted in the first place by the oyster aquaculture. Aquaforming the bay to be good habitat for the oysters made it less hospitable to the sand shrimp’s primary predator, sturgeon. With the sturgeon gone, the sand shrimp population went wild, requiring pesticides to control them. When the pesticide that the oyster farms were using for decades turned out to be bad, it sent them searching for alternatives.

The good news is that the oyster farmers have adapted to adverse conditions before (acidification, roller-coaster markets for shellfish) and survived.
There are mechanical means to remove the shrimp, which are prized as bait.

I say that as a huge fan of Willapa Bay shellfish and the community there. The PNW has lived and re-lived these kinds of band-aid solutions, and they never really work. When we figure out the root cause, we have been able to create long-term solutions.

Most of that capability will be gone now. The ones that decide to move to Kansas City don’t even have a building to set up shop in yet.

I’m still trying to figure out how much of this is incompetence and how much is a deliberate effort to destroy the Ag Research Service.

I’m guessing the oyster farmers feel they have tried all the cost-effective solutions, and it looks like developments in the past century, like flood control on the Columbia River, have made the matters worse.

Various PNW economies have turned out to be unsustainable, all right. Old-growth logging, for sure, and maybe humans aren’t meant to eat so many oysters. Still, chlorpyrofos breaks down fairly quickly in water exposed to sunlight, so off-target impacts can be expected to be minimal-to-zero, and chlorpyrofos is much gentler on the environment than the sevin that was used for decades.

General freak-out about pesticides is what’s driving the concerns. I started this before you added your edit. Thanks for exploring further.

DEEliberate, my friend. Sonny Perdue, Ag Secretary, made a fortune in the howlingly eco-destructive chicken business (think about that next time you are picking out your barbeque thighs, as brand does matter). So Sonny, after a profitable stint as governor of GA, has taken his pillaging experience to DC to take care of all those pesky fact-based communists that make us all look at what the world is actually like, instead of what we wish it were like because we can make the bottom line fatter, for his hero and Republican bastion of truth and justice and the American way, Donald John Trump.

Science and logic are the enemies of profit and belief in Jesus and Conservatism and wealth hegemony and Mitch McConnell and Franklin Graham and James Inhofe’s Senate snowball and the 1% of “scientists” who still maintain that climate change is an illusion.

They are out to KILL THE TRUTH, and the Ag Research Service is one of those things, like NOAA and the satellites that measure the thickness of the Greenland ice sheet, who deal in facts that are inconvenient for the average uneducated person to be educated about because then they might think, and IGNORANCE IS STRENGTH and profit for Exxon and Pfizer and the other motherfuckers.

Sorry. Lost it there for a minute.