Its been a few weeks since this was leaked anonymously on the internet, but the NSA and ICE have already infected most peoples computers with spyware.

And to quote the leaked classified document

“The procedure will be using the new methods which include stuffing child pornography images and moving-images inside of average files which will be shared by servers sanctioned by the FBI. The methods of stuffing will vary from each agent or officer but are approved as long as the suspect cannot detect that the file contains child pornography until the file has been downloaded. Child pornography has successfully been stuffed into adult pornography films, music files using ID3 tags, software programs, keygens and cracks, and other material that has been illicitly traded over P2P file sharing networks. This method has been successfulat deterring both child pornographers and copyright infringement…” 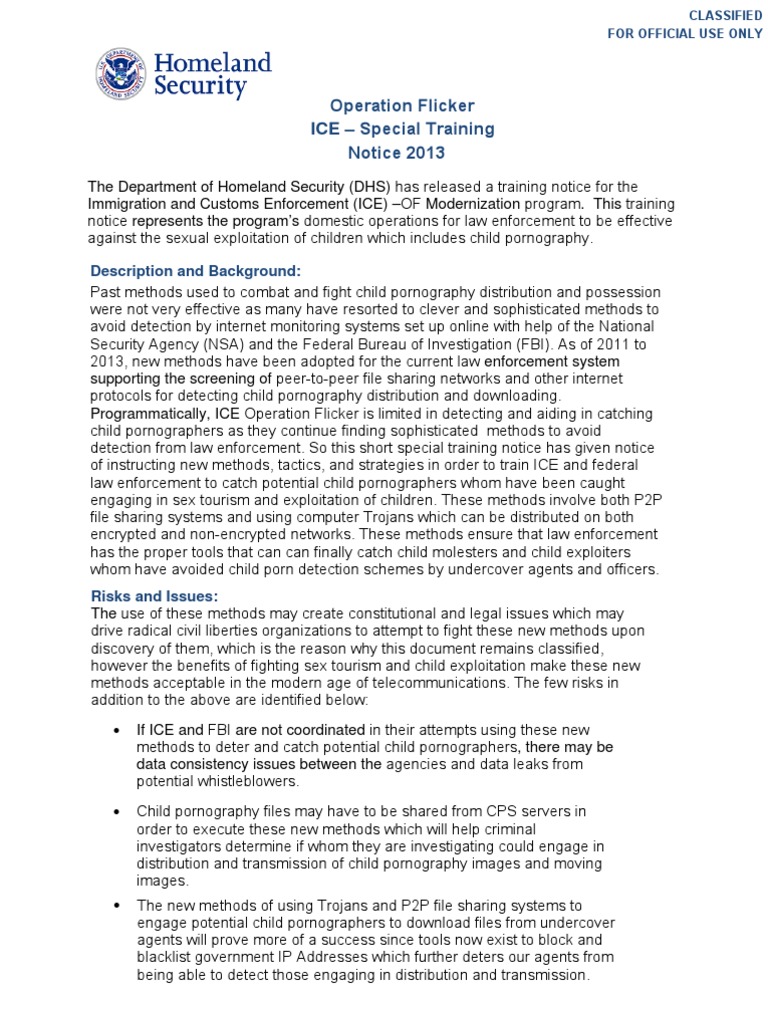 Immigration and Customs Enforcement (ICE) has for two years involved in stuffing child pornography images and moving-images inside of average files shared by servers sanctioned by the FBI. The methods of stuffing varies from each agent or officer but...

I’m feeling a little bit silly, because I read the article, and must have missed any mention of hashes for the malware in question. Without hashes, it is rather impossible to verify detection rates for the malware using a service like Virus Total.

I just want to say that aside from reading the technology articles posted by BB, I really appreciate the commenters who add to the story, with much greater knowledge and understanding than I have. I always know someone with expertise will come and dispute or clarify points in the story. So, thank you now, and ahead of time, for those who have posted or will later.

This sounds like the latest marcom from Kojima Productions for Metal Gear Solid V.

this has made me livid, absolutely livid. there is just no way that’s legal. surely PLANTING evidence cannot be legal.
i can’t even give any good…i have no words, this is…th…GAH!