There’s even more to this than just The Judge’s betrayal. The leader of Council of Two gigX; on hearing about The Judge’s double-cross, proceeded to make some pretty clear threats on his Corporation’s in game chat channel. Unfortunately for him, another player happened to be streaming at the time and someone from CCP (the Eve devs) was watching. gigX is now permanently banned from the game. Effectively decapitating the corporation. 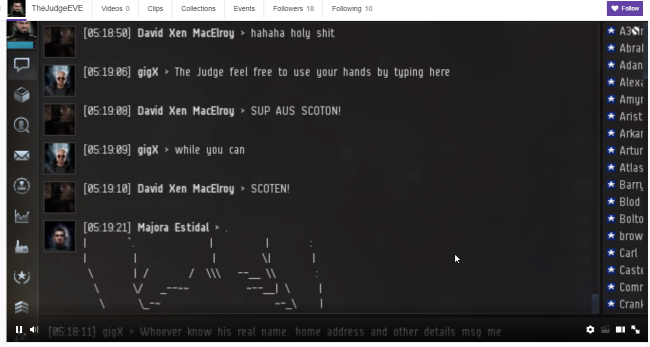 The above may seem easily misconstrued or even an outright joke, but gigX continued to make similar threats via other venues later on, tried to get information on where The Judge lived, and apparently had a habit of making this sort of threat.