Okay, I’m of two minds here, 'cause dude’s obviously correct here - too many guns overall, and too many people have them who patently shouldn’t.Red flag laws and such are absolutely necessary. But you KNOW that "“mental health” is gonna be the shittiest yardstick possible, both in how it’s implemented and who it affects. You’re gonna see serial assaulters who don’t have any kind of a diagnosis continue to carry, while people who might enjoy range shooting but have a clinical diagnosis are denied.

Don’t get me wrong - I’m in the “NEITHER of 'em get guns, and nobody else, too” camp, and overall I think his point’s valid, and it’s tough to beat his “in my personal experience” take - but that one specific phrasing bugs me.

Half expect to discover hereby that john hinckley jr. has received payment from the NRA for shifting the matter from the insane open profitable sales of military-level murder weapons to the dodge of “mental illness” (however vaguely defined). No private citizen needs these things nor should be allowed them - period.

"“mental health” is gonna be the shittiest yardstick possible,

I’d rather have the shittiest yardstick than the current “no yardstick” situation.

You can’t listen to him. He’s mentally ill.

TaKiNg AwAy CoNsTiTuTiOnAL riGhTs fRoM tHe MeNtALLy iLL iS aBLiSm. WhAt’S nExT? vOtiNg? SpEaKiNg? iMpRiSoNmEnt? EnSLaViNg ThEm?

I don’t think you have to be of two minds–at least I’m not. “Mentally ill shouldn’t have guns” is a terrible solution. All this does is stigmatize mental illness. Mentally ill people won’t seek treatment out of concern for losing access to their guns (I know some) and it helps “other” people with mental illness as possible shooters (they’re more likely to be victims of violence). It’s just an excuse to avoid more general solutions.

Here in Ireland guns aren’t readily available, but nor are they illegal*. In general if someone want’s or needs a gun they can apply for a licence and most of the time that application will be granted.

The application process is complicated enough to deter casual gun ownership. You need a licence for each gun you hold which is bureaucratic and has cost implications which is probably enough to deter ownership of lots of guns.

The application is made at your local police (Garda)**station, and a senior cop will decide if the application should be granted or denied.

There is a part of the application form which must be filled out by your doctor stating any mental or physical health problems that might impact on your ability to own a firearm safely. The senior cop will make a decision based on this.

So ‘Mentally Ill’ isn’t black or white nor does it have to be.

The gun laws here are more robust than most countries. This is almost certainly an artifact of being occupied by the British up 'til about a century ago. The war of independence and the subsequent civil war certainly didn’t help. Nor did the troubles of about 50 years ago. Historically, the Irish Government has been afraid of guns.

*Not all guns are legal and not all ammunition is legal. Sub-machine guns and assault riffles and military ammunition is flat-out illegal. Handguns are extremely restricted.

**The cops here still police by consent. I’m not suggesting they’re perfect, but they generally have the trust of the populace.

I’m not for one minute suggesting that the US’ gun problem can be solved by simply licencing guns. The problem is too big and too complex for such a simple solution. But it’s a no-brainer that certain individuals shouldn’t be allowed access to firearms and in Ireland, the gate-keeping is done by licencing.

There is relatively little gun violence here. And most of that violence is committed with unlicensed/illegal firearms by criminal gangs.

Interestingly, there are reckoned to be tens of thousands of unregistered firearms hanging around from the conflicts of about a century back.

If you’re interested, the gun licence application form is here…

As a frequent doom-scroller, the whole John Hinckley Jr. media thing leaves me completely depressed. He is a mentally ill guy who has been trying to make a life for himself after 30 years of incarceration in a mental hospital, and one of the few things he has is a certain level of notoriety. I’ve seen approximately one compassionate interview/etc (the interview conducted by the singer of Eve 6 for input mag: John Hinckley Jr. speaks: 'I'm trying to not dwell on the past'), and the rest are treating him as a living punchline.

He has a minor twitter account, and he’s basically treated as a non-human entity constantly. Even in this interview, he gets the “and coming from you, that’s quite a statement,” which is just so needless and hateful, it just brings me down. Talk shit about the man in your report if you must, but do you need to kick him in person?

I’d rather have the shittiest yardstick than the current “no yardstick” situation.

The problem is that the shitty yardstick won’t have any statistically significant improvement on the mass shooting problem. The majority of shooters wouldn’t get tagged by the red flag laws. A blanket ban on certain guns would have a statistically significant result on mass shootings (downwards). I know folks are desperate for any perceived solution, but this isn’t a solution, it’s a distraction for fascists to marginalize groups while they continue to arm up and kill people.

Thanks for the info and the form.

No ONE solution will solve each and every mass shooting, because each one involves a person who is of a unique social/mental situation and acquired his murder weapon his unique way. Every time there is a mass shooting Fox/Newsmax focuses on the laws that wouldn’t have prevented the shooting, and ignores the ones that would.

Basically, all we have to do is what Israel and Switzerland do. That’s it. And we aren’t any where close to the amount of regulation those 2 countries have.

Actually, yes, we SHOULD care about mentally ill people (some of whom are right here on this here BBS) having their human and civil rights taken away. There was, in fact, an entire supreme court decision, Buck v. Bell, that already fucking did that. Hundreds of thousands of women (esp. WOC, working class women, or just plain unruly women) had their civil rights stripped from them because someone decided that they were “mentally unfit”. It’s a real fucking thing that has and can happen again. 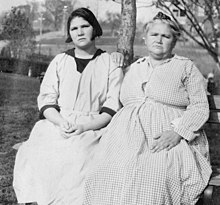 Buck v. Bell, 274 U.S. 200 (1927), is a decision of the United States Supreme Court, written by Justice Oliver Wendell Holmes, Jr., in which the Court ruled that a state statute permitting compulsory sterilization of the unfit, including the intellectually disabled, "for the protection and health of the state" did not violate the Due Process Clause of the Fourteenth Amendment to the United States Constitution. Despite the changing attitudes in the coming decades regarding sterilization, the S

I just don’t think that carrying weapons of war should be elevated to a human right to the same degree that things one’s bodily autonomy.

It’s a real fucking thing that has and can happen again.

Not to mention that many folks who have once been correctly diagnosed as mentally ill do not always remain mentally ill for the rest of their lives, thanks to therapy and/or lifesaving medications.

It’s easy to reduce this to a simple principle: anybody who seeks to obtain a firearm is by doing so demonstrating that he/she is mentally ill.

anybody who seeks to obtain a firearm is by doing so demonstrating that he/she is mentally ill.

This and @Mindysan33’s points are what I’m trying to say - using “mental health” as the description means that you’re (A) making it really easy to remove rights from people on EXCEPTIONALLY arbitrary levels; and (B) enshrining the idea that “violent ideation/action” = “mentally ill”. The first - well, as Mindysan33 notes, DO YOU WANT EUGENICS? BECAUSE THAT’S HOW YOU GET EUGENICS. AGAIN. And the second … well, that there’s an interesting catch-22, at the very least. If you’re trying to obtain weapons, that would indicate violent ideation, which, uhhhhhh. (Not to mention the blatant violent ideation implied in “joining the police or military (but I repeat myself)” as a bright red flag as well under that painting.) And that also elides the UTTER inaccuracy of “the mentally ill are violent/immediate threats”.
(I WILL say that anyone who has assault/battery/abuse convictions OR accusations should, at the least, have restrictions on access to firearms; and that includes the almost CERTAINLY under-estimated forty percent of police who are domestic abusers for a bare minimum.)

Know what? I’m just gonna say “get rid of the goddamn guns, follow Australia’s model at a minimum” as a starting point.