Police violence is America is a statistical black hole,

It is terrifying and sickening that these statistics are not kept accurately. I’ll throw it on the terrified and sick pile I’m already accumulating. Fuck.

Yeah, it’s kind of sad when there’s a shooting incident by someone who appears to be mentally ill, a big noise gets made about it, but in the end no action (i.e., any more help for the mentally ill) is taken. People have the unfortunate bias of the mentally ill as dangerous, but the reality is that the mentally ill are far, far more likely to be on the receiving end.

This really shouldn’t be surprising: sociopaths and other criminals are very good at reading potential victims to make sure they pick someone easy to subdue. “Pick on someone your own size” is too honorable when the point is to overpower and dominate through fear and violence.

I don’t think we need to ascribe malice to a situation that is, for the most part, adequately explained by incompetence. Police get far, far more training on shooting a gun than in de-escalating situations, and little to no training on dealing with the mentally ill. So when they encounter someone who is acting “irrationally” (according to what they consider to be a rational response by a member of the public - i.e. instantly doing what they demand), they mostly don’t have the training (or intelligence/proclivity*) to escalate the situation until they discharge their weapon.

*Because yeah, some police are bullies and sociopaths, and mental health surveys indicate that most are unable to deal with even their own domestic conflicts without resorting to physical violence. But falling back on natural inclinations to deal with situations at work is also a result of inadequate training.

I need to track down this study to share it, but I just found out about an interesting study that showed that people who have auditory hallucinations - voices in their head - vary what they hear based on their culture.

Americans were much more likely to hear something evil sounding and prompting violence. Other countries it was more likely the voice was playful and sweet, sometimes even sounding like a relative or friend. Their suggestions were usually more benign in nature.

The snippet I heard about this seemed to make it like they compared America to Africa and Asia, so not sure where Europe falls.

Police get far, far more training on shooting a gun than in de-escalating situations, and little to no training on dealing with the mentally ill.

I believe that they are also trained to try and dominate the situation and to expect obedience. That sort of compliance is much harder for the mentally ill. They don’t comply because they can’t.

Americans were much more likely to hear something evil sounding and prompting violence. Other countries it was more likely the voice was playful and sweet, sometimes even sounding like a relative or friend. Their suggestions were usually more benign in nature.

The example I saw was from India. It was found that people were often disturbed by their voices, but those voices were still much more benign than the “kill them all” stereotype you get from American media. The examples given were a woman whose voices told her to clean her house (they were judgmental and upsetting, but not violent) and another was told to drink out of the toilet.

George Carlin noticed this in one of his bits years ago:

is this the only thing
a voice in the head
ever tells these
people to do,
is to kill others?
doesn’t a voice
ever tell a guy:

“go take a shit on the
salad bar at wendy’s”.

well some guys
do take out their dicks
on the merry-go-round,
but usually it’s
their own idea.

(Sarcasm)PIFFFT. Liberals are always blaming someone else for their troubles, the buck stops with you! Stop blaming “mental illness” for your failings and MAN UP. This might seem like a foreign concept but have you ever tried getting a real job that doesn’t involve selling the Devil’s Weed and spreading the Homosexual agenda? You get useless degrees in Video game development and Gender Studies instead of going into construction and farming so we can Mexicans out. (End of Sarcasm)

Okay seriously with all the war vets coming back and going into LEO won’t you would think that cops today would have better Hand to Hand Combat skill? Aren’t they teaching Judo or similar fighting styles in police academies? Now to be fair a Knife or a club can be more dangerous then a gun, a knife can be deployed faster then a gun. If the distance between the two is less then 25-30 feet an attacker call pull a knife and stab a cop before the officer can draw his gun, assuming the officer weapon is holstered in the first place. Now people who have Mental Illness are not any more violent, but the mentality is “Why take a chance?” There is also the “I will get home to my family” mind set, and “There is a threat in front me, it is my duty to eliminated it.”

Whats’ oddly amusing is that there are hundreds of training LEO films about using “defensive tactics”-- AKA non lethal hand to hand combat techniques-- on YouTube going back to the 1950s!

In addition to the disability of being dead.

Here’s an idea to criticise: Up to 100% of all statistics that use “up to X%” are vastly inflating the value of X for shock value. Really people, be smarter and more factual and stop using bogus statistics.

How often do American police use force against disabled civilians? No one knows because we lack comprehensive data sets. Currently, there is no legal requirement for local, state or federal law enforcement agencies to aggregate or collect the number, type, and result of violent incidents that occur between police officers and disabled people. From a purely practical standpoint, those who seek to track, monitor, and/or analyze trends related to police violence and disability are limited to collecting the data themselves from print and online media coverage.

From individual cases to a broad analysis of media representation of incidents of police violence against disabled people, we have compiled and summarized media coverage of stories about police violence and disability by year, organized the stories into various categories, and offered brief commentary on a few examples.

Yeah, these guys seem like masters of “shock value”.

I don’t think we need to ascribe malice to a situation that is, for the most part, adequately explained by incompetence.

I’d insert the “Why can’t we have both” gif here, but frankly the image is too cheerful and this is just too depressing.

I think ascribing malice to all police is a mistake.

3/4ths of the Internal affairs complaints brought against police are from other police.

And those are generally not handled well.

tl;dr Good cops can’t even police the bad ones. How can we?

So we can be more discerning. And stop alienating what is OUR police force. Not the governments. That shit is local and made by and for citizens, and responds to protest and pressure. The decisions about police actions are made within miles of peoples homes, not 2000 miles away.

And… if you look at procedures for escalation of force for police, the policies say shoot non-compliant people.

Bad cops? Bad policys? I say bad weaponry. We ALL need a way to subdue a target at range without loss of life. Its a big fucking need.

I want policing without fatalities. Don’t you?

I think they would prefer the term “life-challenged”, dead is just so offensive…

They don’t comply because they can’t.

Along with the developmentally disabled, the deaf, etc. Police demand/expect certain kinds of responses, and for those unable to give that response, getting shot becomes a likely outcome.

Why can’t we have both

Obvious it is both, but not universally. The poor training is pretty consistent, though.

You give cops tasers and they end up torturing people with them, using them in inappropriate situations and killing people. And they still shoot people when it’s not necessary. The rate at which US cops shoot people is unmatched in the first world, and the fact that they get, in some instances, one-tenth the training that other police forces do is a big part of that. When training revolves around guns, that’s what they’re going to use to solve problems, even when it’s not a remotely appropriate, much less ideal, solution. (if you then systematically fail to hold police accountable for misuse of guns, that just reinforces the problem.) The fact is, police frequently shoot people when no use of any sort of weaponry was needed at all.

I need to track down this study to share it, but I just found out about an interesting study that showed that people who have auditory hallucinations - voices in their head - vary what they hear based on their culture.

I read a story on that in the media last year which was interesting. I seem to recall people from India, for example, didn’t have the same kind of rage voices in their heads as people get more often in the West.

Of course, the same article pointed out (which I had also read elsewhere) that the incidence of auditory hallucination as an acute thing (not chronic) was actually pretty high in the general population. People just don’t mention it to others for fear of sounding crazy. 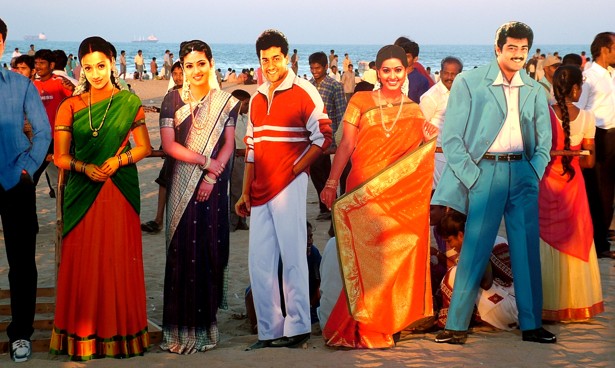 How Culture Shapes Our Hallucinations

Culture puts good or bad spin on voices heard by people with schizophrenia.

2 Likes
List of Things That Frighten Police
next page →