Oh. Well then could you parse out the Real Truth to me in sign language whilst holding a pair of lobster claws? 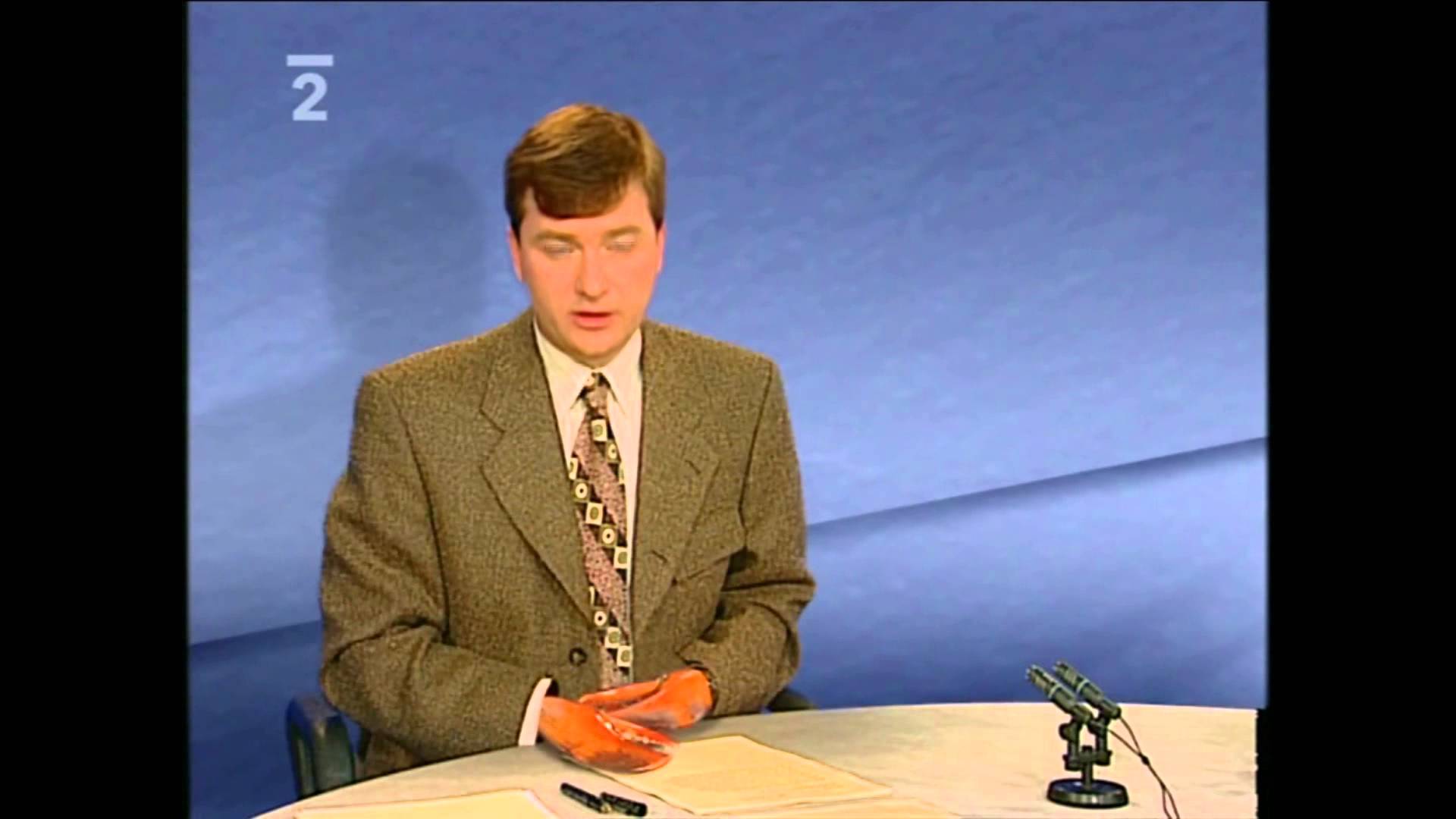 First claim: Hierarchies are social constructs! It’s all made up so that some people can hold power over others!

Peterson’s response: No, hierarchies exist in nature, going way, way back - you can find them even in crustaceans, which split from us some 300 million years ago. They even have the same neurological apparatus for it as we do. It’s not socially constructed.

That’s it. He isn’t saying we should emulate lobsters. He isn’t even saying hierarchies are an unalloyed good. But he is saying that they are not something we came up with. They serve a deep function and you are not going to get rid of them by just switching to a different economic system, per the socialist illusion.

per the socialist illusion.

Anyway, here’s the thing about hierarchies: they are a suite of modalities in system organisation that spring up in various flavours and combinations, to various degrees, with varying rigidity and stability, in various places.

What’s the takeaway from this? That we should accept their universal inevitability, and submit ourselves to whatever hierarchy-du-jour is currently being promoted by the authoritarian asshats who’ve got themselves into the trendy limelight?

That we should accept their universal inevitability

submit ourselves to whatever hierarchy-du-jour is currently being promoted by the authoritarian asshats who’ve got themselves into the trendy limelight? 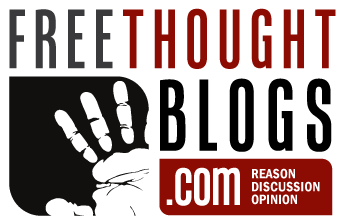 Lobsters are not people

I’ve been getting a tremendous amount of pushback from Jordan Peterson cultists on this video about his ‘lobster’ claims — it’s my most popular (or should I say, unpop…

10-year-old: I’ve decided I’m going to pee on the outside garden wall from now on.

Mother: No, you are not. You’ll use the toilet.

10-year-old: I read in history class that the King of France used to pee on the outside garden wall. It’s history!

Mother: None-the-less, you will use the toilet. Unlike the Palace of Versailles, our house contains several flush toilets.

10-year-old: You’re a bad lady! It’s also natural. In science class I learned that humans have a lot in common with wolves, and wolves pee outdoors against trees and walls and things. It’s science!

Mother [aside]: And they wonder why we’re always comparing followers of the alt-right to little boys who want to defy their mommies.

Yes, just not quite in the way you’ve become enamoured of.

You’ve decided that certain types of hierarchical structures and dynamics are inescapable in human society, and that we must subsume ourselves to playing games on their terms.

Quite why you’ve decided that, when it does not actually follow from any of this, is a question you should seek answers to.

As I’ve said, these hierarchical tendencies are simply one set of ways that component-based systems can self-organise, and the way they do so may be transient, unstable, and in flux. The hierarchies are far from absolute even for components with little or no agency, and look at us.

We are introspective, communicating, organising, social beings. We not only have all of the emergent organisational patterns of nature to draw upon, but we can look upon them, recognise them, discuss them, change them, break them. If some people want to get all hierarchical up each others arses, that’s a choice they can make… and if they don’t even realise they’re making it? Well, perhaps it’s time for the disruptors to shine a light on things.

If you’re going to go for the whole ‘objective rational’ persona, it would really help if you tried to stop passing off your hidden assumptions and simplifications as axiomatic necessities.

The very existence of a debate about the inevitability of hierarchical structures right here would indicate to most rational people that humans have evolved enough to question it for ourselves and posit alternate structures. Some rational people, however, prefer to posit those structures as inevitable as a precursor toward promoting and preserving the (usually oppressive) variants they prefer.

Quite why you’ve decided that, when it does not actually follow from any of this, is a question you should seek answers to.

A few examples: collaborative workspaces instead of top-down ones; flat organisational structures instead of multi-layered ones; democracies instead of autocracies; restorative justice as an alternative to trial by jury or judge; project-based group learning instead of one-to-many lectures; patient advocacy as a component of medical treatment. These are all human attempts to move beyond hierarchy.

Anticipating the Nirvana fallacy: do these structures completely eliminate hierarchy? No, because some elements of hierarchy make sense for reasons other than genetic coding we share with lobsters. In a few cases (e.g. the military) old-fashioned strict hierarchies make sense, but in a lot of other cases humans are finding that it’s much better to move away from them.

More importantly and to my point, unlike Peterson they do not blindly accept that hierarchy is the “natural way of things” and instead consider it as a tool that is potentially useful and just or potentially not.

Yes? So? As a means of organising for a task, hierarchical structures are a useful simplifying tool; they allow objectives and decisions to be filtered and processed across various scales without loss of focus or control.

We’re complicated beings, especially together, and most of the things we want to do are relatively simple; we need a way to preserve that, and it’s basically just an expression of order/chaos balancing.

These structures, though, tend to get solidified through the Iron Law Of Bureaucracy, and the divisions they create get promoted to a social standing that people want to take advantage of.

Lots of things exist in nature, doesn’t mean we should take them as a model.

do these structures completely eliminate hierarchy? No

hierarchical structures are a useful simplifying tool; they allow objectives and decisions to be filtered and processed across various scales without loss of focus or control

So what are you arguing against? You both agree that hierarchies are useful to the point of being inevitable. (Which I would consider the evolutionary reason for their presence in lobsters as well.) That’s all that is being argued, contra the extreme left position that hierarchies are exclusively oppressive constructs.

Peterson isn’t saying that hierarchies are awesome and that we need to make them as numerous and steep as possible. You are just filling that in, because you’ve heard he is “alt-right” and therefore must embody the worst possible interpretation.

But the fact that in our heads we have a system tracking our relative social position means we have to take this impulse seriously into account.

The fact that we have brains that aren’t just driven by instinct means that we can do something better.

No, that is is not what we are arguing. Hierarchies can be useful, but they are not inevitable because, unlike lobsters, we have the ability to decide what is useful and what is not.

You’ll have to take that up with your (and Peterson’s) extreme left strawmen. The oppressive hierarchical constructs we’re discussing are the sexist and racist ones that Peterson and his followers attempt to ground in this sort of genetic determinism.

Peterson isn’t saying that hierarchies are awesome and that we need to make them as numerous and steep as possible.

In the case of gender relations he definitely is, as others have pointed out.

You are just filling that in, because you’ve heard he is “alt-right” and therefore must embody the worst possible interpretation.

As I’ve said above, I don’t think that Peterson is alt-right (although he reeks of the MRA subset). But he’s discovered it’s a lucrative business to pander to members of that group.

This is why monarchy is only natural - so long as I’m the Empress.

Wasn’t hard at all to fix that for ya!