And yet, when the revolution hits and people are taking selfies with the heads of the deposed, Facebook is where they’ll post them.

Yes, but the 35M in bonuses could have been taxed at the corporate rate of 21% (no doubt squished down to nothing by clever accountancy) or, as it was, the higher UK individual rate of 40% (let’s assume none of it went to folks making more than 150K to be conservative) – so that money comes out of the corporate form and hit the Exchequer for 14MM pounds.

Now, maybe they should pay more corporate tax, but the bonuses – rather than retained earnings – are a substantial net tax benefit to the treasury to the UK.

Wow, you Brits are tough! Here in the States, some corporations actually pay negative tax.

That “head-line” is an oligarch’s wet dream!

Now, maybe they should pay more corporate tax, but the bonuses – rather than retained earnings – are a substantial net tax benefit to the treasury to the UK.

I don’t necessarily disagree, but it is pretty shoddy that the majority of the tax burden for FB.UK falls on its employees to pay. Those with less have no choice but to pay more.

General question: why is “wealth redistribution” only a problem when the direction is rich to poor, but when poor to rich it is just called “business savvy” (or whatever)

A discussion for another day, but “giant bonuses for employees/execs” are rarely a tax-dodge.

Fear not - we have working tax credits for that, by which employers can pay ridiculously small amounts to their staff and the government pays a top up to the employee. Apparently it keeps our industry competitive and helps the government by reducing headline unemployment figures.

Generally because there’s at least a pretense of some kind of value exchange when it goes rich-to-poor - they’re selling the poor goods and/or services, etc.

I know how Cory likes any excuse to have a pop at the Tories - but this is nothing to do with the rate of Corporation Tax, or anything George Osborne has done, and everything to do with the European Union and the way it allows profits to be moved between European countries and taxed in those with the lowest level of tax. That’s a racket that Luxembourg and Ireland have been playing for many years. Don’t like it? Tough, good luck changing those EU rules. The bonuses, FWIW, are good news - taxed at 40% they alone will pay the annual salary of 700 nurses.

And the British government is not part of the EU?

It’s a game our own (German) politicians love: Co-decide via Commission and Council and feign astonishment.

No - Britain is part of the EU - the British Government isn’t. This has been going on for ages and ages - it’s nothing new and certainly not something the current (or to be fair previous couple) of UK governments have supported.

The infamous Irish double (sometimes combined with the Dutch sandwich) was invented in the 80s, when the then European Community was based on the Merger Treaty (1965) and Single European Act (1986): All decisions were done without a dissentient vote.
The next few important treaties (Maastricht, Amsterdam, Nice) allowed more majority votings, but not until Lisbon (2007) and the establishment of the European Union is it helpful and correct to say that only Britain is a member, but not the government.
Before 2007 the Council (consisting of member ministers) was the governing body in all but name, not the Commission or Parliament.

Interesting. Please give me an example.

I recall General Electric being mentioned last year. There were others, but I didn’t memorize the article.

These articles almost invariably talk about revenue because that’s the big emotive number. But we tax profit not revenue and that £105M is revenue, not net income or even EBITDA. Facebook (and Google and Starbucks) have non-zero costs so profit is always going to be much less. The issue here is the multi-national tax agreements and differences created by the politicians that allow costs and earnings to be shuffled around so that profit always appears to be zero in anywhere with a realistic corporation tax.

There is another possibility here. And that’s that Facebook isn’t profitable. Not entirely impossible. Or, as hinted at in the TFA, the UK profit might have been £35M which they then chose to distribute as bonuses which would have been taxed at a personal rate that is higher than the corporate rate. So what’s the problem again?

Children may be arriving in school undernourished or even malnourished but I have yet to hear of anybody who has literally starved due simply to the cuts to benefits and tax credits.

We have that to look forward to, perhaps.

Well, there’s this one. 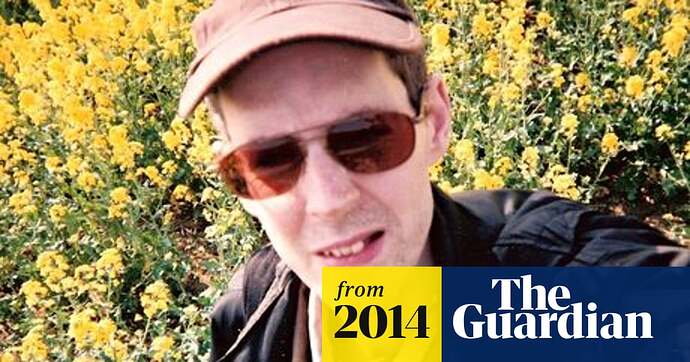 Vulnerable man starved to death after benefits were cut