Feminism/misogyny in gaming - What can *I* do?

So say I’m just an ordinary person. I have little to no influence outside of my own small circle of friends, none of whom strike me as awful shitlords.

What can I do to make this whole situation better?

It seems like there are a lot of people saying a lot of words, but no one so far seems (to my awareness) to be coming up with any grass roots to sort things out.

My conclusion was the only reasonable outcome is to

That’s about it. I dunno, to me games are more akin to Harlequin Romance Novels than Fine Literature so I am not sure much of this matters in the big scheme of things.

put your money where your mouth is

Yeah, this is what I’d say. Fund the people doing it right.

This kind of reminds me of the Kickstarter update of Wings.

This one died on its arse, and they rightly got a lot of criticism for the video (the ludicrous amount they wanted didn’t help much, either). 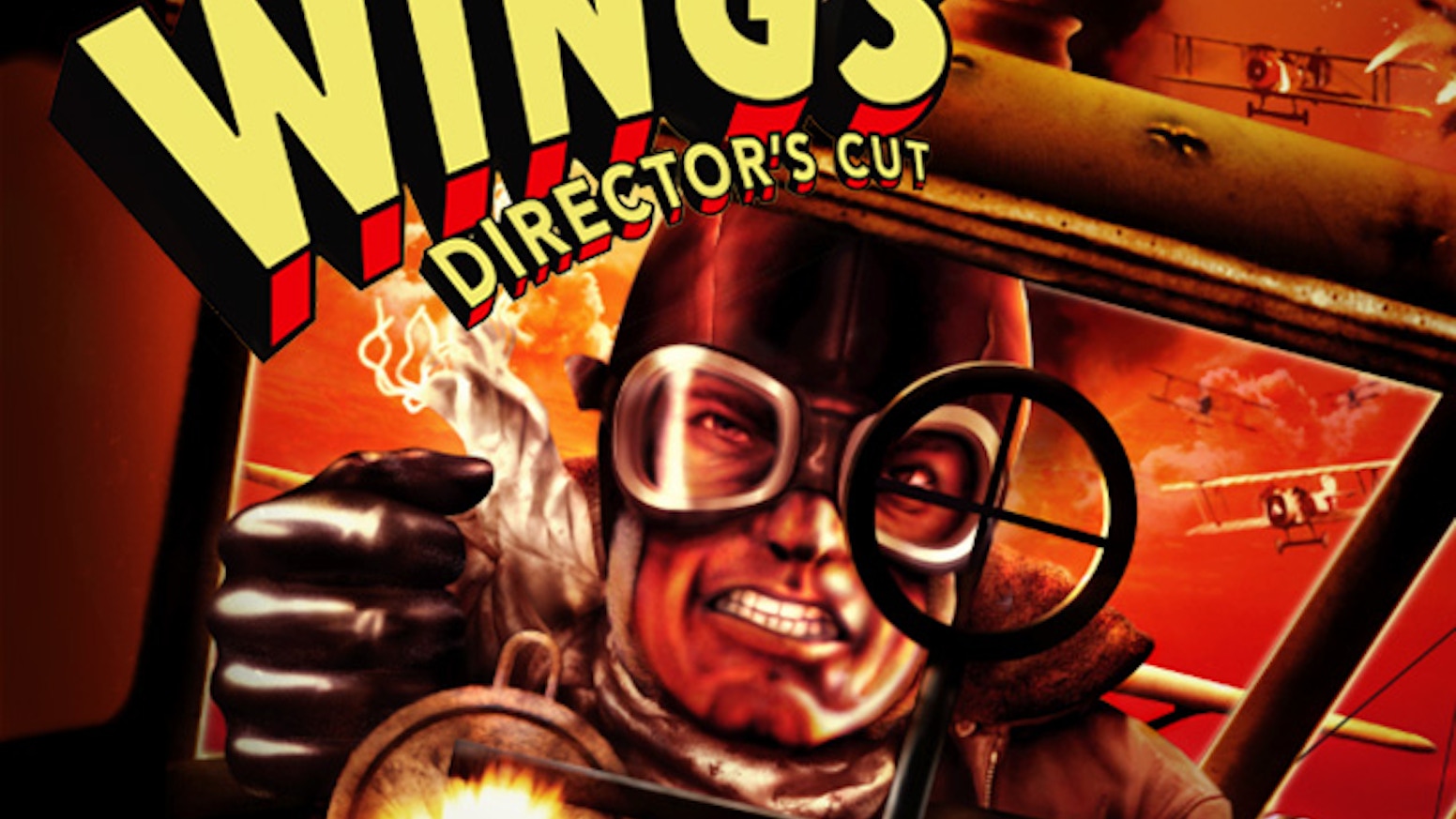 The second campaign was a success (and I should get my copy of Wings soon, yay!) 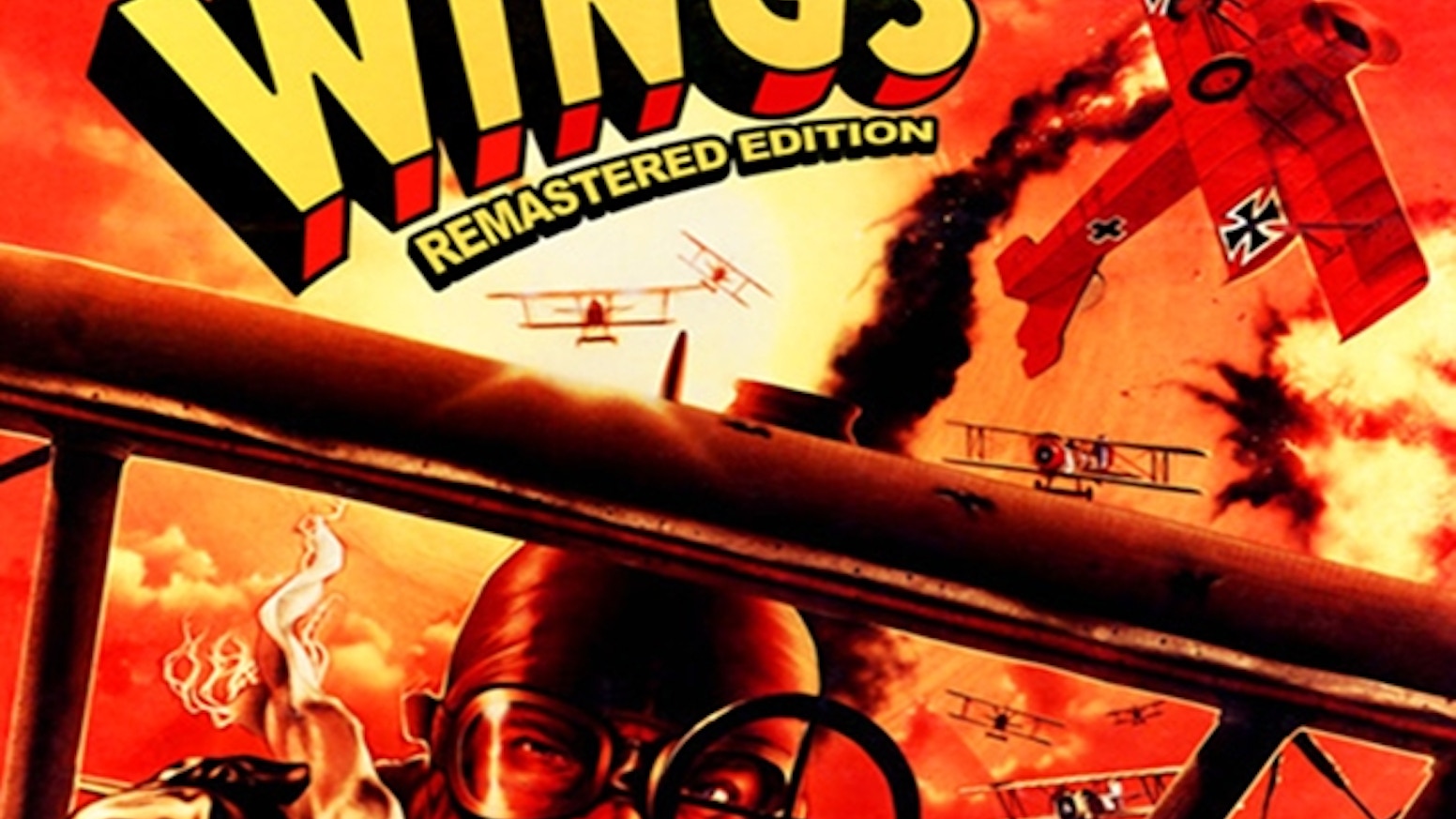 Amiga classic Wings gets re-mastered in high definition with all its original missions, dogfights, story and gameplay!

These are great suggestions.

And I would add: if you’re playing a game with friends, and it has gross stereotypes and sexism in it, say something. “Ugh, this would be a lot more fun if it had some women who weren’t just standing around in bikinis.” “That dialogue is really stupid - why doesn’t she go talk to the wizard herself?” or whatever. Part of liking problematic things can be, having conversations with other fans about the thing’s limitations, e.g., “Game of Thrones” fans saying to one another, “that episode really went over the line with the rape stuff and the fat jokes” while still agreeing that they want to keep watching the show. Acknowledging the problematic stuff is one way of keeping it from fading into the background and turning into “eh, that’s just how things are.”

If you multiplay, then don’t tolerate slurs or “jokes” of any sort (sexist/racist or otherwise), whether in-game or in gaming forums.

That may sound silly, but it really isn’t. I think you should also talk about games when they do it right. One of my friends was recently playing Fallout: New Vegas, and he selected the “female” option for character creation while I was there. (Not many FPS’s even have a female character option). While Doctor Mitchell stitched the Courier up, I noticed something interesting: she’d been designed to be wearing utilitarian undergarments (panties and tank top).

Because this was pre-game play, my friend and I actually discussed what she was wearing, and the fact that it made sense. She’d need to be partially stripped for Doc to work on her (the male is too), but the choice of underwear was right for the Courier. After all, this game is set in a post-apocalyptic Southwest. Why would a courier wear anything lacy? Points to the designers.

Unfortunately, even Fallout: NV makes an appearance in the first Women as Background video - and it’s for good reason. It’s just one clip, starting at about 22:59. At that point in the game, you have the option to kill an NPC called the “Atomic Wrangler Crier”. She’s “a young woman, employed by the Garret twins who pay her to boost the public’s awareness of their establishment and help bring in customers. She does so by using blatant sex appeal.” The ACW is also voice acted by child actor Ashley McGullam (who was 13 when she did the voice, much to the amusement of these guys on Reddit).

Positives and negatives about game design as it relates to the sexes need to be a discussable topic - just as much as game play.

The ACW is also voice acted by child actor Ashley McGullam (who was 13 when she did the voice, much to the amusement of these guys on Reddit).

I did not know that. Wow, that’s creepy as hell. I don’t think even the Garrets would be sleazy enough to make a 13-year-old do that in-game.

The lines are pretty blatant, and she’s only had limited acting experience. As far as I know, the only other voicing she does in the game is background work as villagers. So this character is what she was hired to voice. Sarkeesian doesn’t even discuss McGullam in her vid. The quick shot is just of the NPC being killed. I don’t know if she even knew about the girl’s age at time of recording.

Things like this are why I think we should develop a more open and constructive conversation. Fallout: NV is, at one time and for various reasons, both a positive and negative example - and that’s worth talking about.

Things like this are why I think we should develop a more open and constructive conversation. Fallout: NV is, at one time and for various reasons, both a positive and negative example - and that’s worth talking about.

Agreed. There was a lot of stuff in New Vegas (especially around The Strip) that was kind of off-putting, though nothing on the scale of Fallout 3’s Clover. I tend to find video games so artificial that most of the sketchy stuff doesn’t really get to me (as opposed to movies, TV, and books, where it does), but the way she was portrayed made me extremely uncomfortable. I guess, all of Paradise Falls was pretty awful.

I think you should also talk about games when they do it right.

Agreed completely! That would hold true for any media, IMHO.

The age of the voice actor(while not accessible in game) is Tactical Nuclear Creepy.

That aside, though, how should we judge games that explicitly lean on deeply dubious stuff vs. games set in worlds that are deeply dubious?

As best I can remember, NV does pretty well in terms of female characters, not falling into chainmail-bikini nonsense(Boone’s wife might be edging deep into stuffed-in-the-fridge territory); but it’s also set in post-apocalyptic Las Vegas, where ‘civilization’ is a collection of seedy brothels(albeit ones where women, men, ghouls, and the occasional robot are on offer) and casios, and the surroundings are…downhill from there. (And the NPCs will say so, just as Cass or Veronica about Caesar, or Veronica about coming out in the Brotherhood of Steel).

It isn’t obviously helpful for games to be all grim, all the time; but it seems like misogynistic content ought to be scored differently if it has the tacit or overt endorsement of the game, vs. being part of the environment in a game whose gameworld is a pretty awful place.

Hiya @fuzzyfungus - I agree with your statement about endorsement, and that’s what is so frustrating about NV. I want so much for it to be a really good example of an adult-level quality game, and it almost hits the mark. It has both positives and negatives (everything does):

On the positive: It’s one of the rare examples of an fps where you can choose your player design as female - and it isn’t just to “make her a hottie”. When you take the Courier out for training, it’s a local female that teaches you how to use your weapons. There are both men and women in charge in NV. Through the game, you interact with both men and women.

Then, it has all the inherent problems of setting - it’s a post-apocalyptic version of Las Vegas, and everything associated with that. It’s primed for negative action. However, it acknowledges it’s grim, dirty, and wrong. That alone makes it very different from some games that simply revel in just how wrong their location and society’s actions are.

How does the provided design of the game world affect players? There’s a mod to ensure that the previously empty Atomic Wrangler will be staffed with prostitutes for you have sex with. That mod won’t show the sex, but it does change game play to include payable sex. By including a Crier offering paid sex, and then a visitable brothel, the designer encouraged the development of the mod - because the person who made it thought it was senseless to have sex on offer, and then have no prostitutes. “I made this mod because I’ve become an ‘immersion fanatic.’ It really annoyed me there was missing staff at the Wrangler that contradicted Francine Garret’s dialogue.” He didn’t do it to include simulated sex - and the mod doesn’t. Still, including the town crier (one of the worst decisions by the game designers) seems to be a main reason that he made the mod at all.

The one thing I really do have a problem with is the use of such a young actress for the Crier role. For people who haven’t played the game: this character is designed to be annoying, so you’ll want to kill her. Killing her (a non-threat, just a female annoyance) even gets you a bonus. Keep in mind that language studies have found that young girls’ voices are some of the most annoying to men. I’m pretty sure her age at casting was an intentional move, and it had the desired results.

There’s even a Nexus mod to make her all but silent - yep, you can quiet that annoying Crier rather than kill her. (What a thing to be teaching guys to do.)

Here’s one player’s response to the Crier. Sarkeesian didn’t even use a particularly violent example of killing her when she put the clip she used into her vid.

The rest of the game may not be endorsing misogyny, but the use of a young girl to voice act a character who isn’t a threat (but affords an award if you kill her) most likely is. That’s what leaves me torn about NV, and that’s why I’m so frustrated by it all.

What to do about misogyny and sexism in gaming? In general, object to it when you see it, in gamer forums and chats, and in formal and informal reviews of games. Back up others when they object to it.

Well it sounds so SIMPLE when you put it that way…

I’ve hesitated to mention it because of the connection to the original scandal, but The Fine Young Capitalists seem to have a legit crowdfunding campaign that directly supports female game designers. 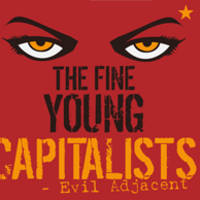 This topic was automatically closed after 899 days. New replies are no longer allowed.