And it feels almost trite to observe that, of course, he passed in 2016, the dismal year of high profile deaths.

How long until the first Cuban-American tells Trump that they would really like their stuff back and now would be a good time?

Oh, good. I was wondering what the perfect storm of precipitating events that lead inexorably to World War 3 were going to be. Now, I don’t have to wonder!

Those poisoned cigars the CIA provided took forever to work.

SwiftOnSecurity has a bit of a penchant for deleting tweets, I think.

How about this one?

When the CIA tries to assassinate you 638 times but you live for 90 years and go out on your own terms. #FidelCastro #RIP https://t.co/GTZa3r0PJp 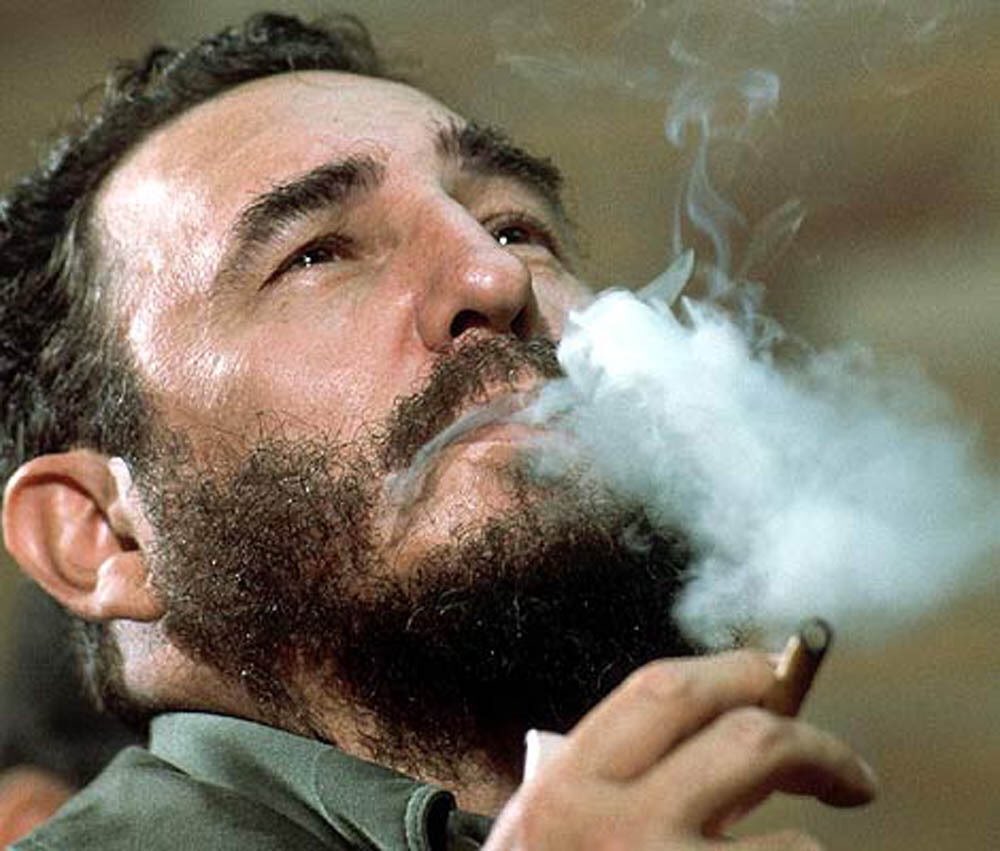 World War 3 was a long time ago.

2016, I see what you did there. Think we’re going to fall for the old ‘kill someone bad to make up for killing someone good’ trick, do ya? I’ll tell ya what, throw in the other brother and we’ll think about it.

Any day a mass murderer passes away is a good day. May his legacy turn into dust and thus stop killing people.

The old goat died before he was able to return my books he borrowed! I guess they are “the people’s” books now, but I don’t know what they are going to do with Chimushi, Mastering Pac-Man, and All About Mealworms. The only reason he undertook the communist uprising was so that he wouldn’t have to pay his overdue books fine at the library, so I guess I should have known better.

I refuse to celebrate the death of anyone. Fidel Castro was a controversial symbol who surpassed the simple descriptions of good and evil, he became both a icon of freedom and oppression.

Undoubtedly he improved the lives of Cubans after removing the United States supported dictator Batista from power. He brought free health care, literature, and hope to a population resigned to oppression. It could also be argued that as a symbol he inspired many more revolutions that improved the lives of oppressed people across the world.

And yet Castro did not become the icon that he came to symbolize, he became a slightly more benevolent form of the dictatorship he once fought against. Both protecting the cuban people and subjecting them to a dictatorship of his own form.

Cuba was destined to become a democracy within two years of the revolution and yet the United States, in its hurry to push Batista back into power (The “bay of pigs”, assassination attempts, economic terrorism), alienated Cuba and forced them to turn to the only other country that would help them rebuild their economy against the will of the United States: The USSR.

This sort of self destroying fear of communism that the United States had would repeat itself again with Ho Chi Minh, our fear of a country becoming communist pushing that said country to… communism.

You do not have to mourn Castro’s death, but you should not celebrate it. He was a man who became more than he was, and lost his ideology along the way.

I refuse to celebrate the death of anyone. Fidel Castro was a controversial symbol who surpassed the simple descriptions of good and evil, he became both a icon of freedom and oppression

I can see that and often I feel that way about the terribly flawed.
Though when Kissinger finally kicks it - 2016 ain’t over yet - I’ll likely not. Not to change the subject.

World War 3 was a long time ago.

This is literally correct. The real first world was was the Seven Years War which included much of the world including the Americas and led to the American and French Revolutions.

“Everything is Cuba’s fault! All we wanted was to have you do the very thing the person the revolution overthrew was doing! Why aren’t you letting us exploit your country!?”

I mean, he got authoritarian, but would things have gone that way without the ~600 assassination attempts and various terrorist attacks?

“Well, the U.S.A. is finally eating its own tail. My work here is done.”

I mean, he got authoritarian, but would things have gone that way without the ~600 assassination attempts and various terrorist attacks?

Basically the situation was that the Cubans who had been looting the country under the previous régime went to America and demanded that Castro be forced out so they could continue looting. Looking at Haiti and the Dominican Republic, it is hard to believe that ordinary Cubans would be better off if that happened.
The US has an extraordinary history of supporting the looters of foreign countries - not I think because of a deliberate desire to do that but because too many politicians are already psychopathic, and they get on much better with other psychopaths than with ordinary people. Obama was very obvious not a psychopath, and he managed to improve relations with both Cuba and, once that bonkers President had gone, Iran.
You can think what you like as to my opinion of how Trump will get on with Putin.

I never saw Fidel and Florence Henderson together in the same room.