Originally published at: Firefighters rescue a teen who got stuck in a tree trying to rescue a cat | Boing Boing

I’m just surprised nobody had some rope at home. When I was younger, we would have tried to rescue him ourselves.

ETA: For clarification, I lived in Kansas where long rows of trees were planted at the edges of farm crops to help prevent topsoil from blowing away. Almost every house with a kid who lived on one of these rows had a treehouse out back, and a rope to shimmy down.

Trying to do the right thing, a 17-year-old boy…
…Reith said Monday that a 21-year-old woman who was the cat’s owner

We’ve all been there. Usually with similar success.

What, generously tried to help a neighbour?

…but only risked life and limb for certain neighbors

It sure does seem, at times, like local news exists to humiliate the shit out of area residents.

But who will rescue the firefighters? 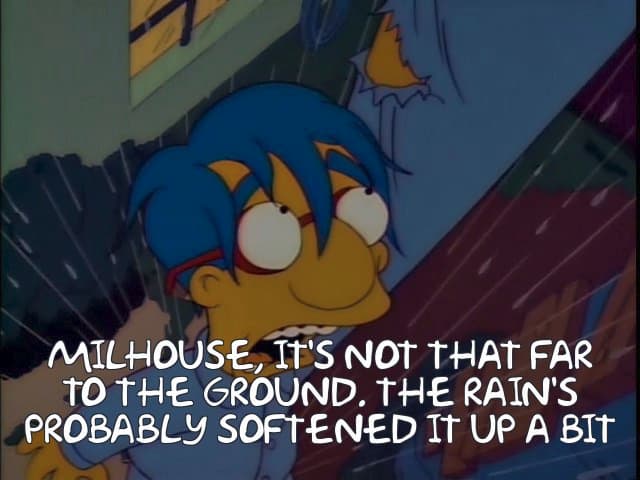 You know, I’ve never seen a dead cat in a tree (or lying at the bottom of the tree). I’m pretty confident the cat would have come down on its own when it got hungry / bored.

But who will rescue the firefighters?

And before someone asks the next question, forget it. It’s arborists all the way up.

I remember as a youngster being worried our cat was seemingly stuck in a tree next to our house. We begged our dad to call the fire department to rescue it. He would not and said, “Don’t worry. Have you ever seen a cat skeleton in a tree?”
I had not and now, some 45-odd years later, I still have not.

Yeah “rescuing” a cat from a tree is kind of like rescuing an otter from drowning. That’s basically their natural habitat, and it’s better equipped to get itself out of that situation than you are.

My late cat Jasmine would climb trees or on the roof, and cry out in the middle of the night for me to come save her. I did it a couple of times, but after that I figured I’d just let it play out. Of course, she’d always come back inside of her own volition later on.

We took in a feral last year. I have pictures somewhere of him as a kitten about 30 feet up in our tree.

He came down eventually and then he went back up. He loved climbing trees.

I might be inclined to rescue an indoor cat that got out and got into to trouble but an outdoor cat is perfectly capable of climbing back down.

The danger of going after the cat is it gets scared and goes higher.

Also add that barring particularly unusual circumstances, even if that cat fell out of the tree at that height, it likely wound not sustain any significant or lasting damage.

Also, I’m going to go there and victim blame: That particular location in the tree doesn’t seem that hard to get to/down from. Even my old ass could shimmy down from there, and when I was 17… If you’re scared of heights or not a decent climber, you probably shouldn’t go chasing your neighbor’s kitty (up a tree). 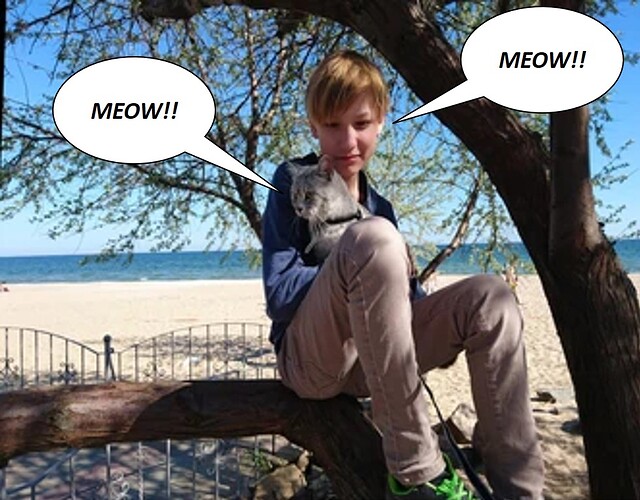