Firefighters rescue farm piglets from fire and later eat them up 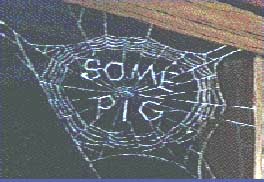 As the saying goes, “out of the fire, into the frying pan.” (Or grill in this case.) 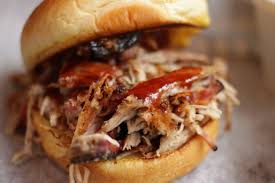 Until you mentioned lunch, I did not give a thought to the fact that I am, at this moment, sitting at a computer and eating a ham salad sandwich.

(edit - so, you not mentioning lunch, but that sandwich screamed LUNCH at me.)

The Circle of Life Bacon

I’m a vegetarian and I don’t understand why anybody would be surprised or upset by this.

I can understand why the piglets might have been upset.

I’m sure the gratefulness made those piglets extra tender and succulent.

It doesn’t seem as though anyone is upset, and the artcicle’s pre-emptive mention of unhappy vegetarians is the only one I’ve seen.

the sausages were fantastic

I didn’t actually read the huffpost article, I read about this in the guardian earlier:

Firefighters eat sausages made of piglets they saved from blaze

Apparently the firefighters had to remove their facebook post and apologise, such was the ferocity of the vegetarian outrage. However, the examples provided are pretty mild, so who knows. Also PETA was there.

It makes no sense. No farmer would sacrifice piglets for sausage. He would wait until they grow up and have meat on them. Six month later they are not piglets anymore.
Oh wait…that’s what happened. Read the original article. So the firefighters saved the livelihood of the farmer and he thanked them with sausage. Definitely not newsworthy.

I see, thanks for the additional context. The whole story and it’s title strike me as manufactured outrage and sensation, regardless.

They are raise as food. If you don’t have the stomach to kill your food you probably shouldn’t eat it. Reducing meet consumption helps everyone.

Yeah that’s pretty much my sense of it as well.

How low humans have sunk.

No thoughtfulness. No compassion. Nothing.

Out of the fire into the frying pan…

However, the examples provided are pretty mild, so who knows.

I didn’t see anything about the sausage being spicy, so yes, I think we can surmise those examples were pretty mild.