Never mind that whole “no one shall be "deprived of life, liberty or property without due process of law” portion of the constitution… The second amendment trumps the fifth, am I right?

Save even more money, shoot useless sheriffs (or just fire them).

total money saver, it’s not like anyone has to investigate all these shootings…I guess unless that’s what he’s wink-wink suggesting…

The ole’ “shoot first ask questions later” dragged out in the open for all to see.

Does it apply when ACAB’s show up uninvited to your door? 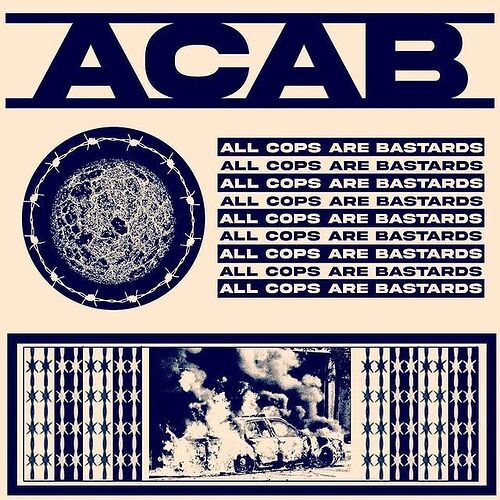 Does it apply when ACAB’s show up uninvited to your door?

“Oh, I’m sorry, officer. I thought you were a burglar.”

I wonder if a cop ends up dead from someone shooting a “burglar” during a no knock warrant, this statement will be used in their defense? 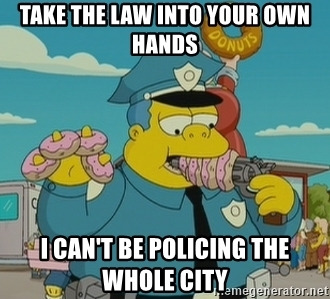 We already have the test case: Breonna Taylor. Cops broke down her door in the middle of the night and failed to identify themselves. Her boyfriend fired at them, and the cops fired back, killing Breonna.

Her boyfriend was charged with shooting a police officer and no charges were brought against the cops. Oh, and they had the wrong house.

Honestly the funniest part is him pretending that the police expend any resources on burglaries, or that giving the police less work to do would in any way reduce the amount of bullshit overtime they rake in. And as for those for profit prison cells they could be saving? yeah, no way De Santis will let his involuntary-hotelier and slaver bosses go without their bread and butter.

“Whoever that was, you’re not in trouble. Come see us.”

LOL anybody that believes a cop when they say this deserves what they get.

That would be wrong, unless you suspect that they’re bad guys impersonating an officer, in which case “you’re more than welcome to shoot them”.

We have a gun safety class we put on every other Saturday.

Any class that is taught with the goal of making more people dead isn’t a “safety” class.

Playing back the Sheriff’s own words on why someone shot first and asked questions later could come back to bite them in the ass.

Not that I’m advocating it - but you could save money if you Shot the Sheriff. What’s his salary and bennies add up to?

Of course- you’d save less if you shot the Deputy.

The second amendment trumps the fifth, am I right?

the second only says:

A well regulated Militia, being necessary to the security of a free State, the right of the people to keep and bear Arms, shall not be infringed.

and i don’t see a single thing there about shooting a gun so it really doesn’t have to be either / or.

( nor even really about individuals owning guns – “the people” being not individual humans, but simply “not the federal government.” at any rate, more clearly: nothing about shooting guns. )

Of course- you’d save less if you shot the Deputy

That doesn’t fit the soundtrack, so Sheriff it is.

Logical consistency isn’t even a strong suit of our legal system, much less the least honest segment of it.