Got some nice corn in the fridge, I’ll try it, it seems similar to the easiest way to do a quality hard boiled egg.

from a guardian article…

they say a similar method is used for fluffy rice…

This is pretty much how my mom has done it her whole life, though I think she puts the corn into the water while it’s still cold. Works great.

My recommendation: Only remove part of the husk, enough to clean it up. Then boil just enough water to steam it with a lid on the pot. You’d be surprised how much flavor gets lost into the water if you boil it in a pot full of water.

If you are going to boil the corn — one of the very few things a microwave excels at, FWIW — then follow those instructions but leave for 3-5 minutes at most.

They didn’t mention that I heard, but I’d have the corn at room temperature before starting, not straight out of the fridge. Otherwise I would waste some of that residual heat warming it from 40 to 70 F., and it would take longer at best. It does sound like a forgiving recipe though.

Mine is: husk the corn and wrap in a half-sheet damp paper towel (or leave the husk on, but rue having to strip a hot ear after). Nuke for 5 minutes.

Slap on butter (with a fork; so easy), salt, consume.

You could use less time and less water waste… 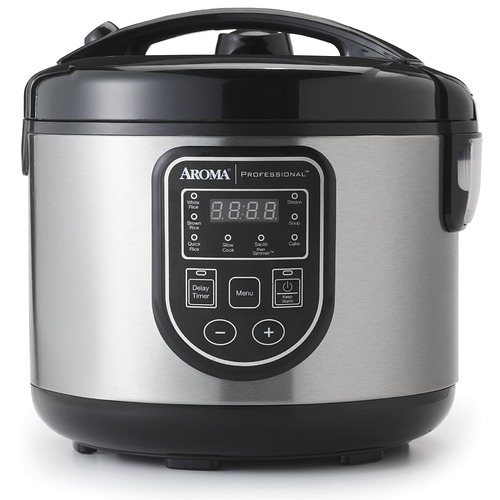 For delicious corn: grill it. In the husk. Until some of the kernels are blackened/carmelized. Soak them in water, in the husk, for a bit to keep the husks from burning totally away. Corn Kid knows, you can see the burnt kernels on his corn.

Similar to “DiveGirl” but I leave everything on. Five minutes sounds a tad long, even for a large one but I do like mine crisp and crunchy! I cook mine, totally complete, for only about three to three and a half minutes in an 800-watt microwave, turning over once. Stand for about a minute, then chop the ends off, strip off the husk (use oven gloves 'koz it’ll be a touch warm!). The silks/strings almost fall off on their own. They don’t need much persuasion. Smother with “proper” butter and sprinkle with black pepper. Some folk use salt but I think pepper sets it off better. The only obvious disadvantage is that you can’t easily inspect beforehand to check that it’s really fresh with no flat kernels or whether there any unwanted beasties in there. Husks should look “fresh” and not dried out or parchment-like. I get mine from a local farm shop who grow their own and they’re usually top quality. Can’t stand pre-packed supermarket ones, as they always seem to have a “musty” taste to me! Pity the season for fresh ones is so short.

Put corn in pot with quarter-inch of water, bring to a boil, and steam for two minutes. That’s it.

This does seem like a good way to ensure that corn is nice and hot while timing other items to the table, but any high temp for a short period of time will do beautifully. Just don’t overcook or the starches will gelatinize and make it chewy. I’ve also found that grilling in the husks is way too messy and gets ash everywhere.

The best thing I ever learned to do was leave the stem on. People husk them and then snap the stem off, then try to jab a bamboo spear or those useless tines into the end to replicate the thing they just snapped off, often stabbing themselves in the hand in the process. No one ever does this. I looked through dozens of photos just to find an example: 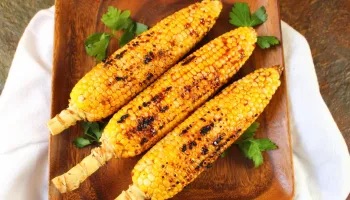 Also, husking is super easy too if you don’t overthink it like this (yes, I absolutely can shuck faster and with less mess). Peel off the dark green outer layers, but not too many. Split the top of the leaves and hairs and pull off one entire side at once, leaves, hairs and all. The leaves help pull the hairs down and leave virtually nothing. 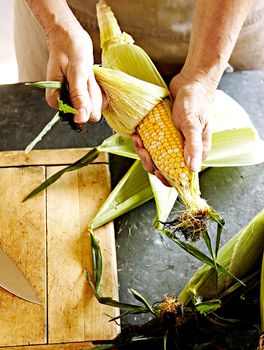 If you use such a workflow often (so that it’s routine for you), vac-seal cleaned cobs with some seasonings and butter then poach at 185F for 30-45 minutes. That’s just a tad above the gelatinization temp of the kernels’ pectin, and by keeping in such a tight environment you’re basically poaching them in butter and their own concentrated stock. Makes super-corn flavored corn!
-ref: SeriousEats website and personal confirmation that this is awesome

Or more simply, full-elote on the grill! You’ll be eating corn before you’d even get your above bath up to temp.

am i the only one who thinks a 10-30 minute window for this is pretty ridiculous?
it could be 10 minutes or might take 3 times longer???

the recipes in the comments seem more legit to me.

Nero Wolfe would be furious! Bake, don’t boil! That being said I personally think it’s hard to ruin most sweet corn. I’ve eaten it raw right off the stalk and been quite happy.

Came here to type that Nero Wolfe’s recipe is the very best:

“Millions of American[s] commit that outrage every summer day. They are turning a superb treat into mere provender. Shucked and boiled in water, sweet corn is edible and nutritious; roasted in the husk in the hottest possible oven for forty minutes, shucked at the table, and buttered and salted, nothing else, it is ambrosia. No chef’s ingenuity and imagination have ever created a finer dish. American[s] should themselves be boiled in water.”

Above Wolfe quotation and below clarification from
The Spiral Staircase: The Best Corn on the Cob Ever (a la Nero Wolfe)

Put the ears on a baking sheet in a 475-500 degree oven for 40 minutes, and then present on a platter at the table with butter and salt on the side. Have your guests shuck at the table. It tastes like cake.

You’ll be tempted to cook this at a lower heat or for less long, but I’ve tried it at all heats from 400 to 500 and from 20 minutes to 40 minutes. Forty minutes at 500 degrees is the best. It doesn’t dry out. It’s sweet and perfect. Don’t worry about the cornsilk; it comes easily off the ear after roasting.

Since doing it once the following way, I never go back: steam it for a couple minutes on the stove, just until the color of yellow goes from drab to brilliant. Don’t overcook it.

Maybe the OP method is okay, but corn cooked in a pot of water is nowhere near as good as steamed, IMO.

I like my corn tossed in boiling water for a couple minutes, my wife boils it for 3 days because she likes it really mushy.

Here’s your buttering tip of the day.

Large Mason jar filled with water, pour melted butter in and let it separate. The butter floats on top, dip your corn.

Recipe I read somewhere many years ago:
Get a pot of water boiling on the stove. Go out the corn patch, and harvest an ear. Run, do not walk, back to the stove, shucking the corn as you do so. Dip it in the water, and eat.