For the first time in 22 years, New Zealand has banned a book

Horrific. And NZ, of all places? Very sad.

New Zealand used to ban lots of books. They felt books had to be written in new zealand to be sold there, so most books, which just happen to be written elsewhere, were banned. That at least was the message from Robert Heinlein’s travel book “Tramp Royale”. Perhaps i missed some clever satire, i havent validated the story elsewhere.

http://www.economist.com/blogs/prospero/2015/09/banned-books has more on into the river.

My eldest is only 3 years old so I’ve a while to go before we get to YA stuff, but if that’s “fairly normal” ive a lot to learn!!

Wow. Banned, as in actually banned a book. I mean, wow. I had kind of had this image of New Zealand as a modern western democracy, not some third-world shithole theocracy run by iron-age fundamentalists.

Someone should really send these guys a copy of “Cities of the Red Night,” and make sure to tell them it’s a young adult novel in the cover letter. It would be worth it just for the image of one of these folks actually reading it.

Fundamentalist of any stripe anywhere are to be feared and fought. They hate the light of free thinking. Something deep inside their psyche is twisted. I just bought the book on Amazon to see for myself what frightens these creeps so much. I’ll go to the local university after I read it and donate the book to a New Zealand refugee.

Handjobs are pretty lame. It’s the one sex act you can reliably do better yourself.

Handjobs are pretty lame. It’s the one sex act you can reliably do better yourself.

Regarding pure technics, yes. But there are also some psychosocial factors…

I didn’t even know we had a censor. That’s a bit of a shock.

Given that New Zealand teens are rather chlamydia infested, I suspect that many of the book’s target age group are well acquainted with more than the sex act in question. So there’s not much point shutting the stable after the horse has bolted. In fact, ‘Into the River’ might even be considered safe sex advice in comparison …

Huh. I’m out of the habit of reading a lot of YA books, but reading the line “Then she had his cock in her wet hand” kinda caught me off guard. But then I reasoned that the A in YA stands for “adult” (albeit a young one), so we’re not exactly talking about the Judy Blume market. And anyway, I was reading pretty hair-raising stuff (The Exorcist, Tom Tryon’s Harvest Home, and everything I could get hold of by Stephen King) in junior high, and I turned out… well, the way I turned out.

And anyway, we’re not talking about a school board arguing over its appropriateness in, say, a middle-school library, but an outright ban where voting-and-drinking-and-soldiering-and-screwing adults can’t even get hold of it.

That’s beyond lame. A school district banning such a book has so goddamned much precedent that it would be unsurprising and only arguably worth fighting too hard (since such a book could be obtained so many other ways than from Mrs Grundy, the school librarian… who’s generally a huge fan of encouraging kids to read whatever the hell they want to anyway). But a national ban? That’s unconscionable.

we’re not exactly talking about the Judy Blume market 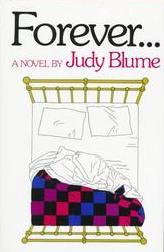 I didn’t even realise there was such a thing as YA fiction until I was at the top end of its target age group. I graduated from the kids section at about age 11-12 and went straight to the SF, Fantasy, Horror, and Thriller sections. My parents aren’t readers and were just happy I had a safe hobby (little did they know) and the librarians weren’t censors — they upgraded my card to an adult one and just let me borrow what I fancied. So I’d read far, far worse in every way than ‘Into the River’ even before age 14 and can’t really see the point of censoring. I turned out vaguely OK despite everything.

Censorship is fucking obscene as shit, and any asshole who’d do it is a lucky sonofabitch when nobody nails them to a goddamn motherfucking tree as far as I’m concerned.

Nowhere is a utopia. But New Zealand is pretty OK and I prefer living here compared to the UK, SE Asia, China or Oz.

any asshole who’d do it is a lucky sonofabitch when nobody nails them to a goddamn motherfucking tree as far as I’m concerned.

“And then, one Thursday, nearly two thousand years after one man had been nailed to a tree for saying how great it would be to be nice to people for a change, a girl sitting on her own in a small café in Rickmansworth suddenly realized what it was that had been going wrong all this time, and she finally knew how the world could be made a good and happy place. This time it was right, it would work, and no one would have to get nailed to anything.”

Yeah, yeah, yeah. Another book you’ll find in the better-stocked high school libraries, but might have a hard time finding in the junior high ones.

Correct me if I’m wrong, but I don’t remember Judy Blume’s prose mentioning cocks and semen splattering on walls. “Ralph” was a notable exception, but I do concede your point. The splooge in Then Again, Maybe I Won’t was… well, not so in your face. As it were.

well, not so in your face.

WE ARE AMUSED. CARRY ON.

It’s not the first time in 22 years. It’s been 22 years since NZ passed the Films, Videos and Publications Classification Act under which the book has been interim restricted pending review by the censors - which will not occur until October.

There were 3 books banned under the Act in 2013 alone, and over 150 the last time the censor office released figures in 2009. It’s by far gotten the most publicity out of it, but far from the first.