What am I looking at?

you looking at a crucial part of the best understandable explanation of the chernobyl catastrophy in mass-media . the last episode is brilliant.

you forgot the quotes:

You are all obviously mistaken. The control rods did NOT jump up and down because the core did NOT blow up. Now shut up, pick your faces up off the floor, and get back to work.

(God how I hated that guy)

Seriously, just seeing this four second clip made me feel all queasy knowing the context.

I remember watching a BBC Horizon documentary about the Chernobyl disaster, made in 1991. They interviewed scientists and other workers on the site, who were desperately trying to find the missing reactor material and secure the place as best they could. They were well aware of the radiation levels and what they meant, and knew they were extremely unlikely to survive. Their bravery in a terrible situation made a big impression on me at the time. Apparently the Horizon team went back in 1996, by which time most of those they had originally interviewed had already died.

Seems a little bit in poor taste, considering how many people died from this little song and dance (50 immediately and upwards of 60k by some estimates). I imagine the next in the series should be images from Bhopal set to the tune “Classical Gas.” Can’t wait to see what you come up with for Tiananmen and the World Trade Center.

The Tiananmen square protesters had their song, but it was edited out for western news.
You can’t have a capitalist narrative of good vs evil when both sides are obviously communists.

This is the one I always break out when I want hard tetris:

I get where Gabber’s coming from, but it always seems a little over the top.

I think this is just a personal taste thing. Hardstyle always felt too slow for me, even when my CFS was at it’s worst and I could barely get out of bed.

If the English translation given is accurate, this is very fitting.

ETA: @beschizza, would be looping it to a GIF be within your scope?

ETA: crudely made. No sound.

OOPS! I get HBO through Amazon. My bad!

i was thinking about how brilliantly the show was organized and structured. we see a bit of the same time and the aftermath in the very first episode, then spend the intervening episodes understanding how it happened and the effects, and then by the time the last episode relives it second by second, the tension and dread is just immense. then the hammer falls with the real footage of the principal characters and what happened to them. it’s just devastating.

I imagine the next in the series should be images from Bhopal set to the tune “Classical Gas.” Can’t wait to see what you come up with for Tiananmen and the World Trade Center.

The segue here from murderous negligence to intentional atrocity answers its own question, I think. “Forbidden Tetris” highlights the horrific absurdity of a reactor design at its point of failure. At the moment depicted, nothing terrible has yet happened, even if it is virtually inevitable, so the subject of humor is abstract: the Soviet establishment, its stupid machines, its empty patriotism.

Something similar for Tiananmen or 9/11, however, would be much more likely to mock the victims by design, because the available footage is of people dying (or killing) rather than of a system at the point of failure.

Back in my mispent youth, I recall the day in which the “Chernobyl rain” reached the west coast of the USA. I picked up a rabble-rousing t-shirt that displayed a violently yellow hammer & sickle with the words: “Radio Moscow: Take Your Radiation Like a Man.” I read Frederick Pohl’s “Chernobyl” which is a solid book because, duh, Frederick Pohl. You could say that I had a morbid fascination with the “incident.”

I have to admit, that watching the HBO series has brought home the reality of this nuclear accident in a way that books, newspapers and pop-cultural ephemera cannot. The nuclear accidents that have occurred since Chernobyl have only highlighted how unready we are to take the risks that nuclear power presents to an energy-hungry world. The same denial and confusion plays out over and over again. Frankly, under the contemporary role of government and the military/industrial complex of every nation on Earth, I’ve come to believe that the only practical use for nuclear power is in deep space. Sorry about that.

I would argue that Fukushima Daiichi and Three Mile Island have shown that Nuclear power can be safe enough to use, although we need to very much reassess how we use it and where we position the plants. Those two disasters were every bit as bad as the Chernobyl incident, but resulted in so much less loss of life and environmental impact because they were handled much, much better.

Honestly, the largest problem that we have with Nuclear power in the United States is that we are operating powerplants far past their life expectancy because we cannot build new, safer plants. They are rebuilding them part by part but they can’t upgrade to safer systems because they cannot alter the fundamental design of the reactor due to regulatory compliance issues.

And in the meantime Coal fired plants and other power plants are spewing enough CO2 into the air that we are facing global catastrophe of a magnitude unseen in the history of humanity.

OH- and for the record, the people who I know who are experts in radiation safety have mentioned that there are serious problems with HBO’s portrayal of events in Chernobyl… there was much eye rolling. 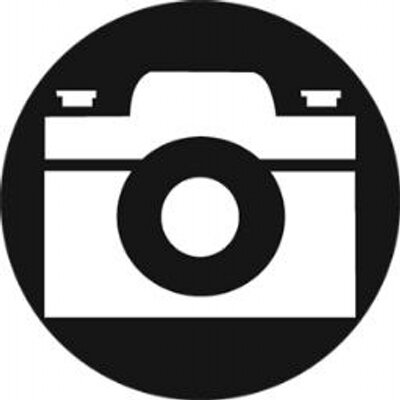 35 years ago Tetris was released by a Soviet software engineer. This is Alexei Pajitnov - the engineer who created it.. https://t.co/YLbcfiI0ga
1 Like
LutherBlisset June 7, 2019, 9:44pm #37

Your arguments about safety are irrelevant in the light of a waste problem which is unmanageable.

Anyone who thinks that humans can make plans for “secure containment” over hundreds or even thousands of years can’t be serious, or has lost their marbles.

Also, your argument about “better management” seems to be bullshit, since the type of reactors is the important difference, not the management of their meltdown. If you don’t burn graphite and do not blow away most of the containment before, you’ll have less loss of life and less environmental impact.

What these incidents do tell us is that you cannot prevent failure of a fission reactor.

The talk about regulations which are in the way of building newer reactors outright harmful. It suggests that a de-regulation of safety rules makes things more safe in the long run.

I could go on, but I am very tired of having the same argument all over again since the bloody 1980s.

Frankly, NOT moving to Nuclear power (along with renewable energy sources and hydro/wind/solar) is too dangerous to think about.

I disagree with much of your comment, but this part is difficult. We’re power hungry, and it has to come from somewhere. I’d love to believe that we’re all suddenly going to use less power, but I don’t see that happening (electric cars anyone?). When [James Lovelock](https://en.wikipedia.org/wiki/James Lovelock) started supporting nuclear power, I had to reassess my own opinions. It’s not a great answer, but it is hard to say that nuclear fission, with all its risks, is worse than the current alternatives.

I am not saying that we should de-regulate nuclear power; far, far from it. It is something that needs to be highly regulated; under constant and direct government review with transparency and constant peer review.

The big problem is that in the last 40 years we have gotten a better understanding of how to build safer and more efficient reactors. But the last US nuclear power plant was approved in 1977. A new plant opened up in 1996, but the approvals occurred in 1973 and construction was delayed.

So we have reactors being maintained and operated past their expected lifespans that can only be repaired to their original designs, even though it would be safer to replace them with new, safer designs, because the regulatory process won’t allow them to upgrade because it needs a new permit that won’t be granted because public pressure by people who are uninformed about nuclear power due to fake news movies like China Syndrome and this movie and by fact-challenged sensationalist news articles. (Remember that big wave of radioactive water that was supposed to kill everyone in the West coast? Yeah, that didn’t happen…)

even though it would be safer to replace them with new, safer designs, because the regulatory process won’t allow them to upgrade because it needs a new permit that won’t be granted because public pressure by people who are uninformed about nuclear power

That is a very long chain of assumptions.
Different take on the same fact, i.e. maintenance instead of building new plants:

There is a part of the public who know that it is impossible to build something completely fail-safe and who think the risk of contamination is not outweighed by the benefit of having “cheap” nuclear power. Those people are also aware of the waste problem, and the resource problem which includes uranium mining and the re-allocation of financial resources which, in their view could very well be applicated to developing sustainable alternatives. So, yes, they are creating public pressure, and a lot of people who only agree in part with some of that assessment are also opposed to building new plants. There are also people who fear that hideous tower-high monsters will devastate Tokyo and NYC when nuclear accidents happen, of course. And all shades in-between. I would however assume that people who are informed outweigh those who are ignorant.

Furthermore, replacing the old plants with new plants needs to be highly regulated and independently supervised because we simply cannot allow, as a society, something to go wrong and contaminate the environment including human population.

Replacing the old plants would also mean to have a working method of de-building it, decontaminating the material, and storing parts of it safely for a timespan which is unprecedented in all human history for dangerous waste. The costs, BTW, are prohibitively high. Safety must be guaranteed, again, independently, as further contamination only increase the problems (and the costs).

I must say, when you said you are opposed to de-regulation and seem to contradict yourself some sentences later (“because the regulatory process won’t allow them [to build new plants]”), it didn’t exactly convince me. I tried to argue in good faith that you really don’t oppose regulating nuclear power. I hope I did well, and you don’t dismiss my POV because of some slight snark. I couldn’t help to feature some silly movies.