Obviously this is not good news.

though the reactor in question seems to be one of the more modern designs, the VVER. Crucially, it’s water moderated, so coolant loss will automatically kill the reaction.

Technically, aren’t they ALL ‘technical’ faults?

This has not been a good year for the Ukraine.

A short circuit in a generator was responsible for the Nov. 28 shutdown of a power unit at the Zaporizka plant.

In other words, the safety systems worked as intended?

This is the Zaporizhia plant. Six blocks, each a gigawatt of electrical power with a VVER-1000 reactor. Fairly safe design.

One reactor is under scheduled maintenance, one (the block 3) is shut down now, this leaves the plant at 4 gigawatts, two GWe short of the power production. Given the razor-blade margins the Ukrainian power grid runs on, because of coal being stuck in the Donets Basin area instead of being shipped into the coal plants, there are the outages as that one gigawatt with no spares to go online became a meaningful difference. And the politicos will apparently have to bite the bullet and buy the power from Russia. Hee.

IRSN, that French institute, did measurements in the area and found no increase of radiation. (src)

The WSJ claims the problem is a generator. Other sources, e.g. BBC, claim it is a damaged output transformer. My guess is the transformer. These are counterintuitively complex buggers that go wrong rather rarely but then it can be quite a show, if the protection circuits aren’t fast enough and the oil they are filled with leaks and ignites. Youtube is full of pretty videos of burning transformers; tiny ones in comparison.

Of course everybody and their dog hear a nuclear plant has a problem and have to mention Chernobyl. Despite the subsystem being affected is shared with any other kind of a power plant. It’s a transformer, people, a transformer, what the problems are with! Not a reactor.

Bet that greenies meanies will have a field day from this, crowing how nuclear power is dangerous. They do that with every mishap report, down to a burnt-down waste paper basket.

Edit: Also, why the scare quotes? It is a technical fault. Using them in this context does not exactly increase the believability of the title.

That was my first thought too.

But then again, the CIA is putting paranoia drugs in my Corn Flakes.

It’s oh so tempting thought. I usually bet against the people with the sabotage/terrorism hypotheses. It is a safe bet you will win in vast majority of cases.

The reality is way less boring than terrorism; there’s a plethora of conventional, natural, more fun failure modes to be amused with.

This incident is on the ‘non nuclear’ side of the plant. In the transformer yard where electricity is distributed out to the grid. Also its not correct to say that “…largest nuclear power plant shut down”. One reactor out of 6 is currently offline in order to protect its electrical generating system from a faulty transformer located in the plants switchyard. The other 4 reactors at the facility are in normal operating, 1 is offline for pre planned maintenance. For refrence you can see the plant’s official site http://www.npp.zp.ua/ the operators site or the IAEA’s press release here http://www.iaea.org/newscenter/pressreleases/iaea-informed-ukraine-nuclear-power-reactor-remains-safely-shut-down

Just to be clear 4,000 MW of power are still being generated at the plant so it is definitely not ‘shut down’. Their was not and is not any unusual threat to life or health.

Does anyone else find themselves getting outrage fatigue over bullshit BoingBoing headlines? Six months ago I would have been vigorously snarky over the scare quotes and Xeni apparently not knowing the difference between “shut down” and “reduced output by 1/6”, but at this point it’s kind of just expected.

Okay, I guess I managed to squeeze some snark in there. But seriously, this is a thing.

Obviously this is not good news.

I dunno, it’s better news than it not shutting down…

Despite the subsystem being affected is shared with any other kind of a power plant. It’s a transformer, people, a transformer.,

Thank you! For those that are interested here is a rundown of a similar (at least from what is known currently) incident at a US plant a little over one year ago. http://www.power-eng.com/articles/npi/print/volume-6/issue-6/nucleus/callaway-turbine-trip-failure-of-isolated-phase-bus-system.html . My understanding is that basically a relay detects the fault and trips a transformer which trips the generator which trips the reactor. Ideally this all happens automatically and the reactor is placed into hot or cold standby.

Yes Xeni clearly hates nuclear energy with a passion and is willing to skew the truth and disregard any notion of responsible journalism when it comes to the issue.

For those that are interested here is a rundown of a similar (at least from what is known currently) incident at a US plant a little over one year ago.

Good report. THIS is how a good reporting of a plant mishap should look, at least its final version when everything is known.

Lots of possible faults, many different relays, a plethora of various protection systems. The sooner they trip, the better chance of lowering the damage. The gas pressure relay on the transformer has a chance to shut the thing down when overpressure is detected (usually from internal arcing, usually a result of degraded insulation - time and traces of moisture in the oil do damage on the insulation of the windings), hopefully before the arcing gets bad and the transformer swells into a ball-like shape and possibly even explodes in a fireball of burning oil. (This is also why they tend to be outside, and in concrete semi-cubicles that protect the other transformers nearby when this happens. These things are Expensive and replacement takes time and the downtime adds more losses.)

Yes Xeni clearly hates nuclear energy with a passion and is willing to skew the truth and disregard any notion of responsible journalism when it comes to the issue.

Lack of familiarity with power engineering does these things to people. That, and the lack of awareness of deaths and damages linked with other kinds of power plants, from coal mining accidents to oil/gas drilling to dam failures to falls from roofs while installing solar arrays. If we count these into the big picture, nuclear power with all its dangers comes out as one of the safest, if not the safest, form of energy.

Getting emotional over the misrepresentations won’t be of any help. Patient, persistent correction will have more chances of at least some results.

Also, everything where high energy is involved is prone to a mishap. High voltage installations are no exception. Search also youtube for the “arc flash” keyword for some nice videos. 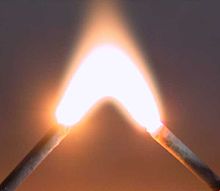 An arc flash is the light and heat produced as part of an arc fault, a type of electrical explosion or discharge that results from a connection through air to ground or another voltage phase in an electrical system. Arc flash is distinctly different from the arc blast, which is the supersonic shockwave produced when the uncontrolled arc vaporizes the metal conductors. Both are part of the same arc fault, and are often referred to as simply an arc flash, but from a safety standpoint they are oft...

Given the massive amount of misunderstandings around it, most likely a Decepticon.

I tend to jump right to headline-fatigue-fatigue. Headlines are so short and they lean on so much outside context that every single headline will piss someone off in a “justifiable” way which will seem whiny to a fairly large number of people.

… so coolant loss will automatically kill the reaction.

And, as we learned from Fukushima, the decay heat will dissipate in a few minutes, so no problem.

This is exactly what I came here to say. I have been following this news today and have seen nothing to indicate that there has been any involvement of the nuclear system.

Just to add to your excellent information - The turbine/generator trip would have have caused the Reactor Protection System to automatically shut down the reactor. They obviously have on-site power (4,000 MW of it) to maintain cooling.

The VVER design is very similar to the majority of the reactors operating in the U.S. and has robust safety systems. The Zaporizhia plant was also built with western standard containment structures.

Funnily enough, my first Google news alert to go off was the one for “Chernobyl”.