Too much gawking is certainly a problem.

…But I actually think the idea behind this kind of tour isn’t all bad. We should all try to see as much of the reality of the places we visit as possible, and it is okay be interested in politics, right? Maybe it’s just the extent of the handholding/guiding/chaperoning/organisation that ends up defining how weird it seems. If it’s all presented as a complete, tidy, package, rather than simply an opportunity for a view of a big live, active, thing then yeah: That would be pretty odd, and probably not even very useful.

I think back to our honeymoon in Morocco and one of the places we stayed had a cafe / community centre on the ground floor. We’d been chatting with the owners about womens rights and journalism and other political issues, and they mentioned that they regularly invite a bunch of locals over to talk about current affairs with visitors who might not otherwise have the language skills or cultural familiarity to know where to start. It was a great evening. I can’t pretend to have any expert understanding about current Moroccan politics, but I got a lot more from that one evening than what I typically read about the place on the news back in my country.

Speaking of which, I see they’ve offered a Scotland tour, in the past. Will have to look up what that involved.

I suppose many of those who paid the price came to witness first-hand the decline of the world’s most famous liberal democracy. Thankfully, it didn’t turn out to be the dramatic “red wave” that the pollsters and defeatists were predicting. 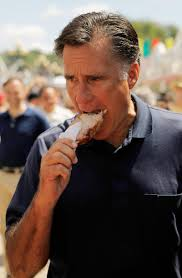 But I actually think the idea behind this kind of tour isn’t all bad.

Maybe, but I’d argue, much like “disaster” or “poverty” tourism might be grounded in the idea of educating people, it’s often just an excuse for rich white people to gawk at the poors.

I really do think that there is a deeper problem here, of the concept of “tourism”… It sort of goes back to the idea of the grand tour of the victorian era, which was about educating the elite class of British citizens on empire. Defending and maintaining empire meant “educating” the public in particular ways to understand their own supposed superiority over the colonized subjects. So it was structured in ways that educated in particular ways. Modern poverty and disaster tourism bears similar marks. In this, case, it’s not so much imperial or colonial or whatever, but certainly aimed at gawking at what some consider a “failed empire” that might be collapsing in real time. The fact that we have a different political system from much of the rest of the world helps (Parliamentary systems seem the norm in most places).

This doesn’t mean that traveling is evil over all, but I do think that we should be mindful of the roots of this kind of tourism, and how the differences in power shape our encounters with other people. It’s not totally without problems, I’d argue.

the grand tour of the victorian era, which was about educating the elite class of British citizens on empire.

It may have primarily been the British elite classes who indulged in it - though other northern European elites also indulged - but it was not really focused on Empire. The key destination was Italy. It was, above all, a cultural tour designed to educate the young/just-come-of-age wealthy classes’ offspring. It started a century and a half before the Victorian age - and it had pretty much died out by the middle of the Victorian age as mass travel became possible with the advent of relatively cheap steam travel - trains and boats - available to people well beyond the landed gentry.

The Grand Tour was the principally 17th- to early 19th-century custom of a traditional trip through Europe, with Italy as a key destination, undertaken by upper-class young European men of sufficient means and rank (typically accompanied by a tutor or family member) when they had come of age (about 21 years old).

The custom—which flourished from about 1660 until the advent of large-scale rail transport in the 1840s and was associated with a standard itinerary—served as an educational rite of passage. Though it was primarily associated with the British nobility and wealthy landed gentry, similar trips were made by wealthy young men of other Protestant Northern European nations, and, from the second half of the 18th century, by some South and North Americans.

By the mid-18th century, the Grand Tour had become a regular feature of aristocratic education in Central Europe as well, although it was restricted to the higher nobility. The tradition declined in Europe as enthusiasm for classical culture waned, and with the advent of accessible rail and steamship travel

Not that your wider points about ‘tourism’ aren’t entirely valid, of course. And the amount of stuff brought back, from Italy especially, by those grand tourers was also problematic, looked at through today’s lens.

I think you’re probably right, and maybe it’s just me trying to assuage my own liberal guilt for the more interesting of my various previous trips which probably could be labelled as poverty or disaster or novelty or difference tourism if one really wanted to. Aside from the simple lack of travelling at all (which I currently enjoy thanks to young kids and no money any more) I don’t really know the best way of completely avoiding that hole.

“Here on the right, we have a male MAGA in his natural habitat.”

“A bus full of foreigners? Biden is destroying America with these open borders!”

"Easy there, big fella. We ain’t gonna hurt ya. We just wanna get a good look at ya. Look at this gorgeous round belly from consuming on average 90 liters of beer a year! And you can always spot them by their bright red hats. It’s natures way of saying, “Warning: I’ll talk your ear off about the election being stolen. Stay away from me.'”

“Earl, what the hell is going on out here?”

“Oi, folks, we are in for a rare treat. It looks like his mate has joined him. Notice her ‘Let’s go Brandon’ shirt and those beautiful nails painted in patriotic colors.”

“It’s these damn foreigners gawking at us! Look look! They gots them a Chineses Spy!”

“Simma down big fella! Here you go, have a My Pillow and some Slim Jims. Oh, they love My Pilllows and processed meat products. Oi, look at them tear into those Slim Jims. Once they have their fill, they will nap on the My Pillows until it’s time for Tucker Carlson.”

I don’t think we can, but I also don’t think that means we shouldn’t travel. I just think maybe we need to travel more mindfully and be more aware of our own privilege.Maybe choose our destinations in a more thoughtful way that might help benefit the local economy and people, and just be respectful guest while there… Part of the problem is that we all live in a world that is not of our own making… I think this Marx quote is relevant…

That’s what I imagine what one of those hippy tours through Haght-Asbhury might have sounded like back in the Summer of Love.

Back when I worked in retail design, I subscribed to to a ‘Retail Tour’ of California. It took place over about 5 days and involved taking staying in a hotel in Hollywood and taking daily bus tours to various retail operations with a group of about 30 other retail specialists. We were given access to store managers, designers, marketing people and the staff that looked after the day to day running of the stores.

It was far more interesting than it sounds and was absolutely worth the (substantial) price of admission.

So it seems to me that the sort of customer to sign up for one of these political tours is someone with a serious interest in, or work related to, politics rather than a disaster tourist. And to someone like that, it’s probably a very valuable experience.

I mean, I haven’t taken any of these political tours so I don’t know first hand, but I expect it’s different to a cruise-ship disgorging thousands of gawking tourists into a sanitised free trade zone on an impoverished island in the Caribbean.

Vintage Season is a science fiction novella by American authors Catherine L. Moore and Henry Kuttner, published under the joint pseudonym "Lawrence O'Donnell" in September, 1946. It has been anthologized many times and was selected for The Science Fiction Hall of Fame, Volume 2A. This story is often said to be Moore's or "almost entirely" hers, but scholars are not certain of how much Kuttner was involved and at least one gives him some credit. The story is set in an unnamed American city at ab...

Maybe, but I’d argue, much like “disaster” or “poverty” tourism might be grounded in the idea of educating people, it’s often just an excuse for rich white people to gawk at the poors.

I could make a pretty strong case that visiting the US at any point in the last six years is “disaster tourism”. 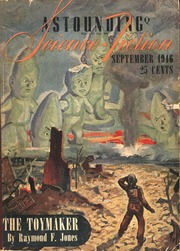