Forget sporks, chorks are blowing up this month

The Chinese and Japanese eat their rice with chopsticks, with the Chinese actually causing environmental threats due to the number of chopsticks they manufacture and dispose of after every meal.

Based on what some Chinese people have told me, in certain areas of China they also use spoons for their rice. Also, it seems almost every restaurant now sterilizes and re-uses their chopsticks. However, if you get a takeaway you will be given disposable chopsticks.

It’s a chopstork. I can’t believe the word “chork” has made it this far. Chopstork is clearly the superior name.

Can we at least agree that “forksticks” would be problematic?

Isn’t that the correct method?

Depends where you are and what level of society you’re eating with. That’s the problem with statements like “In Japan, we…” because you might throw your elbows on the table at a pizza joint with your friends but not at Grandma’s for Sunday dinner.

Putting something like soy sauce on it… why would anyone do that?

Can we just agree that “forksticks” would be problematic?

One thing that I notice people in the US doing that I always thought was considered gauche is sucking and licking stuff off of chopsticks. 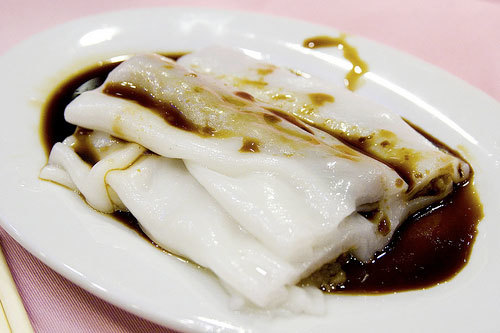 One of my favorite Wondermarks…

I came into possession of some lacquered chopsticks when I was a little kid and used them for everything for a while – especially eating snacks like modern-day Prometheus. When using them now, I usually force myself to use my left hand (non-dominant), because it is more fun (and messy).

That’s a challenge, but I’m pretty good at it!

At least, I thought I was pretty good at using chopsticks until I visited Japan. On my first dinner there I was eating a noodle bowl and the waiter smiled and said something to me as he walked by, and my host snickered. “He said you’re very good at chopsticks. But the way he said it and the tenses he used meant that he was politely making fun of how crappy you are at it.” Er, okay, Japan!

Random image from the internet, but this is what my mother gave one of my kids for their 4th birthday: 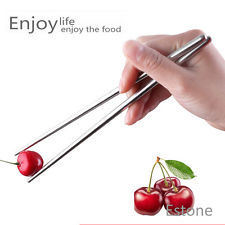 A set of 2 pairs of cheap, non-stainless steel pointy chopsticks.

She was never allowed to be alone with my kids when they were little. Now you know why!

The taste of the rice isn’t the point. If it were one might just as well be eating pilaf.

I can eat rice with chopsticks, but even with sticky rice, it’s hardly efficient. That’s when I’d be happy to use the fork end.

Maybe if they used the Japanese term for chopsticks (hashi). Fork-hashi?

Fortunately most of us here have reached a level of food security that the taste is the point, regardless of other cultures’ norms.

I agree, I prefer my rice unseasoned, but shake my head at comments that “you’re doing it wrong” on questions of taste.

Isn’t that the correct method?

As others have said, it depends. I grew up in a Asian household most of my life (and I still have culture shock all the damn time). My second family that treats me like their own will hold bowls under their mouths and eat. But never in ‘polite’ society. Still, they make fun of me for eating directly from a plate that I keep on the table and I can still get full. Having an ex-fiance that is Chinese and upper class, I never saw her eat from a bowl like this unless she thought no one was looking.

Ever tried Korean-style chopsticks? They use stainless steel, which is even more difficult to eat rice with than plastic.

I have a pair somewhere…I HATE them. Even slightly slick veggies want to slide right out, so you spend more time trying to figure out the physics of how to hold your food so that even though you have the right grip, gravity isn’t going to take this away! Very annoying…

I also have travel chopsticks that can fold…great as a novelty…not so great to use. Same thing.

I’m sure that’s delicious, but it’s not triggering the “that looks like food” sense in me.

The ones I had the most trouble with were “cooking” chopsticks. 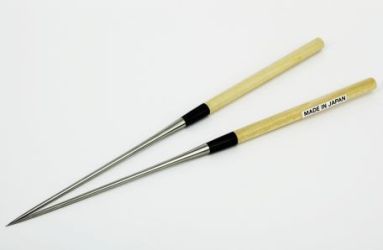 It took forever to get a feel for the balance.

(5 will get you 10, that this thread derails into ‘knife sharpening.’)

I’m sure that’s delicious, but it’s not triggering the “that looks like food” sense in me.