Forget the Tea Party: the future of the right is weird as hell

So why do the Waltons support politicians who would weaken or end SNAP?

Shortsightedness can easily blind folks like the Waltons or Greens (Hobby Lobby). If it means sticking it to a class of people they hate, I wouldn’t it put it pass them to shoot themselves in the foot.

The economy did slow down when the “evangelists” had the most sway a few years ago, and not surprisingly the slim support they had immediately dried up soon after.

And fuck Tunney, why would I give a shit about someone so transparent about their desire for attention that they just jump positions and try to make political memes?

They’ll always have a majority in the house

Not after we get Bernie Sanders elected. The same massive grassroots movements that are building daily to get Sanders elected is coming after Republicans and bluedog, establishment Democrats in the House and Senate. Gerrymandering can only stop so many voters in so many areas when faced against a mass uprising of progressive voters nationwide. 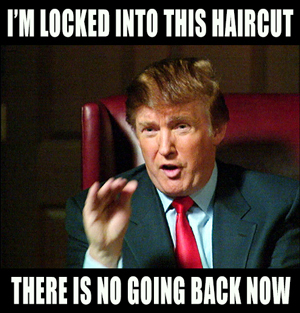 I have little confidence that the Waltons are savvy enough to realize that supporting cuts to SNAP hurts their bottom line by taking money directly out of their coffers and by increases in shoplifting.

And yes, punishing the poor is part of the program for a certain flavor of religionist. Have you heard of this Prosperity Gospel? They’re just doing God’s work by making life ever more difficult for the ‘losers’.

An ironic construction, given that what you are describing is exactly what led to Bush II. The US is actually Canada’s future, or did you miss the last 50-70 years of US history?

At a certain point in the article, I started thinking the whole thing sounded like stereotypical satan worship, the way the author described Land’s stance that capitalism was an unstoppable chaotic monster living inside all of us that cannot be defeated, so why not get on the winning side! It’s sure to be more fun! It was right around that time that MacDougald made the comparison explicit. Of course, the more you think about it, the closer that philosophy also comes to the end-times evangelicals who just can’t wait for the deus ex machina of an all powerful and vengeful god to come back in a storm of chaos and fire.

Like all religious zealotry, there is an element of obsession with a climactic story arc in the “philosophy” discussed here. A feeling of boredom and suspenseful tension about what the future holds that leads people to dream up what kind of natural/supernatural/technological disaster could come and just wipe out all other concerns. I get the same kind of subconscious tickle when I hear about a hurricane or snowstorm coming, a dark feeling that if a big enough disaster came, all the petty concerns that plague me day-to-day will become irrelevant, and a time of true heroism and adventure will be ushered in. For these guys, that seems to be singularity-like, perhaps even Matrix-like. A time when good and evil become simplified. The archetypical story is reflected throughout genre fiction at least as much as through religion or political philosophy, which is where I would guess a lot of this particular milieu of Peter Pans gets it’s inspiration.

Of course, in reality, disaster is mundanely destructive, filled with a combination of everyday and extraordinary suffering. I’m not sure what their goals are exactly, this seems about as cohesive a “plan” as modern generic libertarianism, which is to say, not at all. It’s a way they wish things would go, but involving no details about how to actually make anything happen.

An ironic construction, given that what you are describing is exactly what led to Bush II.

The US is actually Canada’s future, or did you miss the last 50-70 years of US history?

Canada does tend to follow US trends. But not always. Occasionally we lead, as in this issue, same-sex marriage, etc.