Four days in, and the BBC hasn't even mentioned the biggest bribery scandal in history

The BBC is being threatened constantly by the government with having its budget reduced, at the behest of Rupert Murdoch. They have even been told to make less good programmes so as not to compete with the commercial market. As a result, they are now just the organ of the Party - the Conservative Party, though, not Ingsoc.

A lot of people in the UK do know that the City is riddled with corruption and that the entire economy is being biased to support this. That’s why Boris Johnson will probably be next PM, to ensure the status quo continues. But a lot of people will never learn it because they never go out of the mainstream news sources.

Britain doesn’t need to leave the EU: the City of London does. It’s basically a money launderer like the Isle of Man, Gibraltar, Jersey and Guernsey, and we’d be better off without it.

The BBC has happily reported on R-R bribery issues in the past. I don’t think they’re unwilling to. 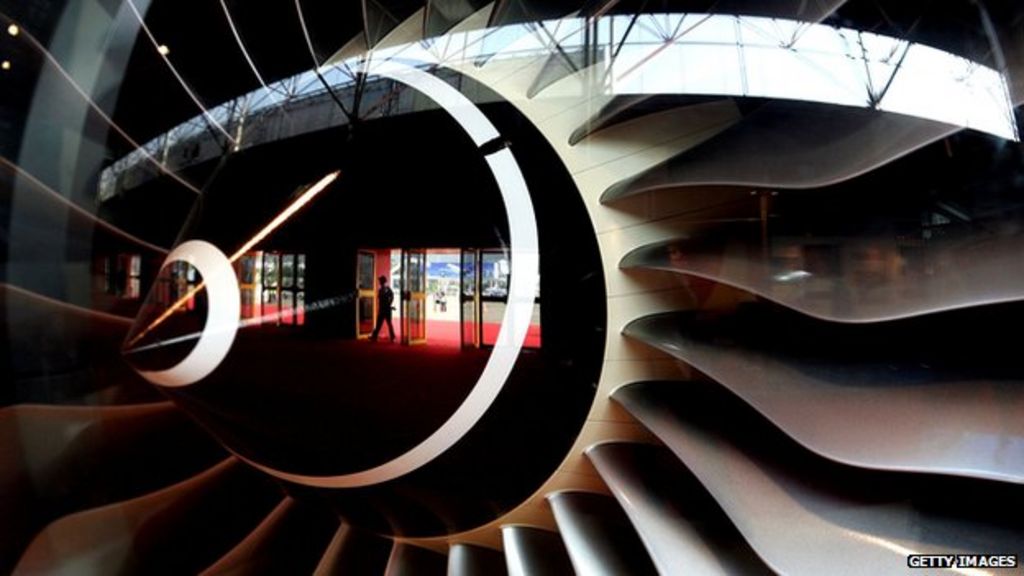 The Serious Fraud Office starts a formal investigation into jet engine maker Rolls-Royce over concerns about bribery and corruption in its overseas markets.

Two men are arrested in London as part of an investigation by the Serious Fraud Office into Rolls-Royce's activities in Asia. 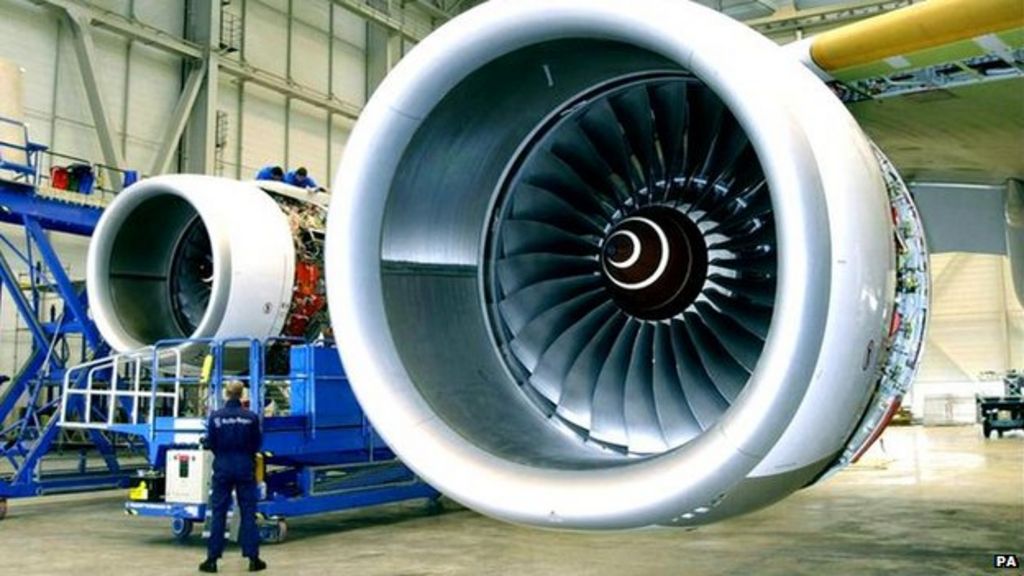 Rolls 'does not tolerate' bribes

Rolls-Royce says it does not "tolerate improper business" after the Financial Times reports that the firm has been accused of being involved in the Petrobras bribery scandal.

Doesn’t look like it’s just the BBC not reporting on this. Maybe they haven’t been able to confirm any of it themselves yet.

Doesn’t look like it’s just the BBC not reporting on this. Maybe they haven’t been able to confirm any of it themselves yet.

Tata is selling off British Steel, Osborne’s economics turn out to be, indeed, Harrods-towel-folder level, we’ve had a regressive Budget and it has been noticed, we have an unnecessary EU referendum causing economic uncertainty and a fall in the £. Now is not the time for the right wing news media to add “and by the way a lot of our economy is about a money-laundering casino operation.”

[this was written before the Panama revelations…and the latest one about Cameron’s intervention in the EU in 2013 to preserve the special status of tax havens like the one his Daddy used.]

you mean the financial industry at large?

Pretty much and it wouldn’t be the first time the BBC was threatened by the government. Though it is worth pointing out that once or twice ITV has received similar threats as well, although most of the governments’ fire tends to be directed at the BBC. You can take your pick;

The most recent spat between the BBC and government was during the blair years. Most noticably the row between the BBC, “New” labour, the death of UN Weapons inspector Dr david kelly and BBC journalist Andrew Gilligan.

Going back before that in the late 80s Mrs thatcher inacted a truly bonkers and ridiculous new act of parliament after becoming enraged at ITV (Thames TV) for their documentary “Death on the rock” which alleged that the SAS had shot dead 3 IRA members in Gibraltar. She was apparently so enraged that the 1990 broadcasting act - largely directed at ITV - was enacted. It brought in crazy one-time bids for ITV franchises that hasn’t been repeated since.

And during the 1980s Mrs thatcher also tried to get advertising onto the BBC via the peacock report (from memory, mid 80s) but it failed. Actually I think this was it;

The Peacock Committee, was a review into financing of the BBC. It was initiated by the Conservative government of Margaret Thatcher on 27 March 1985 and reporting on 29 May 1986. The committee was led by Professor Alan Peacock. The other 6 members were Samuel Brittan, Judith Chalmers, Jeremy Hardie, Professor Alastair Hetherington, Lord Quinton, and Sir Peter Reynolds . The government had expected the committee to report that the television licence fee used to fund the BBC should be scrapped. How...

Or then there’s the whole Mrs Thatcher/Diana Gould incident back in 1983 ( https://www.youtube.com/watch?v=3JZlP5qQVtE ) which after the interview apparently upset thatcher; she did not have a very good opinion of the BBC after this interview.

Then there’s the genuine mistake that happened way back in 1979 during the election of that year and the election that brought Mrs thatcher to power. The mistake was made by the BBC – a timing error ment that they missed thatchers’ trip to meet the queen, showing TCF (Test card ‘F’) on BBC1 and kids’ show “Play school” on BBC2. Thatcher apparently took that the wrong way though it was a genuine mistake.

And then there’s the whole bizarre story of BSB and Sky (Murdoch’s TV Company) and what happened with that, and the favouring of Sky over BSB or the regional identities of ITV vanishing to become one generic awful mass that is now ITV. And then there’s the really stange BBC TV ‘show’ - a one off - shown back in the early 70’s called “Yesterday’s Men” though I’m starting to go off topic.

Its been going on for ages…

“The phrase ‘city of london’ is somewhat misleading…The city has grown through mainly foreign money and foreign names - most of the top banking houses for example were started by refugees from the napoleonic wars. Of the top 17 merchant banks in the city, 15 were started by immigrants and the square mile is a tax haven for literally hundreds of overseas comapnies - so in this sense, the city isn’t british at all - it’s an offshort island run with other peoples’ money; money that will probably go away again if the going gets tough”
– James Bellini, “Rule britannia” (ATV/ITV), 1981

No search results at CNN, either: http://www.cnn.com/search/?text=unaoil, or at Al Jazeera: http://www.aljazeera.com/Search/?q=unaoil.

A half-dozen results at the NYTimes: http://query.nytimes.com/search/sitesearch/?action=click#/unaoil/since1851/allresults/1/allauthors/newest/

Take off, nuke the site from orbit, only way to be sure…

Do you mean to imply an expose in HuffPo is not the same as a guilty verdict in court? How much more evidence do they need?

It is odd (although it’s certainly not only the BBC). Even if the BBC is unsure about the credibility of the story, it should at least mention that an oil scandal story involving British companies has been breaking in the media.

It’s possible that there is some kind of injunction ( e.g. the Trafigura injunction) in action but we shouldn’t underestimate the self-censorship of the mainstream media.

After all, the BBC spent a whole week cheerfully ignoring the blatant use of White Phosphorus against Palestinian civilians during Operation Cast Lead…The BBC of course has virtually zero interactivity. Whereas on many other news sites you can comment on stories and complain about censorship, this is not possible at the massively-funded BBC site. (Forget “Have Your Say”, it’s a joke)

Looks like those NYT results are all AP and Reuters articles, and they haven’t done any original reporting yet.

Are you looking for quality reporting or just fast reporting? Give the BBC time.

Give the BBC time.

Yes. It often takes a good deal of time for permission to trickle down from on high.

This isn’t all the BBC hasn’t mentioned. But, then again, neither have the rest of the MSM. How different it might be if it involved a junior member of the shadow cabinet rather than the Minister for Culture…

No search results at CNN, either: http://www.cnn.com/search/?text=unaoil, or at Al Jazeera: http://www.aljazeera.com/Search/?q=unaoil.

Nor did there seem to be any at CBC or NHK. The general search results for news of unaoil seemed to have a few more for Australia and New Zealand than one would expect from a random distribution.

It’s a good reminder that these institutions are generally not our friends.

My guess is that if these things get verified, the mainstream press will get very interested in the next few weeks. My very limited exposure to larger stories is that most of the large expose pieces are in place for weeks getting verified, vetted by lawyers, etc. before being splashed on the front pages.

The fact that the big names are not the source means that clock starts ticking now for verification, etc.

Of course, if another heavily mainstream source goes open with it, then the others will jump in immediately for fear of being left behind. But it’s a bit like penguins on the ice flow, jostling around waiting for one to fall in the water. If it’s not instantly devoured by orcas, then the rest will follow shortly thereafter.

Frankly, I’m a bit surprised that the paper that initially broke the story didn’t bring in someone with reputation who isn’t a direct competitor to “share” the story with (say the NYT). That way your story goes world-wide and you get credit. This way, by the time the MSM picks the story up, the public may have forgotten that you broke it.

And next to nothing in German-language media, only the Swiss Tages-Anzeiger covered this more detailed.

It’s a good reminder that these institutions are generally not our friends.

Are there any institutions who are our friends? Our more accurately, can an institution have friends?

Personally, I think it wiser to look for institutions (and people) whose interests align with my own, and thus not take offense when they do as I do and act in their own best interest.

For a person, that personal interest can include the joy that one receives in helping another. An institution, devoid of emotional payoff, cannot be expected to have interests that do not fundamentally revolve around self-preservation. We can only structure society (and our expectations) such that that self-preserving behaviour has some social good.

tl;dr - Institutions cannot have a soul - assuming that they can is an invitation into disappointment and unhappiness. But even the soulless can be very helpful if handled correctly.

Monaco and Iraq are investigating: 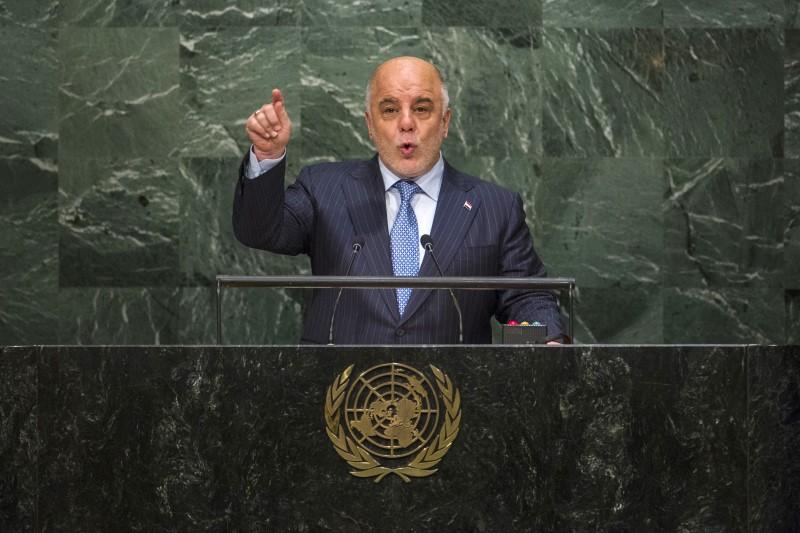 Iraq to probe claims of Unaoil corruption against top officials

Iraqi Prime Minister Haider al-Abadi on Saturday directed the country's highest corruption watchdog to investigate claims of graft in the awarding of oil contracts by the OPEC exporter and urged the courts to prosecute.


Doesn’t that qualify as “news”?

Meanwhile:
"Influential Iraqi Shiite cleric Muqtada al-Sadr met with Iraqi Prime Minister Haider al-Abadi Sunday night after beginning a sit-in in Baghdad’s highly fortified Green Zone intended to be a show of force following his calls to combat government corruption.
Earlier in the day security forces stepped aside to allow al-Sadr to enter the Green Zone after weeks of protests in the Iraqi capital."

After weeks of growing protests in the Iraqi capital, the cleric repeatedly threatened to storm the compound if his demands for government overhaul were not met