Fox News hosts complain that gas prices are dropping too fast, but also not fast enough

Well, that does it. I’m never watching Fox News again. 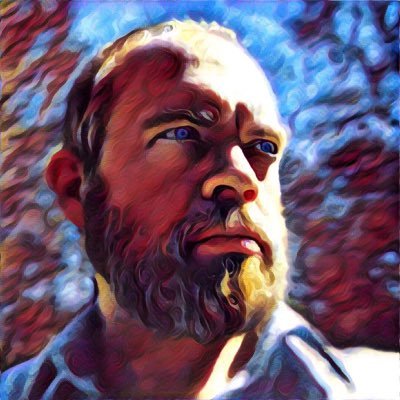 There is no doubt in my mind, no doubt at all, that if Trump were still in office, and the economy was exactly the same, they would be praising his masterful leadership, and we should all thank him for dropping gas prices.

Ahead of you here - I’ve never watched Faux News to begin with.

Or things are complicated and fast drops hurt some while they help most, and that’s not a contradiction. This is not an endorsement of fox (who don’t traffic in nuance), just a rejection of the falsehood that nuance=>bothsidesing=>doublethink=>enemy.

Plus, true mom and pop gas stations or franchises don’t make their money off the gas, they make it off the stuff they sell inside. I knew an owner that made the bulk of his money off the best dang broasted chicken around. You couldn’t get near his station during lunch. He also let businesses sign for gas and pay at the end of the month, a true mom and pop. He died way too young and a huge franchise bought out his partner. They are currently building one of those massive stores on the site that sells everything because that’s where the money is.

I had a customer once that owned a gas station in a small town. The supplier was selling gas at their own corporate location cheaper than they would sell it to him. He eventually went out of business.

There is no doubt in my mind, no doubt at all, that if Trump were still in office, and the economy was exactly the same, they would be praising his masterful leadership, and we should all thank him for dropping gas prices.

And they’d be telling us gas would be 8 bucks a gallon if the democrats got in.

He’s so relatable to Real Americans™ in the Heartland, discussing going to a lacrosse tournament in a DC suburb over the weekend. As I recall from an earlier topic he also spent at least half of his life enjoying the benefits of socialised health insurance provided in part through the courtesy of petro-dollars.

Mom and pop gas stations? Well that would be a rare thing at least one that didn’t have some corporate backing. My dad owned a station in the 70s and 80s and gave it up when he no longer had a sponsor just out of financial fear. The tanks are a massive liability as if they leak in most states the cost of cleanup is insane but expected. It could ruin them without deep pockets.

I would also add he was running a station during the 70s gas crisis. People would say he was raking it in but it was just hell. Even back then there wasn’t a huge margin for gas and on top of that the problem was not having gas to sell and needing to ration it so it was just more angry people and logistics. In the late 80s he just stopped selling gas but the tanks were just a ticking bomb ready to just degrade so was happy to just be done with the place.

My only good memories of the place is he had an old fashioned coke machine with the bottles you would pull out. When I went there I would get a free bottle of coke and that was always kinda awesome. (He was normally a stingy bastard normally so any generosity was welcome)

Gas stations don’t make much money from selling gas, they make it from selling all the snacks and stuff in their convenience stores. I really don’t think gas stations care that much about rising or falling prices, they just sell it for slightly more than what they bought it at. 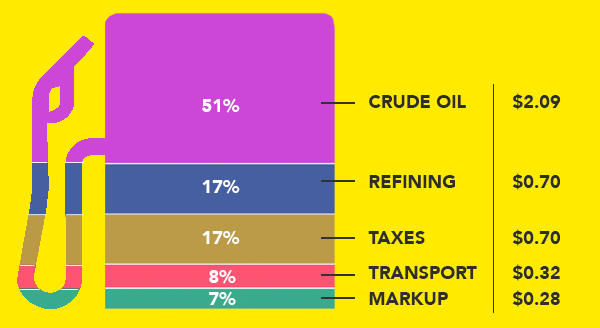 Why most gas stations don’t make money from selling gas

With gas prices climbing up, you may think station owners are getting greedy. But the economics behind the pump tell a different story.

My local station is risking bankruptcy not by falling gas prices but by the expense of wasted staff hours scraping those “I did that” Biden stickers off their pumps every day. There must be a local who has spent hundreds of dollars on those things since there’s evidence of new ones having been removed every single time I’m there.

You just reminded me why there’s a black sharpie in my car. Thanks!

The thing that makes me laugh is the owners of the local station are big fans of 45. So some yutz is defacing their pumps every day, wasting the owners’ time while making a point the owners agree with. But they come out and scrape them clean daily because they’re worried about losing business if they don’t.

Why are you STILL giving Fox the benefit of the doubt. At all. They are literally pushing white supremacist talking points and have full backed a man who tried to literally overthrow the government. They are doing exactly what it seems like here, which is trying to ignore any good economic news and push their preferred narrative. We know that they are doing this, because they have endlessly done this for years and contributed to the radicalization of millions of Americans. Don’t be one of those who buys their excuses and carries water for them. It’s not remotely helpful.

When intellectual matter and anti-matter come together and create stupid particles.

Today on a very special episode of Not the Onion.