They also tried to tell us lower gas prices were bad for mom-and-pop gas station owners, shame on Biden. 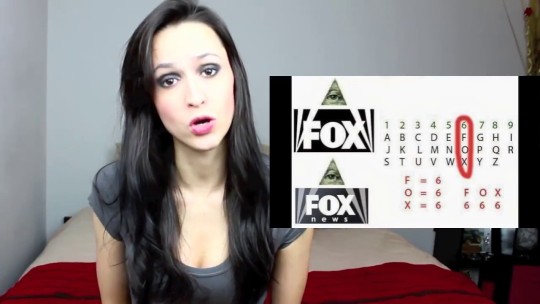 The only good thing about FNC using its chyron for crap like this is that a lot of its viewers’ eyesight is getting worse as they age and they can’t read the misleading crawl at the bottom of their tv screens any more. My mother is a prime example. Of course, that doesn’t help the bleating from the set’s couch occupants…

They’ve been sobbing over how rising wages are causing inflation. Complete with McConnell claiming inflation will reverse when people go broke.

I’ve also seen arguments that these positive job numbers are bad for business and stocks because it means employers can’t reduce pay or lay off workers.

We’ve gone from “look at all this unemployment, THANKS Obama Biden” to “unemployment below 4% is bad for stocks”. 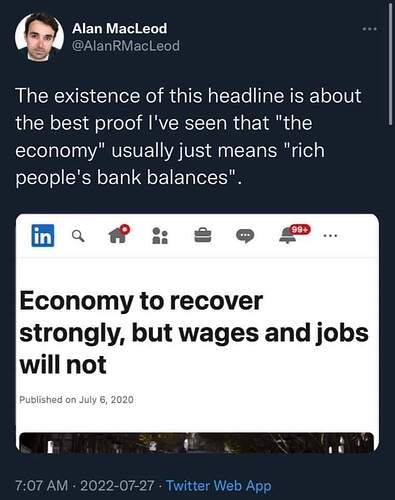 I was involuntarily subjected to their chyron on a flight a month ago. It was (correct use of) literally 4 minutes straight of “inner city violence” body counts and the like - “18 shot in downtown Detroit over weekend”, “Property crime up 44% in Seattle”, “MS-13 gang wreaks havoc in Baltimore”, etc.

It truly is the perfect concoction of Orwell, Skinner, and Freud , a pure id-focused, NewSpeak-laden constant stream of hate, fear, and anxiety carefully manufactured to sell gold, insurance, and medicine to old people.

And just truly “toxic”, just subliminally seeping out beneath the pretty blondes and the 2 minute hate sessions.

Impressive in its relentless malice.

*Not Fox News, but Tucker, Hannity, and all of OANN, NewsMax, TownHall, InfoWars, Breitbart, and every MAGAt with a mouth.