urhm… note “after acute cannabis use”…

“Those with a pattern of occasional use were significantly more likely to experience a lane departure during distraction periods after acute cannabis use relative to baseline, while those with daily use did not exhibit a similar increase.”

Seems to this old country space chicken that those with “daily use” would be physiologically more prepared for a bout of “acute use” than the "occasional use"r. That is, take any inebriant, and divide into groups those who are frequent users and those who don’t use it much, then dose 'em up hard and see who apparently is ready for it better…?

Hmmm. Need to know a lot more, even after glancing over the source paper. I did not see any mention of whether the lower speeds used by regular users were below limit (which indicates that they are actually impaired more - the entire time they are driving, as opposed to just in their reactions), or by how much, and whether or not the simulation used is the study takes into account actions that other drivers will take in order to compensate for the actions of the impaired driver. If all the other cars in the simulation just happily slow down behind them that is not a great representation of reality, but I did not see anything about that

Yeah - just how acute? Getting a little high and getting utterly stoned are very far apart.

Getting a little high and getting utterly stoned are very far apart.

It can be pretty difficult for a frequent user to get ‘utterly stoned.’

And those who don’t drive high at all perform the best.
Cars are deadly. Don’t drive while stoned kids.
(Thanks BB reader/editors!) 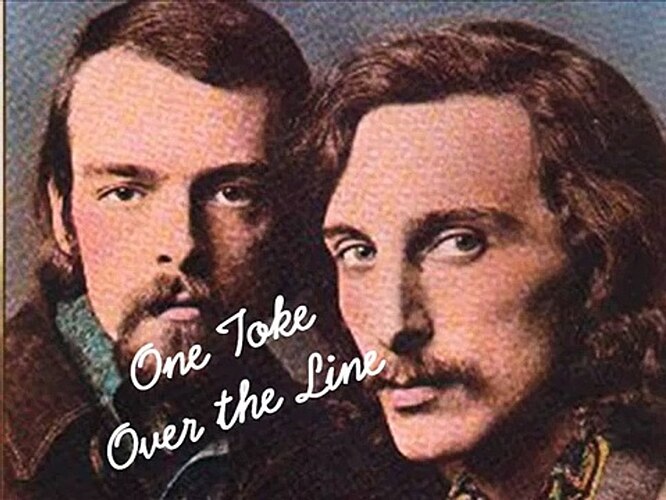 One Toke Over the Line - video Dailymotion

One Toke Over the Line

Where’s the line tho… I forget.

It can be pretty difficult for a frequent user to get ‘utterly stoned.’

But I was really referring to the occasional user and acute cannabis use. A habitual high-level user does indeed need to make some effort to get totally out of it, as you note. But infrequent users indulged in “acute” use are likely not to be just a bit high but closer to totally off their heads.

And those who don’t drive high at all perform the best.
Cars are deadly. Don’t drive stoned kids.

It feels to me like they are trying to establish a baseline for DUI cannabis stops.

It feels to me like they are trying to establish a baseline for DUI cannabis stops.

California uses a bunch of useless roadside tests and an inaccurate saliva-based test that will never be remotely accurate for a ‘frequent’ user.

The ol’ Gaze perhiphery test. Some balance bullshit, and the winning “I can smell it on you.” are all valid reasons for them to drag you in and test your blood, which again won’t tell them much if you have smoked or ingested daily for years.

Came here for this and was not disappointed. Thank you for your service dear sir or madam!

Too true, but I’m also hoping that something like this will result in more accurate field testing than drug strips that darken when tested against all kinds of non-medication substances that haven’t been considered.

Know thy enemy and his works…

I know alcohol and pot are two different things but…

Started drinking at 15 hard core alcoholic by 17. Drinking at least a fifth a day with pot and beer by the time I was 20.

I drove daily drunk and high, I never killed anyone or arrested for drunk driving.

I wasn’t a better driver or even a good driver because I drank regularly, I was god damn lucky and I thank God every day I didn’t kill anyone.

Don’t drive after any amount of pot or alcohol, you are not as good a driver as you think you are.

Yes! scrolled down first thing to make sure this was here. Great job!