Furious Michigan man confronts Boogaloo Bois with assault rifles: "Get the f*ck out of our town!"

Originally published at: Furious Michigan man confronts Boogaloo Bois with assault rifles: "Get the f*ck out of our town!" | Boing Boing

“The police are still killing people,” the Bois responded to the bystander. “Is it okay for them to be killing people with guns?”

Oh fuck those guys with a chainsaw. Those turds murdered 2 cops last summer and tried to pin it on “Left wingers”

In late May and early June 2020, two ambush-style attacks occurred against security personnel and law enforcement officers in California. The attacks left two dead and injured three others. The attacks began on May 29, when a drive-by shooting occurred in front of a federal courthouse in Oakland, resulting in the death of a security officer contracted with the Federal Protective Service. Over a week later on June 6, Santa Cruz County sheriff's deputies were shot at and also attacked with impr...

BTW open carry and “armed protest” are bullshit. Its just an excuse to try to threaten people with firearms. Most of which are carried/handled in an unsafe manner likely to be stolen or lost.

(Apologies for the profanity, but these terrorists annoy me intensely)

I’d like to see these boogaloo noys show up and shoot cops who are kneeling on a black man’s neck. Then they might be honest for once.

Of course it’s just a bunch of gun nuts cosplaying.

If boogaloo boys actually care about police brutality then let them fucking show up at unjust arrests and start shooting.

Until that happens I am extremely unconvinced of their rhetoric 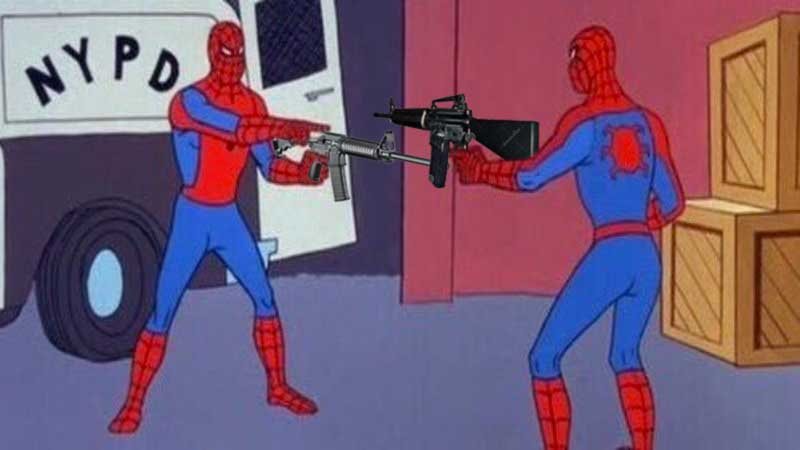 Of course it’s just a bunch of gun nuts cosplaying.

I wish it was just that. Behind the clowns like the ones in this video are serious fascists and Xtianists like the Bundy clan who are actively pushing for a Syrian-style civil war in the U.S. Whatever’s going on in this case, the fellow berating them serves as an example: do not normalise gun-toting militias in the U.S.

I don’t think the Boogaloo freaks genuinely care about police brutality toward Black people, but they’ve already shown that they’re more than willing to murder cops (and blame Black people for it). Lois Beckett, writing for The Guardian, has compared it to the right-wing anti-government militia and patriot movements of the 1990s and 2000s, stating that "supporters see the current federal government as illegitimate, while remaining deeply patriotic. They revere the constitution and see themselves as the true descendants of America's founding fathers. In their view, current US lawmakers are the equivalent of occupying British forces during the revolutionary war. Among the 'boogaloo' merchandi...

Yeah of all the nonsensical Gun Rights narratives out there the idea that we will be able to disarm the police by making sure everyone else has superior firepower is one of the dumbest.

They haven’t thought about what happens if criminals* can outgun the police.

*people they would recognise as criminals, such as burglars who want to steal their shit

Balls, guy’s got them.

I have deep sympathy for that gentleman. But personally, I would rather loudly mock them, as infantile idiots with cute play costumes and serious carb overconsumption. They are clowns, and should be treated as such.

BTW, I wonder if they use BoingBoing Store “tactical soap…”

Remember kids - stand up to the thug cops and the boot lickers who apologize for them - just don’t do it the wrong way.

The Boogaloo bois are disingenuous assholes. They are racists who don’t give a shit about police brutality. They just want an excuse to intimidate people who see them for what they are.

If you want change, starting a violent revolution, which is what this group wants, is not the way to go about it. You protest, you get involved, you vote, you talk to others, etc. Groups like the Boogaloo bois just want to live our their violent fantasies of killing large numbers of people with no consequences so they can feel like big, manly men.

The Gravy Seals to the rescue. Or not… 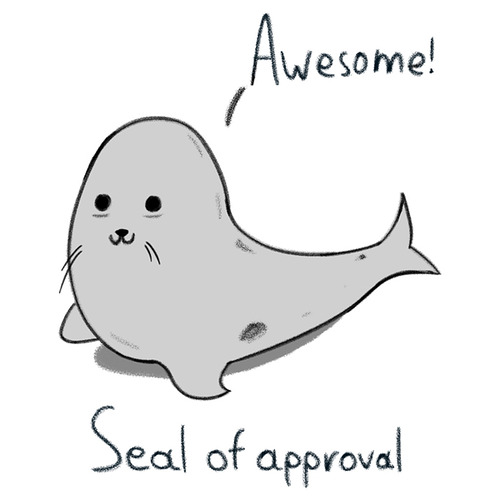 Close to lunch, snack time then…

What a great example of a false dichotomy: Would you prefer to support the police, or would you rather support the Boogaloo Bois?

So is armed protest is a viable tactic to protest authority if ones motives are genuine and earnest?

Obvious historical example being The Black Panther Party in the 60s.

This isn’t an example of that, given that their goal is to create a white supremacist society via violence. They were one of the groups calling for civil war.

They are not activists. They are violent racists. Full stop.

So, maybe don’t compare them to the Panthers, who had a strongly constructive platform to their activism, even as they did take violent action. The boogaloo bois have no such plans or programs. They are just out to intimidate and drive society towards a violent meltdown. We know this, because they’ve said as much for a couple of years now. If they are “anti-police” it’s only because they want any sort of authority out of the way so that they can act in accordance with their beliefs, which is violence for it’s own sake, to “cleanse” society and make it “all white”.

So, yeah, they need to fuck right off, because that’s not what we need in America right now or ever.