"The Futurama theorem is a real-life mathematical theorem invented by Futurama writer Ken Keeler (who holds a PhD in applied mathematics), purely for use in the Season 6 episode “The Prisoner of Benda”.

It is the first known theorem to be created for the sole purpose of entertainment in a TV show, and, according to Keeler, was included to popularize math among young people. 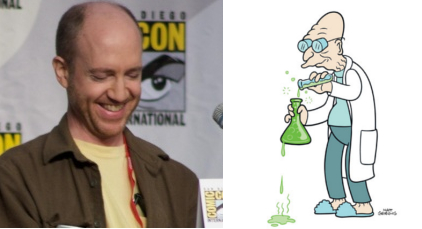 Just so much awesome in that show!