Hmm I like pixel art but this project is basically a semi-static picture frame. I’m a backer of the L8 - a 8x8 LED wireless gadget with a bunch of sensors that can connect via bluetooth to your computer or smartphone. More useful to me.

In their own words:

L8 is a battery powered mini squared lamp with a multicolor 64 Led matrix on one side and a multicolor super bright Led on the other and several useful sensors, that connects via bluetooth to your smartphone to notify you by light images or animations of just about anything that happens on the Internet: Twitter and Facebook messages, e-mails, game results, outside temperature…. in other words, If exists… it can shine in L8. 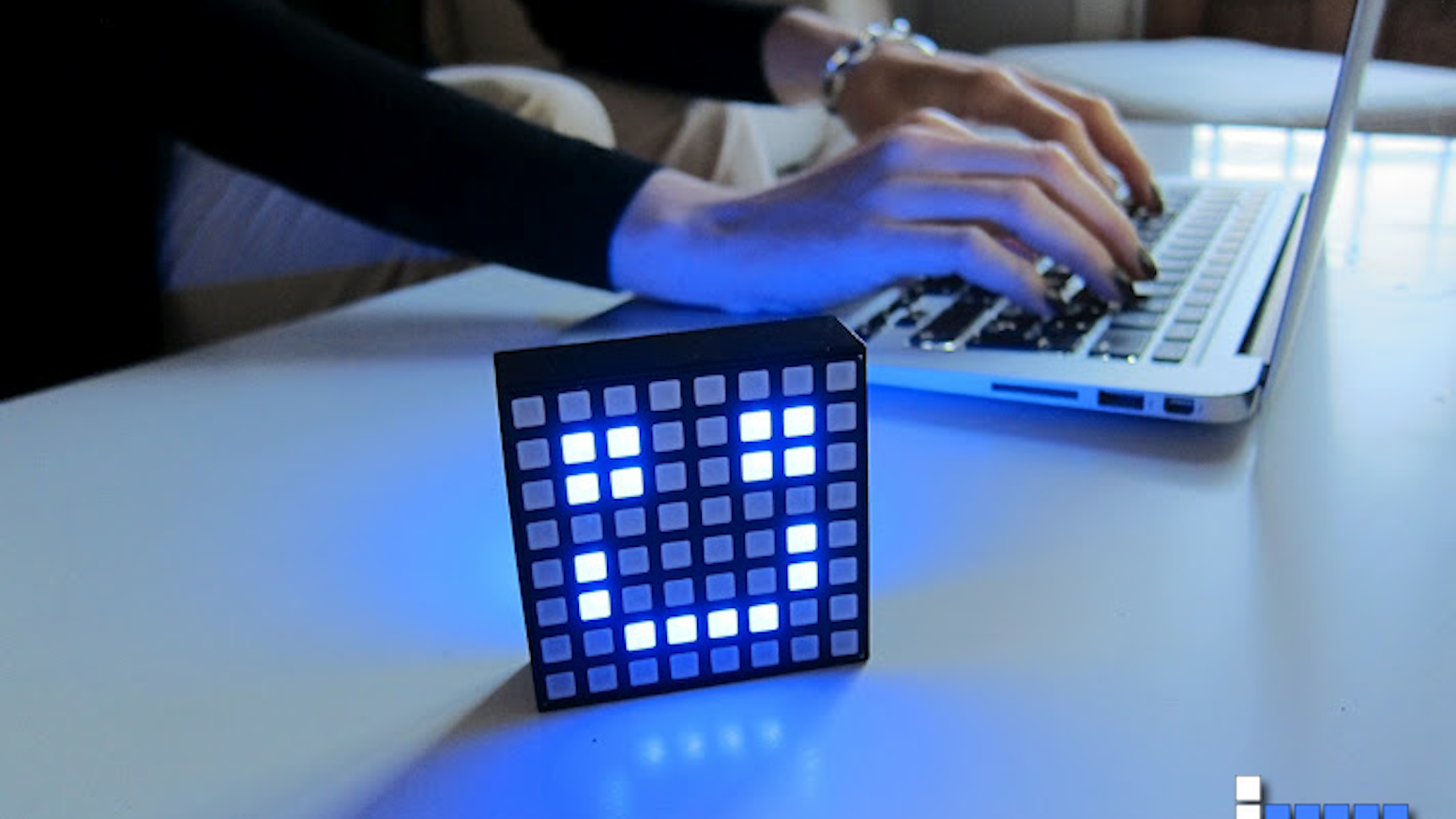 L8 connects via bluetooth to your smartphone to displays by light codes everything that happens through the internet and in your life.

Just don’t try to use it in Boston. Ya know…

Thought it was an Ableton controller.