Gamer concerns over "One D&D," the next-generation of the world's most popular tabletop roleplaying game

Originally published at: Gamer concerns over "One D&D," the next-generation of the world's most popular tabletop roleplaying game | Boing Boing

It’ll be okay. D&D isn’t the only way to do tabletop RP, and no matter what WotC / Hasbro does, they won’t be able to take it away from you.

And thus, RoleMasterU conquers the world!

Whatever may happen, if the new version sucks it’s not the end of the world, and nobody will be forced to use it. That’s part of the inherent beauty of a system based in the players’ imaginations. It’s not like an old operating system where they can pull support or force you to update. You can still play 5th edition if you want, or 2nd edition, or Chainmail for that matter- all the game books are abundantly available through means legitimate and otherwise. New modules will get fan conversions if the new system is unpopular, and DMs can always just make up their own. And, as mentioned above, D&D is no longer the only brand in town.

WotC have already been doing their best to kill of the local gaming store business with how they have been conducting the Mtg side of things for years so this is just going along with their plans of complete control of their products. 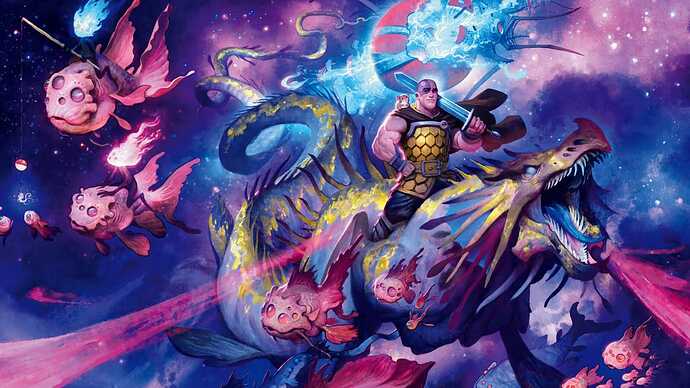 Amid Criticism, Wizards Of The Coast Quietly Removes Racist Lore From...

The issue is not if this will directly harm people like us, who already play outside the D&D ecosystem. The two issues are will D&D removing it self from the larger RPG ecosystem harm those that we do interact with, and will D&D moving to a closed ecosystem server to trap new players so they don’t have a path out of the walled garden.

D&D has an overwhelming market share in the industry. If One D&D manages to shift a large portion of players to their closed platforms and away from independent VTTs, physical play, and third party publisher / distribution platforms like DriveThruRPG/OneBookShelf, does that harm these other businesses enough that they can provide less to other RPGs? Would WotC kill the deal they have with Dungeon Master Guild in favor of bring that all in house? It feels like WotC sees all the people that make a small cut of trade around D&D and want that for themselves, with many of those people involved in both D&D and non-D&D content cutting them out will have an impact on other systems, even if indirectly.

When players and DMs start in the D&D only play environment, and then only buy content, run games, and generally experience roleplaying inside the tools WotC create for D&D, does it serve to isolate new D&D players from ever leaving the closed D&D ecosystem? I know I got into roleplay via AD&D, almost everyone I know started with some edition of D&D. D&D has for a long time served as that gateway into the hobby, and if WotC can close some of the exit doors and keep more players and GMs locked into D&D and out of the larger hobby it will eventually start to hurt the hobby as a whole.

Neither of these things will kill the non-D&D tabletop RP community, but squeezing the market might make it harder for future game developers to be successful.

Indeed. It was the changes form 3.5 to 4 that moved many of us to Pathfinder. Very few people I know who started playing Pathfinder moved back to D&D when 5th ED came out, and this is just as likely to move more people away from D&D.

They tried a lot of this stuff (feature-rich VTT in particular) when 4 came out but not a lot of it really went anywhere.

Cough GamesWorkshop of the Coast cough

Yup, D&D cannibalizes the TRPG market. Roleplaying isn’t bigger D&D is bigger, 5e didn’t bring in new people to the roleplaying market, it brought in new people to D&D. The 20+ year old stereotype of D&D:ers seem to be stronger than ever; that people who play D&D are overwhelmingly allergic to try out other systems and stay away from the rest of the roleplaying world. And WotC has all the incentives in the world to keep it that way.

WotC is already making ways in moving away from other distributors and keeping in it in-house with their purchase of D&D beyond where they have full control on what they have available, they have already removed content that they feel have been superseded by newer books or wholesale change text/retcons in older books.