Still not gonna get me to visit Indiana though.

I went there for four years of college (well, three and a half if you don’t count the semester overseas). A friend of mine was walking along the riverfront and got stopped by the cops who etched a large Q into his driver’s license. It was something they liked to do to anyone they suspected of being homosexual. The cops and people at the DMV found it highly amusing.

That was more than two decades ago. Gen Con may be changing but it sounds like Indiana hasn’t.

It ain’t possible to surpass gender parity. It only creates an imbalance in the other direction.

(I’m hardwired to pedantry, so please take this in the limited sense intended.)

From a purely data perspective I’m curious what the community response will be. I’ve never been to a Gen Con, so maybe every speaking event is already packed wall-to-wall regardless of speakers, I don’t know. But if it’s not I’d be curious if a more inclusive set of speakers measurably changes either the number of attendees or the demographic composition of those attendees.

I expect people think I have an agenda in wondering this but I really don’t, I just think data leads to more informed decisions than our gut.

In short, if the goal is to make gaming more inclusive (which sounds like a great goal) does this actually bring us closer? Or is it a feel good blog talking point that doesn’t shake out at the actual Con? If these talks are poorly attended and/or not bringing in a more inclusive audience, maybe other means should be sought. $.02

I went there for four years of college

A gaming friend went to college there. He said it wasn’t till the early 80’s they had to finally change the billboard in a nearby small town from ‘Nigger be out of this town by sundown’ to ‘Home of the head klansman’.
Fuck that state. My grandparents lived there (why they moved back there after living all over the US and the world as my grandfather was in the military forever, I will never know). The story of comments about how dark the town is getting I got from my mom on the one visit she made by herself when I was older… jeez. I was old enough and had means at that time I would have just up and left and found some kind of tranport home. They were good to never make comments like that around me or my brother at least.

I may have crossed paths with your gaming friend–I was a regular attendee at Glathricon even before I want to college there. It’s still strange to me that Evansville had a pretty substantial gaming community, as well as a pretty large SCA group, with almost no crossover between them. I kind of fell into the latter because I was dating someone who joined and left when she did.

I don’t understand why so few people admit how open the bigotry can be in the midwest. Having lived in Ohio, Michigan, and toured around the place for work there isn’t a single place that’s free from incredibly public hatred of women, minorities, and LGBT people. My move to Texas just cemented how bad it was when I consider (the greater Houston area) to be an improvement from (central, eastern, and southern) Michigan, not that it’s good just better.

I don’t mean that the founders and builders of where we are shouldn’t be recognized and honored, just that I’m the sort of person who is often already aware of the titans and often won’t see the new things that new people are doing on frontiers until it achieves a level of recognition. Changing the focus to forward-looking means that organized experts and enthusiasts are going to be putting in the hours - instead of me - to find the things deserving of more attention

In short, if the goal is to make gaming more inclusive (which sounds like a great goal) does this actually bring us closer? Or is it a feel good blog talking point that doesn’t shake out at the actual Con? If these talks are poorly attended and/or not bringing in a more inclusive audience, maybe other means should be sought.

Why do you ask these rhetorical questions, when your framing makes it clear you already know the answers? Is it because if you made a positive statement, you would be asked to back it up with some… yknow… evidence?

Actually, I would imagine the goal was to make GenCon more inclusive, and it can only be counted a success if indeed 52 > 6.

Why do you ask these rhetorical questions, when your framing makes it clear you already know the answers?

Because I don’t know the answers

My “framing” is because I find it, to be very frank, extremely difficult to ask questions on BoingBoing without feeling like I’m being attacked for asking. Your reply makes me think I have failed once again. I’m asking because I’d like data on if anything is accomplished, but somehow asking for data seems to get me yelled at whenever I mention it.

Actually, I would imagine the goal was to make GenCon more inclusive, and it can only be counted a success if indeed 52 > 6.

That is so sad.

Isn’t it awful, being the lone voice of reason in a liberal wasteland?

So it is about ethics in con invitations?

Well, you didn’t have to make your first post in this thread sound so much like concern trolling. So what if the convention looses a few butthurt manchildren in favor of some women gamers? Attendance stands the chance of improving if the atmosphere is made less hostile to women. 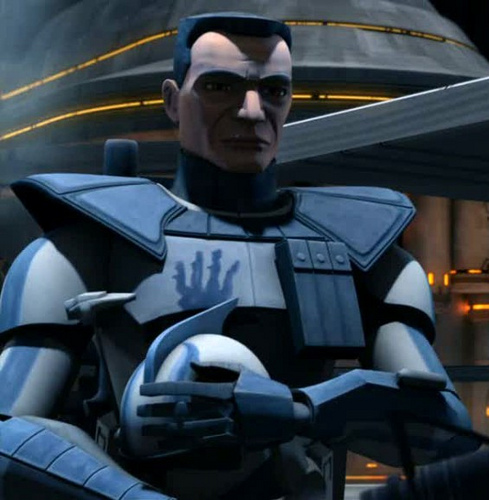 Because I don’t know the answers

And BB doesn’t have the answers either. In general a plurality intuitively thinks this is a good step, but no, none of us have the spreadsheets.

I would be thrilled if you contacted the event organizers and got the raw data and historical trend data. Us nerds would have a field day

My son will be mad at me for not knowing exactly which clone that is, but what is the relevance to this thread?

Re: “our”… propensity to harmoniously disagree with even mild inquiry on some topics.

Edit: added the wookie link to save anyone who might need google.

It only creates an imbalance in the other direction

Unless you are looking at historical averages.

Unless you are looking at historical averages.

Wait a second. I have no quibble that there’s been a long and shameful history of discrimination, repression and prejudice. But how is a running average the least bit relevant? If we had three consecutive years where 95% of corporate directors were women, and 94% of game authors were women and 92% of movies (worldwide!) passed the Bechdel test, would that somehow even things out? Would it take seven years? Fifty?

The goal is (or should be) to remove the discrimination and unfairness; to create an equal opportunity for anyone, regardless of their … well, famous people have said it better than I could. But it’s just not possible to surpass gender equality.

I’ll cop to being needlessly and annoyingly pedantic. However, I’ll note with a smirk that we haven’t even begun to ponder what happens when we start collecting data on more than our two obvious genders!