And wasn’t this the whole point of a scene from Spinal Tap in 198fucking4? If they got it then what freaking cave did these ad designers crawl out of?

I started to think why not hold it against the front of a man? But then I realized it would just be the mental extension of the penis.

That’s honesty in advertising if there ever was.

And the company at least partially justified this ad by one of my all time faves: But it was created by a woman!

I won’t shout, but I really, really want to do so: That doesn’t mean it is okay.

But it was created by a woman!

This circles back to the idea of “self objectification” - which to me is just a form of internalized misogyny.
So many “cool girls”… man I am so embarassed of my former self sometimes. ugh

which to me is just a form of internalized misogyny.
So many “cool girls”

I hadn’t thought of it in precisely these terms, but internalized misogyny is the cool girl syndrome, which, BTW, I can’t stop reading about and then subsequently chastising my 20-year-old self. Thank god for that first course in feminist literary criticism during my junior year. After taking that class, I’m sure I was insufferable by pointing out obvious misogyny like I was the one who first discovered it, but that class changed my life.

Jeff Goldblum was almost the voice of Siri.

I’ve never been an Apple user, but if Jeff Goldblum were the voice I’d be sorely tempted.

Having taken a number of crossover courses, rest assured you were not the first, nor will you be the last. Wielding that new stick is inevitable in university attendees - similar (but not necessarily the same) to the effect of Psych 101 students diagnosing every person they dislike as a sociopath.

This reminds me of an incident that occurred during a extracurricular presentation with a mixed audience of Women’s Studies, Film & Media Studies, and Visual Arts students.
I was flabbergasted when my professor, mentioned upthread, practically read the riot act to some Women’s Studies students who might have been throwing their weight around with new found knowledge (quite possibly in response to a question I may have asked).
I know you may never had been antagonistic during those times, but comments like yours always bring up the memory, as it was quite possibly the first time a woman of authority and standing had leapt to my defense.

I am a straight man, but 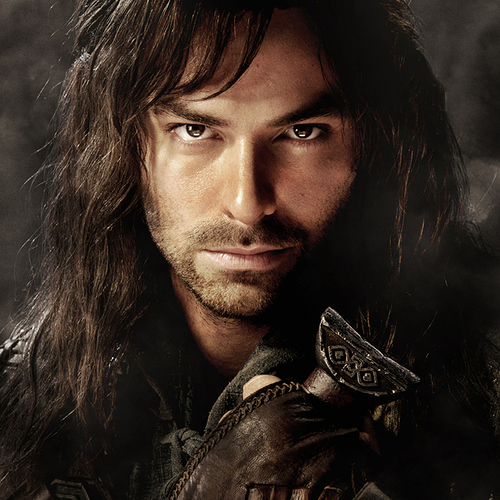 Maybe not as straight as I think I am? 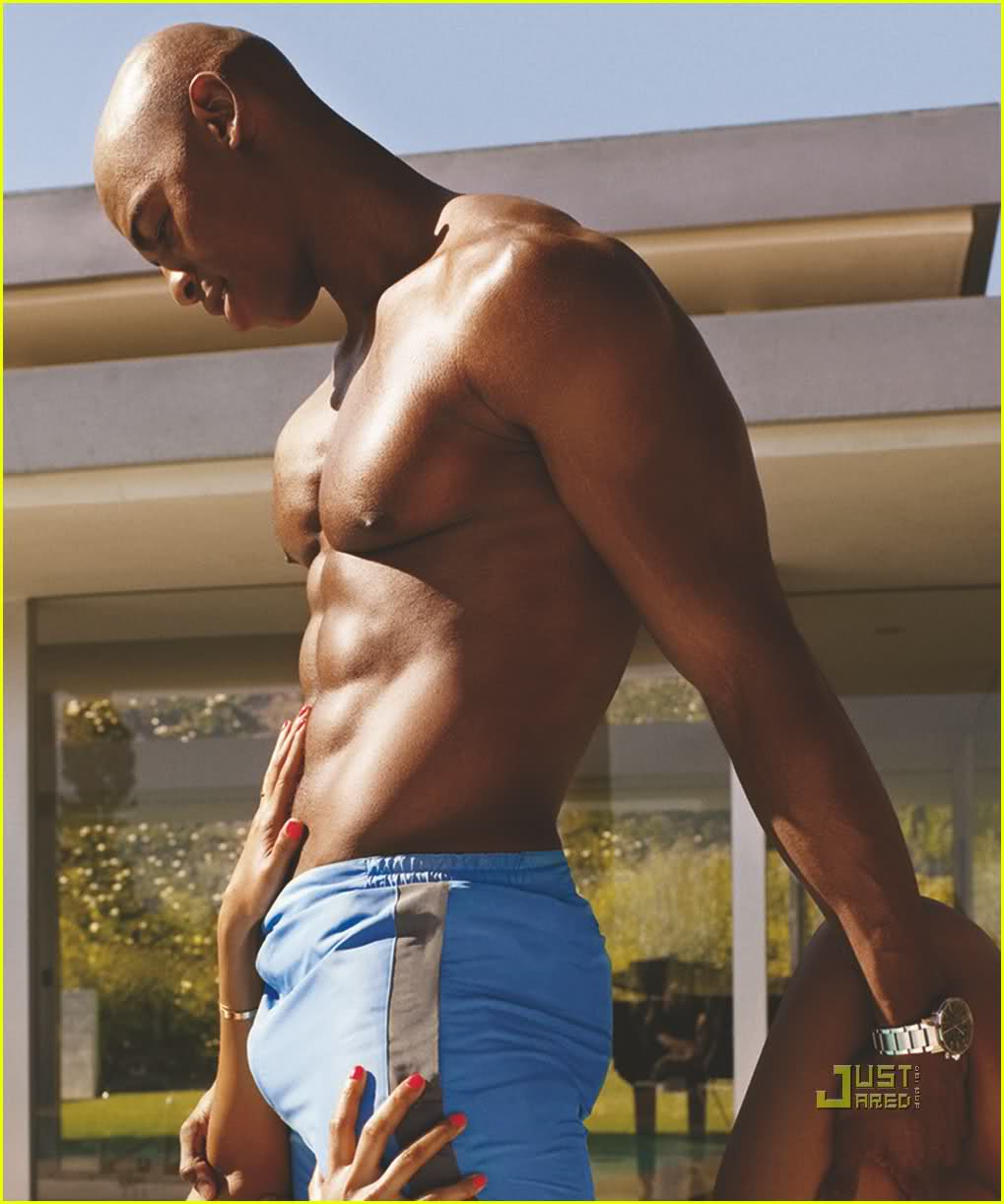 I know you may never had been antagonistic during those times, but comments like yours always bring up the memory, as it was quite possibly the first time a woman of authority and standing had leapt to my defense.

I know I keep bringing up Atwood, mostly because she’s been a constant in my life for many years. She consistently demands that people define “feminism” in any interview, conversation, etc. Does feminism mean equal pay for equal work? Yes. Does it mean pushing back against the patriarchy that objectifies women’s bodies? Yes. Does it mean recognizing that women are wholly realized human beings, capable of good, bad, and indifferent? Hell, yes. Her definition of feminism is humanism. That just because someone is a woman, it doesn’t make their opinion better when discussing “feminism.” I think here of Kelly Ann Conway using feminism as a cudgel against Anderson Cooper and his now-infamous eye-roll at her feeble attempt to defend Trump recently.

Just because “it was created by a woman” or “a woman calls out sexism” is not enough to defend or damn.

It sounds as if your professor understood this, which, at 20, I didn’t. I hopefully do now.

Funny you mention Atwood, though, because when I was an undergrad (and to some extent now), she was the cudgel with which to beat up your fellow students. The gods help you if you utter even the mildest criticism of even the most minor of characters in any of her books. I’ve had more than one woman declare I simply could not be a Canadian feminist if I didn’t adore every single last punctuation mark in everything she’s ever published.

And if you’re a man who says something like, “but I wish more people who want to explore this theme would check out science fiction by [other authors’ names here, including other feminist authors]” – well. Obviously he’s a misogynist.

A friend of mine and I joke we read Atwood but don’t tell anyone to avoid the conflict… and it’s basically true. I do love her writing style and the themes she explores, although as a non-WASP I find her characters much less relatable than I’m “supposed” to (and oh saying that out loud could get me in a lot of trouble in certain circles).

I even feel bad just making this post, which I guess is a sign it has to be brought up.

I have a question, just for the lulz. What do you all make, objectively, of this sort of physique? 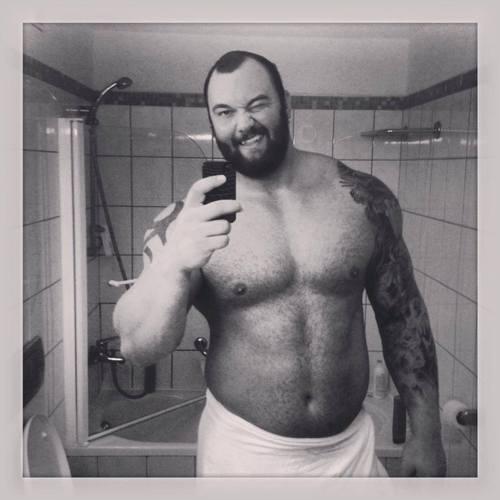 Just because there’s been some discussion of buff gym bodies, and I think at the extreme end some of what body builders do is kind of warped and even unhealthy. Like:

Body building and weight lifting are interesting.
They do have an aesthetically pleasing outcome, but they also mean things like: dedication, planning, eating well, being fit over all.

Granted, but there are shortcuts. Lots of protein shakes and a low-fat diet will build and show off your six pack, but you don’t have much energy in reserve to power it for sustained periods of work. Some people work exclusively on their muscles but they don’t build their core cardiopulmonary system to go with it, so they can press a billion tons a few dozen times but they aren’t up to much in a round of sportsball or a day’s labour.

So I admire the strongman physique of dudes like Thor Bjornsson, who are strong and fit as fuck but who still look kinda natural and unsculpted. Thoughts?

The huge muscles that look like someone spends half the day in the gym and the other half of the day obsessing over protein shakes is not a sexy look, to me. If I can’t imagine myself having a conversation with the guy on at least a few thousand topics, and be able to spend an evening reading books in the same room without talking, then no thanks.

Point taken. And for what it’s worth it’s the same for me as a guy; I realise it’s not very fair considering the expectations set by society, but if somebody looks like they are an expert at perfecting their looks it makes me think about how much time it takes to get good at something and all the other cool shit they could have done with that time instead. Give me someone who has better things to do. That said, I’m now with somebody who doesn’t spend a lot of time on her looks, but man. Even not a lot of time is still, like, a lot of time.

But anyway, maybe that’s why I like Bjornsson? He looks like he could have gotten that body rescuing cattle from avalanches with his bare hands. Probably he got it at the gym, but a man can dream.

What do you all make, objectively, of this sort of physique?

FWIW, I prefer your image to about half of the other cheesecake shots in this thread. In fact, I’ve noticed specifically that @Melizmatic and I seem to have very different eyes when it comes to physical attraction. Too sculpted and rock-hard (heh) is too much, for me.

if somebody looks like they are an expert at perfecting their looks it makes me think about how much time it takes to get good at something and all the other cool shit they could have done with that time instead. Give me someone who has better things to do.

So I admire the strongman physique of dudes like Thor Bjornsson, who are strong and fit as fuck but who still look kinda natural and unsculpted. Thoughts? 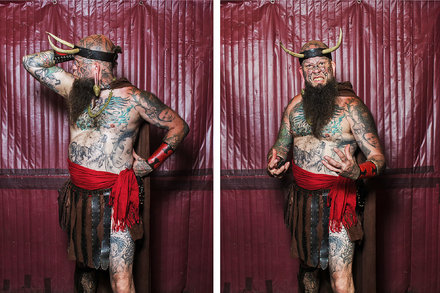 A Toothy Strongman Gets a Role at the Met Opera

In a most unusual audition at the Met, a bearded, pierced, tattooed strongman picks up the director — using only his mouth.

I have a question, just for the lulz. What do you all make, objectively, of this sort of physique?

He looks like he could stop a freight train, but also cuddly