Ironically, this post appeared on Boing Boing accompanied by a Calvin Klein ad featuring a fully clothed man and a naked woman. “Reveal more” (if you’re female). It’s pervasive. As a man, I’m partly responsible for that culture – and working to change it.

So what are we supposed to make of all the women’s health and fashion magazines that are marketed solely to women and also feature curved, skinny women on every cover and every other page? Are those also supposed to be for men? Or are they for women? Why exactly are we splitting hairs to beat up on comic books? Is it just for pageviews? It sure seems like it.

Much like men’s fitness magazines, they are meant to convey an ideal that women are supposed to aspire to, but it’s still an ideal that men find attractive.

The original article is on a comics blog, for people who like comics and also read about comics.

I’m sorry that not sexualizing women is “splitting hairs”.

Report bad ads! Many come out from Google randomly and we can nail ones that don’t fit.

Is there a system in place to do so? Maybe have a link directly below your ad space indicating the place to report bad ads?

I didn’t say attractive, I said aspirational, for the attention of men - I’m not sure if you’re aware, but those two words mean different things. Hence the argument that superheroes are aspirational for men, not created for the sexual edification of women who are reading comics… the point is the create a sense of an ideal woman for men, in both cases.

There’s implicit bias in any of those arguments

Of course… so are yours. We’re human beings with biases.

[more edited adds] Also, no one is calling for bans or anything of that nature here… just more awareness and maybe some changes on how people think about how women are drawn in comics. Maybe you should think about why you are so bothered by that?

Everything about the original post seems obviously correct to me. If there was no such thing as sex at all, male superheroes would still be drawn with ridiculous muscles because it evidently plays to some men’s power fantasies. At least there was a time when it could be said this played to boys’ childish power fantasies, which are much more excusable, but of course children no longer buy comics for the most part.

When I was a kid reading Marvel (back in the $0.25/copy days), I always preferred the superheroes who were at least vaguely in proportion, though. They all have cool powers and super-strength and toughness and all that even if strength is not supposed to be one of their powers, but the ones with muscles on their muscles always looked grossly inhuman to me. 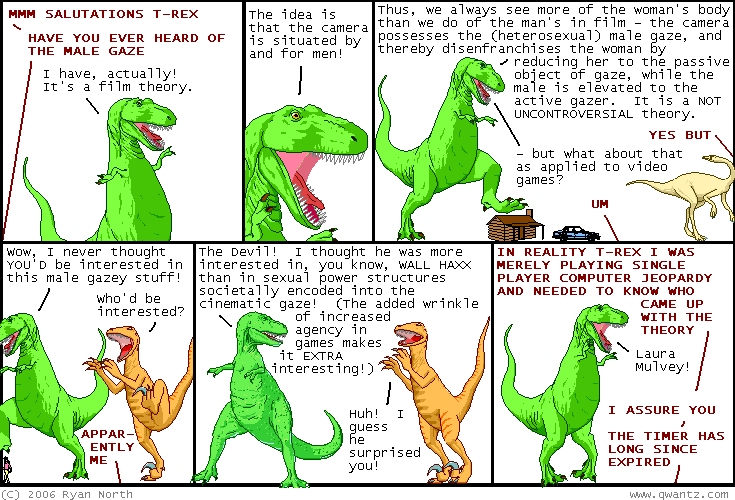 If magazines by women for women can’t raise themselves above aspirational pandering then I’d suggest the problem isn’t one created by comic book authors because of male readership. That we have to waste time assaulting comic books is at best a distraction, at worst a callous attempt to gin up pageviews from a hyper-liberalized mob of online activists.

In other news…Female Thor is outselling the old Thor by 30 percent.

If magazines by women for women can’t raise themselves above aspirational pandering then I’d suggest the problem isn’t one created by comic book authors because of male readership.

I’m sorry we’re not doing things on your schedule, boss.

That we have to waste time assaulting comic books is at best a distraction, at worst a callous attempt to gin up pageviews from a hyper-liberalized mob of online activists.

Someone got up on the wrong side of the gender-divide this morning. It’s my time. I get to decide what I want to do with it, and with your peculiar brand of rhetoric, I have to say that it injects some joy into the prospect of slaughtering your sacred cows.

You know, we can improve comicbooks and women’s magazines at the same time. Nothing says that we have to fix one thing before we fix another.

If magazines by women for women can’t raise themselves above aspirational pandering then I’d suggest the problem isn’t one created by comic book authors because of male readership.

You’re assuming that just because someone has a vagina that they will automatically be fully attuned to sexism in print media, or that they haven’t been socialized in a sexist society somehow… But it’s you changing the subject, not me.

I like comics and want them to be better for my daughter… what, precisely do you find so threatening about that?

If you were trying to make my case that irrationality is the driving force behind this, you’re doing a fine job.

Oh, no see… us wimmins should just shut up, sit down, and hope that some man comes along and validating us by finding us attractive as they find these half-clad female superheroes… it’s a blessing when a guy ogles us, you see, because that is the only way we have value in this world… duh!

You’re just proving my point. This isn’t a rational discussion of the gender divide, this is picking on comic books because you’re powerless to address real issues in a way that would generate change.