George Pendle on the death of space art

I got all the NASA concept art I need right here: 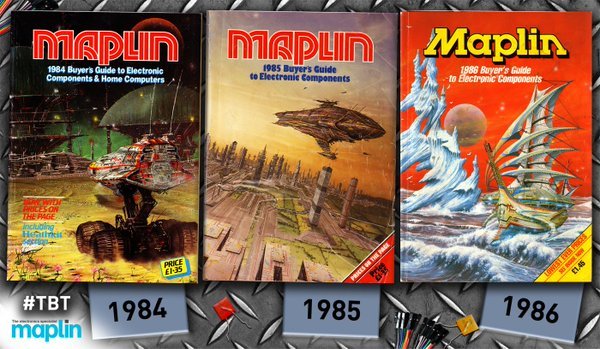 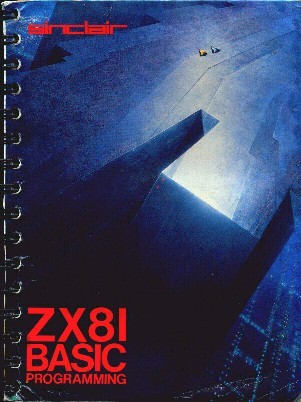 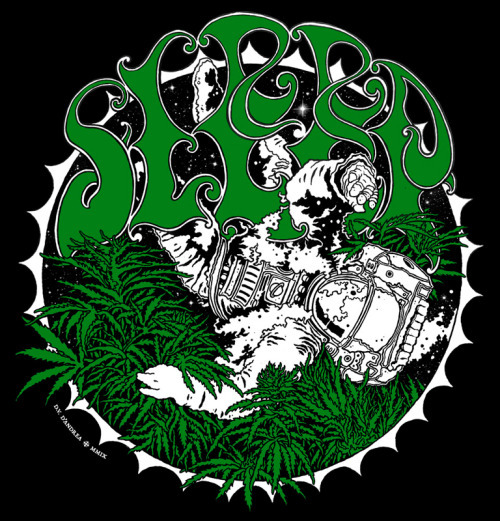 What happened is we found out it costs a shitton of money to go to the moon, and there’s nothing much there. Once that sunk in, the artists got busy with other stuff. 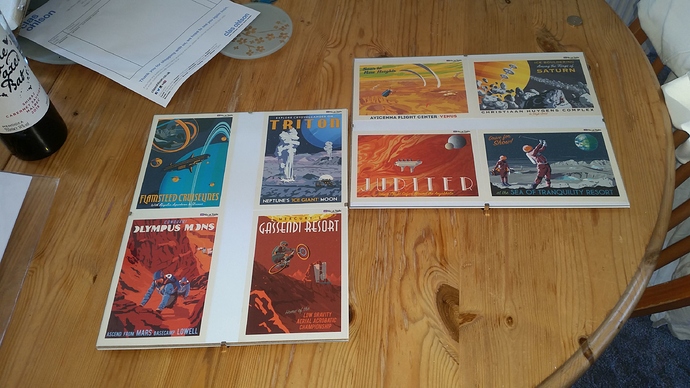 I have a fair bit of space art. Dyna-soar, Mercury, and Apollo mostly. I keep wondering how much it’s actually worth. 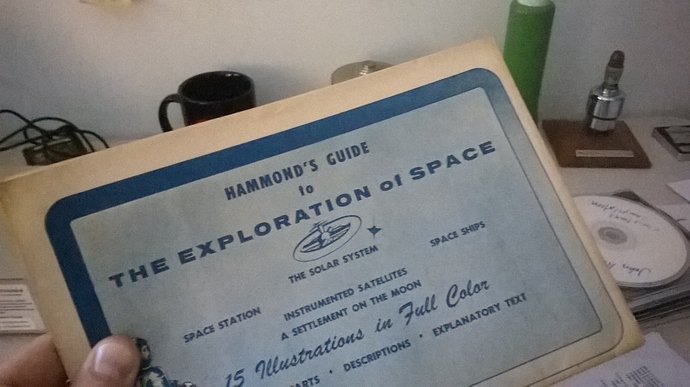 I found a great cache of Philip Bono-related space art from the Sixties on flickr recently, check it out: 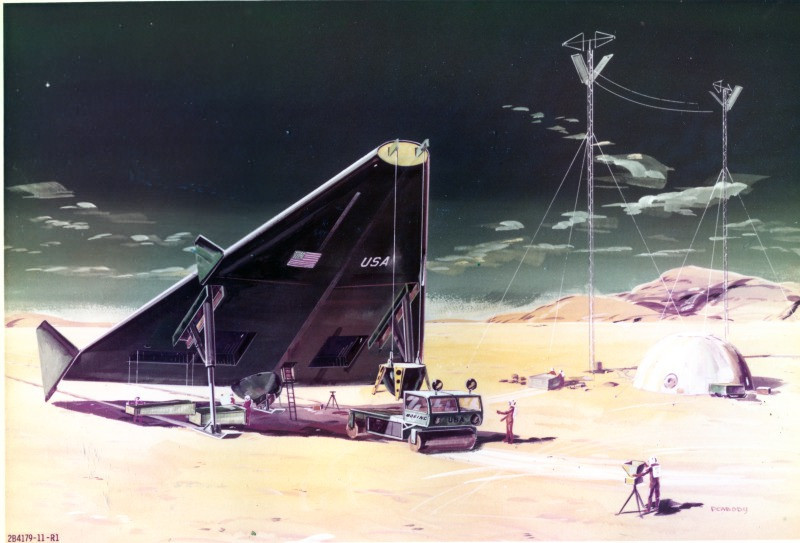 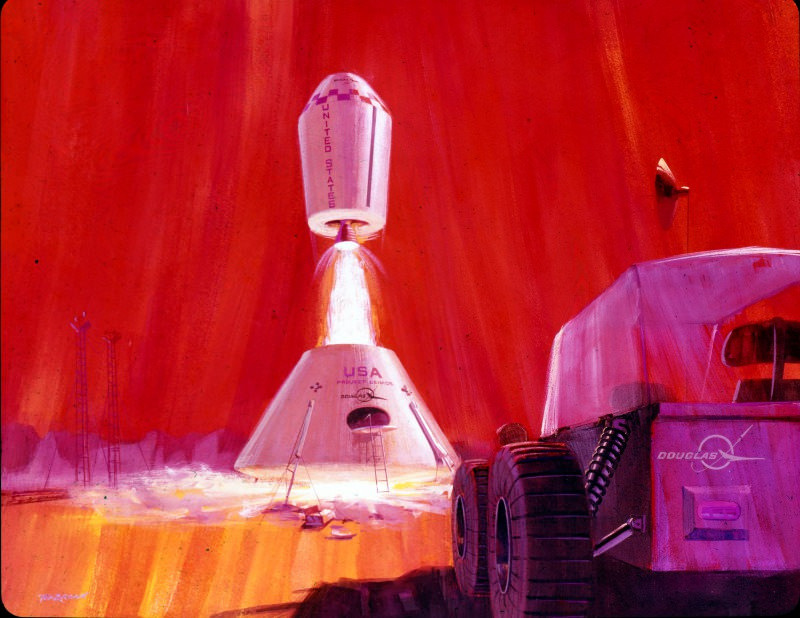 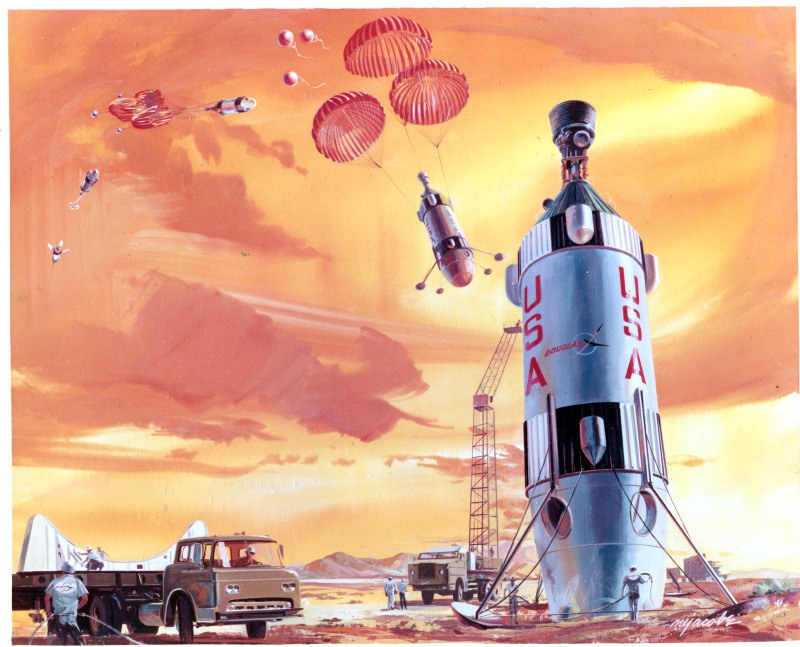 Great link! You can see a fair number of artist signatures, too. People often crop those, which is a shame.

Well, they’re clearly not shifting to work at Orion’s Arm. I like them over there, but, oy, the renders they have for most of the articles on the site are deep in the Uncanny Valley.

The above illustration is NASA concept art of a moon landing, from 1959.

Its an illustration of two moon landings.

Also note that NASA had been hiring artists for decades before Laurie Anderson. Case in point: Mitchell Jamieson, who was a combat artist during WWII as well as a fine-art painter, magazine illustrator, graphic artist and my graduate school professor and mentor. Mitchell Jamieson was an innovator in what we now call New Media.

From Wikipedia: "Mitchell Jamieson, 1963 Media: Acrylic, gauze, and paper on canvas In a silver-colored spacesuit, astronaut Gordon Cooper steps away from his Mercury spacecraft and into the bright sunlight on the deck of the recovery ship after 22 orbits of Earth. Mitchell Jamieson documented Cooper’s recovery and medical examination and accompanied him back to Cape Canaveral. Image Credit: Mitchell Jamieson All rights reserved Courtesy National Air and Space Museum, Smithsonian Institution This file is in the public domain in the United States because it was solely created by NASA. NASA copyright policy states that “NASA material is not protected by copyright unless noted”.

Mitchell Jamieson was an American painter. Jamieson was born in Linden, Virginia, in 1915. He studied at the Abbott School of Art and the Corcoran School of Art. In the 1930s, he traveled to Key West and the United States Virgin Islands to paint under the Treasury Department's Art Project, and received commissions to paint murals for post offices in Upper Marlboro and Laurel, Maryland; Willard, Ohio; and at the Main Interior Building in Washington, D.C. His works are in collections at the White H...

Frederick E. Fahdt is another, he did at least a few of the Dyna-Soar renders.

There is more concept art on mechs and robots and spaceships than ever before if you know where to look. It’s just all illustrating fictional fantasy stuff. Space art used to do that too, but we don’t have to wonder and imagine as much what the future will be like. The future has arrived, and it’s a disappointment. Kidding. Sort of. But we have seen so many places. Even the surface of a comet. 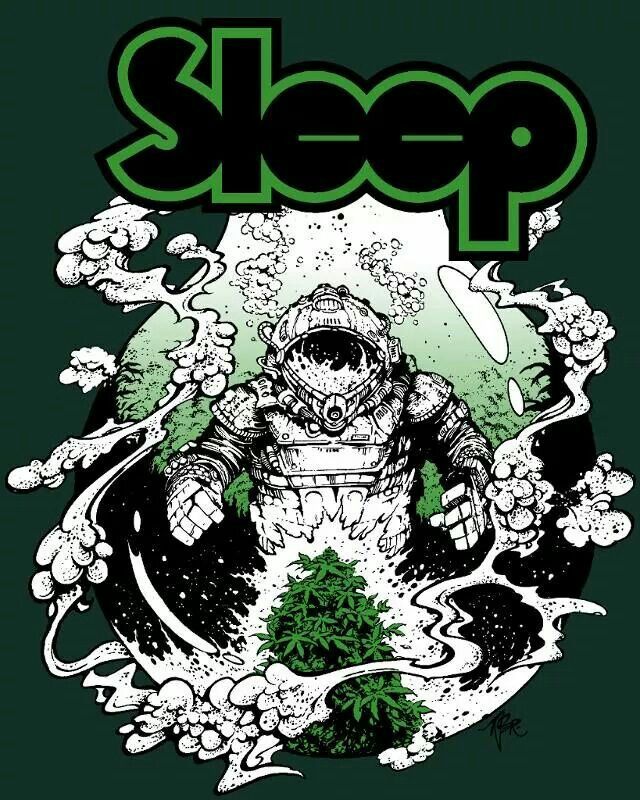 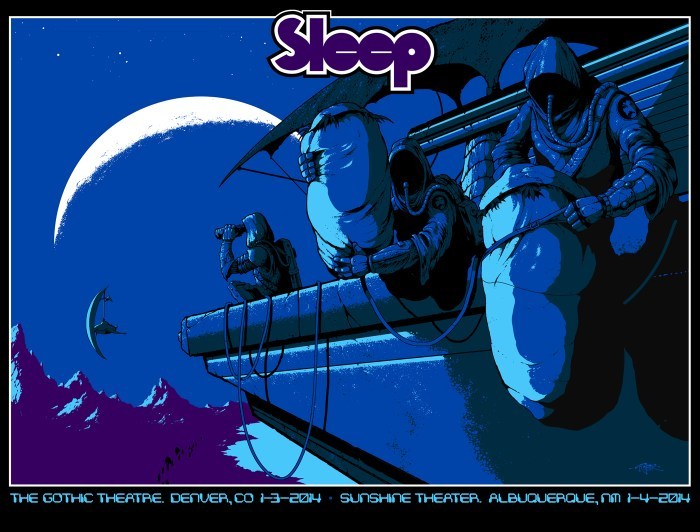 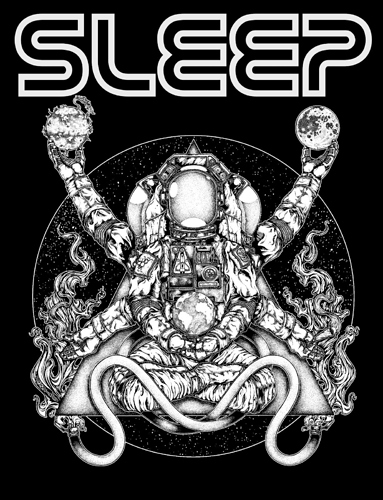 I once had a book buy the artist on those first 2 Maplin covers, but I don’t know the artists name to look them up again. Do you know it? There was some exceptional art in there that I really want to try and see again with adult eyes.

@FrontierJustice already posted a bunch of Sleep posters. I guess it’s not too surprising that stoner metal and space travel go together:

Was it Lionel Jeans? That’s a name mentioned on the Maplin Wikipedia page, but he may not have done them all. He did a lot of SF books from that era too so could well be your man.

Otherwise, I don’t know I’m afraid. Always thought Maplin were missing a trick by not offering prints or otherwise re-using those fantastic covers. There’s surprisingly little dissemination of and info about them online… 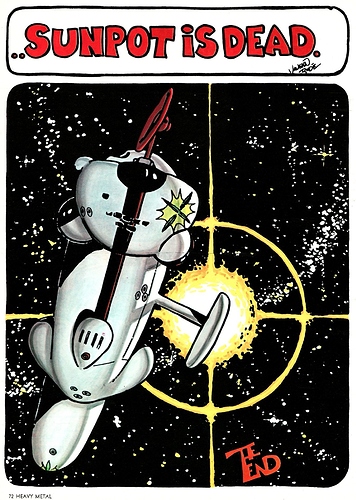