Get Ready to be Terrified by New Grimm's Fairy Tales Book

My God that looks wonderful!

Read the original stories many years ago (About 50 or so, good grief!) in a children’s fairytale collection my family had. Never gave me nightmares, but kids today are different.

I love the original stories (hate the Disney versions), and have gotten into them even more as I’ve been making compact shadow puppet theatres featuring fairy tales. 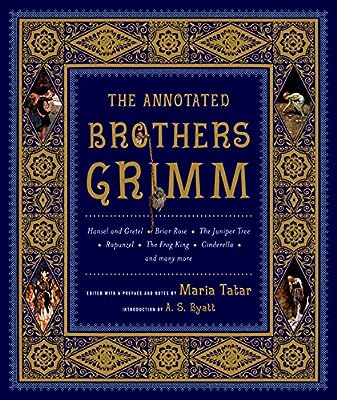 Celebrate the 200th birthday of the Brothers Grimm stories with this lavish volume now richly expanded for a new generation. Publication of the Grimms’ Children’s Stories and Household Tales in 1812 b ...

The commentary is interesting, for instance while Red Riding hood - a cautionary tale involving the obviously symbolic seduction - who knew that in older versions told in drinking halls that each time Red spoke to the wolf, she had to remove an article of clothing.

It is also interesting to note that the most powerful women are witches, who really are more independent and in charge - rather than princesses or damsels who only wait to be rescued.

Also interesting certain themes that arise in stories - like east of the sun west of the moon is known in different forms from Scandinavia to North Africa. Cinderella is also known as far as China.