As an Italian (also, a Swede), I read this kind of news with interest.
This is probably where we are headed.

A friend of mine put it very clearly:
“One Italian out of two prefers a government that is racist, sexist, xenophobic, reactionary, bigot, illiberal, and a bit of an asshole, to boost. The rest is just noise.”

Not surprising to learn that the organization responsible is named “Moms for Liberty”. The presence of the words “Liberty”, “Freedom”, and, most recently, “Truth” in the name of an organization is a gigantic red flag signaling that those involved stand for the very opposite of the concept evoked. (Note that ‘liberties’, as in the ACLU, is different).

It’s as if Orwellian doublethink came at us from the supposed grassroots, instead of being imposed top-down.

I have been making a living by coding for more than 40 years. I started when women in the field were rare - though, at the beginning, women made up the majority of coders (men thought it was as “easy” as being a secretary, then pushed women out when they found out how fun it is!

) This is really pissing me off.

York is not far from my hometown in the Alabama part of Pennsylvania, so I’m not really surprised. I am glad I got out, and coding was my ticket!

The school district now denies that the books were banned but, based on my experience, it’s more likely they did ban them, or at least had plans to, but withdrew in the face of public criticism. It happens all too often schools pull a book as soon as it’s challenged and, if they put it back, only do so after some kind of review.

Basically they ask “Are we going to get more heat for pulling it or leaving it?”

my hometown in the Alabama part of Pennsylvania

I see what you’re getting at. Not the “real” Pennsylvania. So bad, it’s “other,”–Alabama.

Hmm. PEN America says they were banned from classroom use.
The article you link to says “This book series has not been banned, and they remain available in our libraries.”

So, it sounds like the books aren’t banned, but teachers are banned from assigning them.

I missed that–thank you for the clarification. So basically it’s a “soft ban” but still no explanation given for why teachers are explicitly told not to assign the books.

Most people call that area “Pennsyltucky.”

This is also the same school district (I believe) that decided around 2002 or 2003 that creationism should be taught in high school science classes alongside evolution. Took a court case to get them to back down from THAT little piece of stupidity.

But banning these books? Oh, so it’s NOT about CRT or LGBTQ+ information? Weird… wonder what it could… 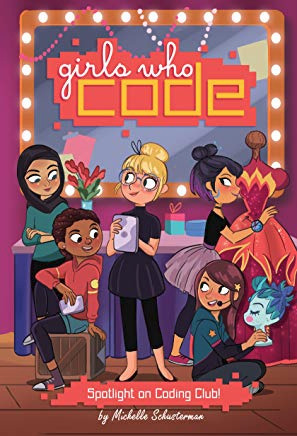 With a side helping of islamophobia I’d guess

Most people call that area “Pennsyltucky.”

Almost as funny. But it doesn’t have quite the “stereotyping the ‘other’ so that we can norm the ones we like” vibe.

Pennsylvania is Philadelphia and Pittsburgh with Alabama in between.” — James Carville

ETA: I am from the Alabama part of Pennsylvania, in case that wasn’t clear.

I used to joke about The Law of Inversion of Superlatives in Food Labelling. Specifically: if it says gourmet on the box, it ain’t. Apparently something similar applies in politics.

Jane Johnson, said: “What we are attempting to do is balance legitimate academic freedom with what could be literature/materials that are too activist in nature, and may lean more toward indoctrination rather than age-appropriate academic content.”

indoctrination (Oxford Languages via Google Search) - the process of teaching a person or group to accept a set of beliefs uncritically.

Seriously? We’re supposed to just mindlessly accept that girls can code because a book tells us that? Now that’s some indoctrination I can support!

(And, fuck you Jane Johnson for your fearmongering, lying, and hypocrisies.)

What in the ever loving of what the actual fuck? this pisses me off to no end. I don’t claim to be super charitable but this is where my smile.amazon charitable contributions go. Just wtf is the basis for banning these books?

So what justification did the Pennsylvania school district give for banning this book when repeatedly and pointedly asked by the media and everyone else!?

And lest it be a controversial attitude: Banning books, any books, is always wrong. (@#$!!)