[quote=“xeni, post:1, topic:67810”]
Judge Marvin Wiggins told drug offenders and other minor criminals in his courtroom that if they cannot afford to pay fines, they can literally pay him in blood at the blood drive happening right outside.
[/quote] [Emphasis added]

This is a BRILLIANT idea.

It seems I missed that tiny detail. 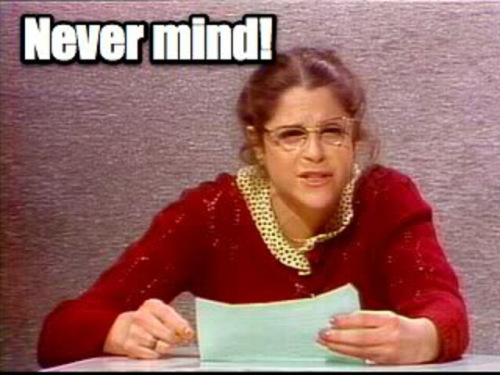 Technically, a unit of whole blood weighs 570 g. Slightly more than a pound.

Donating won’t kill you, though it’s not wise to engage in exercise for a number of hours after donating.

There are a number of exclusions that could potentially apply to criminal defendants–among them, IV drug use, prostitution, being held in detention for more than a certain number of hours/days…

The judge didn’t “order” anyone to give blood. He provided an alternative to paying a fine or going to jail to apparently try to help the blood drive. At no point did he say “You have to do this as your only option”.

Was it a type of coercion, sure but it just seems all of the reactions in the article made it sound like that was the ONLY option given.

I dunno. Wouldn’t this be similar to “community service”? Sounds like a quick option to get out of that. But then again, if they are drug users, especially needle users, they are generally in risk categories that lead to their blood not being wanted by blood banks.

It is a service to the community to donate blood, yes. Mucking about with the principle that it is a freely given donation just seems like a wrong idea,

I’d be ok with it being an OPTION - not mandatory. Community Service is mandated as punishment some times, but if you were giving various options on how to fulfill that obligation.

Though, I should also re-iterate that for drug offenses there should be no punishment.

Mucking about with the principle that it is a freely given donation just seems like a wrong idea,

Not just a wrong idea -it is a human rights violation -> see Article 3. and 5. of the Universal Declaration of Human Rights

have you ever donated blood?

You answer a few questions. The phlebotomist hooks up an IV. You squeeze a ball and read… After 10 minutes or so, it’s over. You’re bandaged up and given a cookie and some juice. After a couple of weeks you can donate again.

It’s not as if you wake up in icefilled bathtub with a note telling you to call 911. 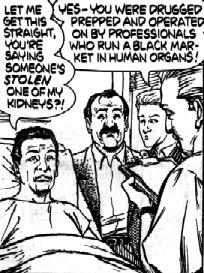 Technically, a unit of whole blood weighs 570 g. Slightly more than a pound.

Yes. I wasn’t speaking about donating blood in general but about forcing someone to do it. Not doing it freely is a violation.

From the times article:

Mr. Crocker, 41, who made the recordings of Judge Wiggins, also recorded the employees of the mobile blood bank, who seemed fully aware of the sentence-reduction arrangement. Mr. Crocker said he grew even more uncomfortable later, after he recognized the blood bank, LifeSouth Community Blood Centers, which had recently lost a $4 million judgment for an H.I.V.-tainted blood transfusion.

Why would he be uncomfortable? The blood bank drew blood from a HIV positive donor, which was then infused into a patient. The act of donating blood does not [ed.] pose a risk of infection-- the needles and collection devices are single use items.

Why would he be uncomfortable? The blood bank drew blood from a HIV positive donor, which was then infused into a patient. The act of donating blood does pose a risk of infection-- the needles and collection devices are single use items.

I think he would be uncomfortable because a blood bank that had recently put HIV tainted blood into use was being encouraged to take the blood of drug users? I don’t know the details of the drugs in use, though, so it may or may not have been a very high risk group.

Article 3.
Everyone has the right to life, liberty and security of person.

Article 5.
No one shall be subjected to torture or to cruel, inhuman or degrading treatment or punishment.

Article 3 would seem to prohibit imprisonment, and “torture or cruel, inhuman or degrading treatment” is an odd way of describing a phlebotomy.

Given that not catching HIV in a blood sample during processing now qualifies as negligent and/or incompetent, this isn’t the 80s and we have the technology, I would be a trifle concerned that there may be…other areas of potential improvement…that might affect the safety of other parts of the process.

It is true that all the extraction hardware should be single use and sterile; but it’s hardly unheard of for organizational incompetence to hunt in packs.

The Red Cross does not allow blood donations from IV drug users because of the risk of a Hepatitis infection:

All blood donations are tested for hepatitis B and hepatitis C with several different tests. But because these tests are not perfect, it is still important for people who may be infected with hepatitis viruses to not donate blood.

it’s the being in court on drug charges. I suspect that the rate of innocence is higher than it should be; but I’d be surprised if the cops are performing purely at chance.

of course it’s not chance:

In Alabama, African-Americans make up less than 25% of the population – but 60% of the marijuana-possession arrests. … Increasing arrest rates don’t correlate to marijuana usage rates by race – more whites than blacks said they used marijuana in surveys every year between 2001 and 2010.

with arrest rates for possession so skewed, it seems hard to believe that the arrests themselves are by and large legal and valid. ( and not, for instance, just a method of harassment. )

at any rate, the op’s link leads with:

The docket listed hundreds of offenders who owed fines or fees for a wide variety of crimes — hunting after dark, assault, drug possession and passing bad checks among them.

so there’s nothing here at all which says the people in the court room differed in drug usage rates from the population at large.

The judge didn’t “order” anyone to give blood. He provided an alternative to paying a fine or going to jail to apparently try to help the blood drive. At no point did he say “You have to do this as your only option”.

Tell people who can’t afford to pay their fines that they either give blood or go to jail is not really a choice.

The Human Rights and Constitutional Rights project, funded by Columbia Law School, has defined four main areas of potential bodily integrity abuse by governments. These are: Right to Life, Slavery and Forced Labor, Security of One’s Person, Torture and Inhumane, Cruel or Degrading Treatment or Punishment.

Bodily integrity is the inviolability of the physical body and emphasizes the importance of personal autonomy and the self-determination of human beings over their own bodies. In the field of human rights, violation of the bodily integrity of another is regarded as an unethical infringement, intrusive, and possibly criminal. It is one of Martha Nussbaum's ten principle capabilities (see capabilities approach). She defines bodily integrity as: "Being able to move freely from place to place; bein...