Two dollars is a small price to pay to win the War on Drugs.

I don’t really need any more evidence to prove that the War on Drugs is the single biggest erosion of civil liberties and it really needs to stop.

While the shoddy chemistry, and childlike faith in it, are disturbing; the really ugly bits are the percentage of cases that end up being resolved through cursory plea bargaining and the fact that it’s so easy to get a guilty plea out of indigent defendants because if you can’t post bail pleading innocent can leave you in prison substantially longer than pleading guilty.

The fact that the field test kits are only slightly better than dowsing for drugs is bad; but the fact that all it takes is “a patrol cop thinks you did a crime” to make pleading guilty the faster way out of jail even for the innocent is an all-purpose producer of miscarriages of justice.

But St. Ronald was the Freedom President who made America Free! How could one of his programs possibly be at the forefront of making a mockery of rule of law?

I’m just cynical enough to believe that some cops don’t even care whether the test comes up “positive”, and that it’s merely a bit of theater they go through when looking to throw somebody in jail.

a lifetime as a felon

Incarceration is not the only motive. Drowning people in a never ending maze of for-profit treatment and counseling, prison slave labor, for-profit prisons, monetizing a whole slew of more banal contracted-out criminal justice services (and stripping voting rights; 1 in 3 blacks in the South can no longer vote) is very profitable to the type of people that go golfing with politicians, judges, and legislators. I have a friend (black, surprise!) who was ordered to attend 90 days of treatment for drug possession (3 times a week, $80 a ‘class’, $110 a pee test once a week). During his last week, they told him his last drug screen had returned an ‘inconclusive’ result (literally ‘neither negative nor positive’, which they counted as ‘positive’), and he would have to do ANOTHER 90 days of ‘treatment’ (he swears he hadn’t had a drop of alcohol and I believe him). He asked around and discovered that was common for that particular ‘treatment’ provider. If he would have been kicked out of that private for-profit ‘treatment program’, he would have had to return to court for a whole new round of criminal justice fun. When/if you get off that treadmill, you are in for a lifetime of begging for substandard jobs, substandard housing (landlords prey on the convicted with exorbitant deposits which they often keep regardless of the agreement). This post is half of the story. The other half is what the system does to the unfortunate souls who get caught up in the dragnet. The War on Drugs is an atrocious affront to human dignity and ethics. I have a hard time understanding how law enforcement officers don’t see this for what it is, and it’s a big part of why I default at distrusting them on the most basic level.

Disclaimer: I am a drug felon. One run in with law enforcement netted me 9 felonies. I got a separate possession charge for every piece of paraphernalia in my possession. I had less than .05 grams of heroin, a syringe and a spoon, and six EMPTY plastics in my pocket that I had accumulated in my pants pockets over the week (this is where they nailed me) . Since I had a prior conviction for possession, I was facing 18 months in prison. Lucky for me, this was the straw that broke my back, and I was able to talk a humanist judge into letting me plead guilty to all charges and then conditionally set them aside to be dismissed contingent upon my successful completion of drug treatment (which, thank god, my state had a methadone clinic that was able to get me in asap, or else I would have most certainly failed). This was 16 years ago, and I’ve been straight since. My arrest record and felony have made life pretty difficult, and I don’t see it getting better, even if I am able to finish the expunction process (as Cory mentioned, the internet never forgets). I have to rehash this part of my life and dredge this stuff up several times a day every time I go job hunting or apply for a rental.

I am happy to see that this issue is starting to see the light of day. Apologies if I get a little shrill about it, but it hits close to home. I was just a stupid kid then, and it took me a long time to discover that I was self-medicating for a problem I didn’t even know I had. I can’t help but wonder what my life would have been like had I belonged to a culture that saw my drug use as a sickness instead of a crime and offered to HELP instead of plunging me into the darkest place I have ever been. Maybe after we get somewhere with the extrajudicial assassination of restrained/unarmed/innocent black men, we can begin working on the War on Drugs. 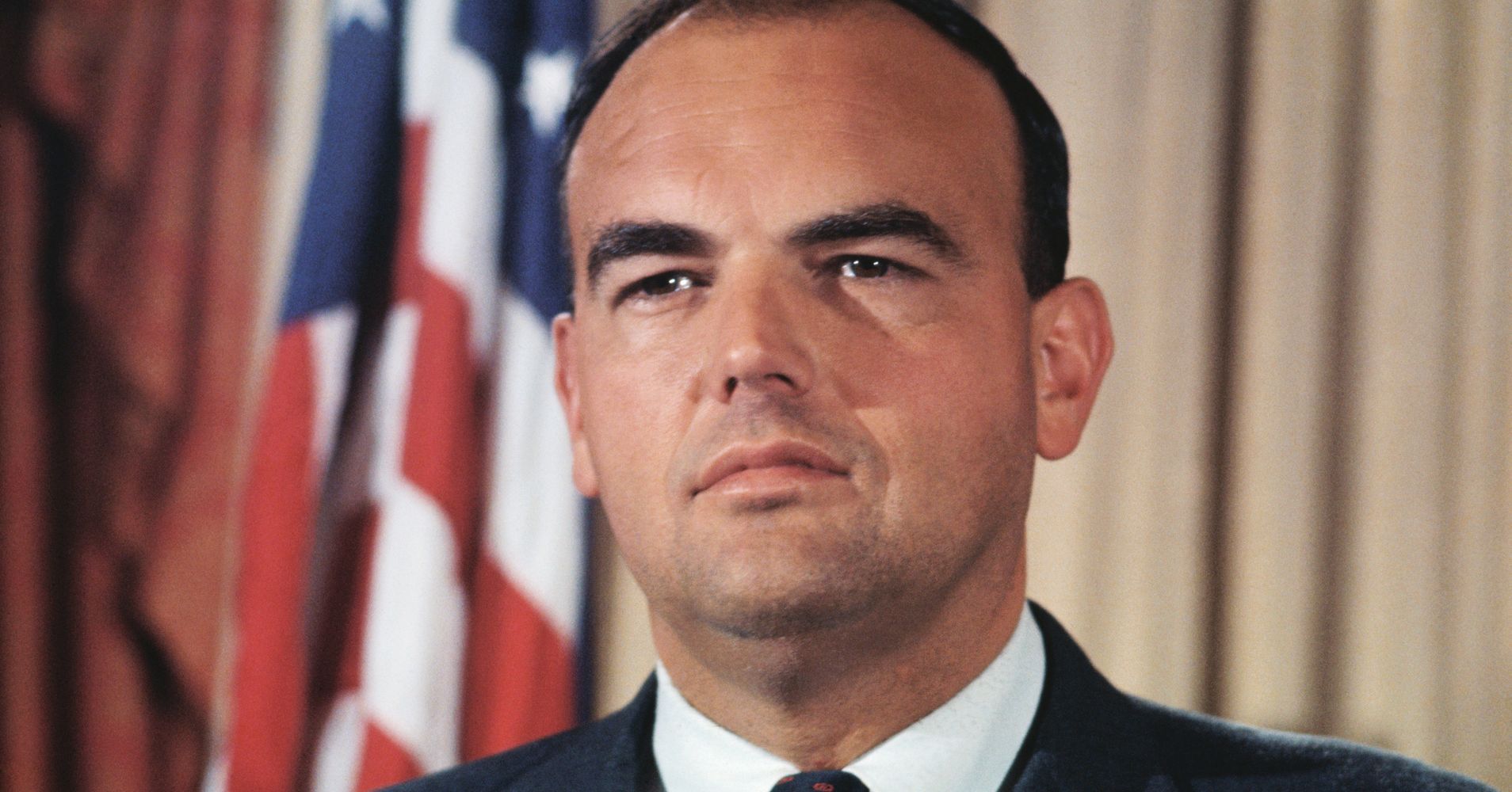 "Did we know we were lying about the drugs? Of course we did."

Reagan and everyone else just continued it.

I am happy to see that this issue is starting to see the light of day.

The demonizing of illegal drugs has only made the problem worse. Pretty much EVERYONE has abused drugs at one time or another. Usually it is the legal stuff, or maybe quasi-legal. A guy on heroin is less of a threat to me than a drunk driver, but there are cases where people get multiple DUIs and never get a felony.

I am preaching to the choir here, but I really think drug reform would go a long way in healing this country.

I agree with one exception. Not all drug use is necessarily a sickness. Many of us enjoy alcohol and even cannabis and use without abusing. The problem with treating all drug use as sickness is the current problem of the courts giving people the option of treatment or jail. If you can’t afford the expensive and often useless treatment, you go to jail. The war on the poor continues.

Of course the police officer involved in destroying this woman’s life provided a smug “no comment” when asked to contribute to this story. If the police officers and prosecutors jobs and pensions were in as much danger as the freedom of those wrongly convicted, we would see fewer wrong convictions.

The $2 roadside drug-test kit is the go-to weapon of the War on Drugs, despite its incredibly high failure rate and the scientific consensus that the tests need to be validated in labs later

I would never ever in a million years trust something colorimetric that costs $2 and is supposed to identify a range of substances against literally everything else. Allow me to explain. It’s one thing when you’re talking about a pregnancy test, for instance. Those are very reliable, but they’re reliable because they’re only ever tested against urine. People don’t expose them to sandwich crumbs or aspirins, they don’t douse them with mystery liquids, and the molecules you’re looking for are huge protein structures.

Cocaine, meth, or THC all have comparatively abbreviated structures with relatively few active sites. You can look at my explanations in the ELI5 thread for some details on how chemists resolve detailed structures, but the gold standard here is still GC-MS. This technique sort of produces basically a molecular fingerprint and doesn’t rely on the faulty flow-chart logic of, “If it reacts or binds with this, this, and this, it must be this.” I’m not familiar with the exact chemistry of these strips, but we’ve already seen that they can be fooled by random debris, so I’m assuming that they use at least some kind of faulty reactive system.

I suddenly have an idea for a YouTube video.

… it’s the modern equivalent of branding black Americans, leaving them marked for life as less equal.

It’s a convenient dodge around their constitutional, cival, and human rights

This is why jury trials are important. I was on a jury for a DUI case an it came down to the forensics. The defendant was pulled over because he swerved to avoid Johnny Invisible Pedestrian and the police pulled him over because they claimed that he should have seen the dude who was wearing dark clothes and jay-walking in a non-lit area. The defendant admitted to drinking the equivalent to two 12-ounce beers just before driving and he was a huge individual. The police officer had the defendant wait 45 minutes before blowing into a breathalyzer, at which time the BAC had increased. We then hear that the breathalyzer had miss two successive calibration periods. Oops. The guy walked.

Jurors do understand these things and his defense attorney knew this.

Well, we all know that “it is better that ten innocent persons suffer than that one guilty one escape.”

One other important (and unsurprising) finding: black people are significantly more likely to experience wrongful convictions than white people.

And this is yet another flaw in the oft-touted conservative go-to claim: “But statistics show that blacks commit more crime than whites! I’m not racist, it’s just facts!”

Not all drug use is necessarily a sickness.

Yeah, I agree 110%. What constitutes drug use isn’t black and white at all anyways. Very much of our culture is about fixing problems with technology and chemistry. People use sex, sugar, caffeine, technology, etc for some of the same effects they use drugs. Over the few years I was at the methadone clinic, myself and others were on a dose of opiates that would kill opiate-naive people very quickly (which was roughly equivalent to the amount of street heroin we were struggling to procure before, but with a much longer half-life. So we could dose once a day instead of 3-5 times), yet most of us were fully functional, happy, employed artists, teachers, janitors, warehouse workers, and an executive from a household name tech company. I believe it’s up to the user to decide, which is increasingly harder to do under the burden of the cultural apprehension and institutional paranoia we’ve manufactured and accumulated over the last few decades. If your use of a substance is causing you problems and you want to stop but can’t, that’s a problem. If you are an avid user and it’s not causing you problems, it’s up to you to decide. I know for a fact my own trajectory would have been very different were opiates an over the counter drug (as evidenced by my experiences at methadone clinics). I don’t want to go off on a tangent though.

Makes me want to run screaming form this country.

Hope you don’t mind, but I fixed that for you.

“Fox News didn’t tell me that so it must not be true!”

Plus, even chemistry indistinguishable from magic can’t confirm the presence or absence of legality-particles in a sample.

I’ve got a little bottle on my desk that would check out quite well indeed for amphetamines(at least it should; if not, Activis Pharma needs a beating); but it’s 100% on the up-and-up. If I were to sell some of it to you, the legality-particles would vanish; but the finest analytical chemists in the land would detect no difference, because there wouldn’t be one.

It’s rather like watching Team Lawyer encounter the fact that when dealing with digital stuff, there is no difference between ‘the original’ and ‘the copy’ that can be discerned by even the most subtle analysis of the bits. Various systems provide metadata(whether in the form of prescription records or filesystem timestamps) designed to make life easier; but the item itself is indistinguishable because it is identical.